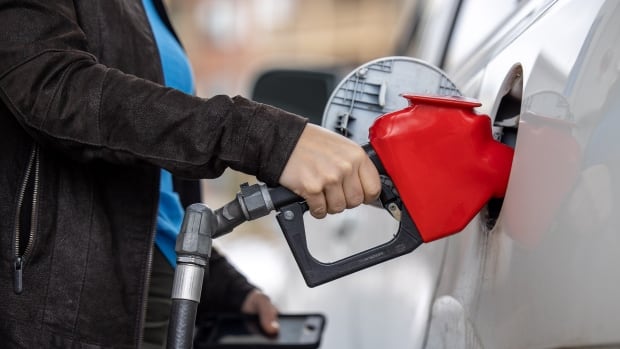 
After an extraordinary level of attention has been focused on energy prices over the last 12 months, the spotlight will likely continue during the year ahead.

As the Russian invasion of Ukraine caused commodity prices to spike, fuelling a sharp rise in inflation, concerns over energy security became paramount, especially in Europe, leading world leaders like Justin Trudeau and Joe Biden to urge the oilpatch to ramp up production quickly.

North American oil and natural gas companies weren’t able to respond to the increased demand for energy around the world as much as initially expected, even as energy supply continued to be a highly politicized global issue.

And who was left feeling the pain? The consumer, of course.

For much of 2022, there was month after month of sky-high prices at the pump, on utility bills, and just about everywhere else because of the trickle down effect of energy prices on inflation.

“This year has not been boring by any stretch of the imagination,” he said.

And 2023 could be an interesting follow-up act not only because of oil prices, but many other aspects of the energy industry, such as a rapid rise in EV charging stations across Canada.

Recently, the benchmark North American oil price, a crude blend known as West Texas Intermediate, has been down about 40 per cent from its wartime peak.

That’s providing some level of relief for drivers, while also slowing down the rate of inflation.

Unfortunately, it could be short-lived.

Many countries don’t have much of a stockpile of oil, and refined fuels like gasoline and diesel could cause prices to spike, Salazar said, especially when combined with the expectation that the economic slowdown may be relatively minor.

“You’re running on empty going into next year,” he said. “We see [oil prices] going into the hundreds next year and staying there.”

In a recent report, energy forecasters at RBC Capital Markets are anticipating oil prices around $100 US per barrel for both 2023 and 2024, which they said “may appear lofty,” but is based on supply, demand and the general lack of investment in producing more oil.

Filling up your tank hasn’t been as dreadful lately as it was several months ago.

Average gasoline prices across the country have been around $1.40/litre in recent weeks, compared to a peak in June of about $2.14.

Diesel prices have fallen slightly from a high of about $2.30/litre in November to just above $2 to end the year.

A rebound in oil prices would cause those fuel prices to bounce upward again, which would also impact food prices and inflation, in general.

Speaking of oil and gas, two multi-billion-dollar pipeline projects in Western Canada could be completed in the next 12 months, after years of delays and cost overruns.

The Trans Mountain expansion pipeline would essentially twin the existing oil export pipeline from Alberta to the West Coast. The project has faced considerable opposition, along with financial and legal challenges. The federal government purchased the project in 2018 and some Indigenous groups are still pursuing potential ownership. Construction is about 75 per cent complete.

“It will be the final major pipeline that’s coming on-stream of all the projects that, if you pardon the pun, were in the pipeline in the first place,” said Rory Johnston, founder of the Commodity Context newsletter, as he referenced several failed oil pipeline proposals in the last decade such as Energy East, Northern Gateway and Keystone XL.

“After that, there are no other projects that have been discussed,” he said.

Meanwhile, the Coastal GasLink pipeline, which would transport natural gas from northeastern British Columbia to the coast, is part of the LNG Canada export facility that is still a few years from completion. Coastal GasLink has faced its share of opposition and challenges and at this point, construction is about 80 per cent complete.

Both pipeline projects are expected to be finished in 2023, although considering their history of delays, it wouldn’t be much of a surprise if work continues into 2024.

The country’s wind and solar power industries are expecting 2023 to be another banner year.

Canada’s largest solar project, Greengate Power Corp.’s $700-million Travers development in southern Alberta, began producing power in 2022 and is expected to be complete by the end of 2023.

It’s just one of several large green energy projects across the country that will increase the amount of solar and wind electricity.

Much of that growth is in Alberta, where solar and wind produce about 26 per cent of the electricity in the province.

Solar generation in the province is now at the level the Alberta Electricity System Operator had forecast last year would not be reached until 2033, the Globe and Mail recently pointed out.

The number of electric vehicle charging stations across the country is set to grow yet again in 2023.

The growth is particularly noteworthy for those who are considering the purchase of an EV but have some anxiety about running out of power on the highway.

Recently, Shell and Petro-Canada also announced plans focused on EV charging as part of a long-term strategy to boost revenue and offset anticipated lower gasoline sales in the future.

There are already more than 8,000 EV charging stations available to the public, according to Natural Resources Canada.

“In terms of public infrastructure, it’s not really a real barrier to adaption [of EVs] at this point,” Clairman said, especially considering most people charge at home.

“The biggest gap is multi-unit residential. It’s pretty easy to put a charger in at home if you live in a single-family home. Where it is not easy, is if you live in multi-family units. Sometimes it’s costly, sometimes it’s not even possible,” she said.

How electric cars are creating new challenges in car safety

How electric cars are creating new challenges in car safety