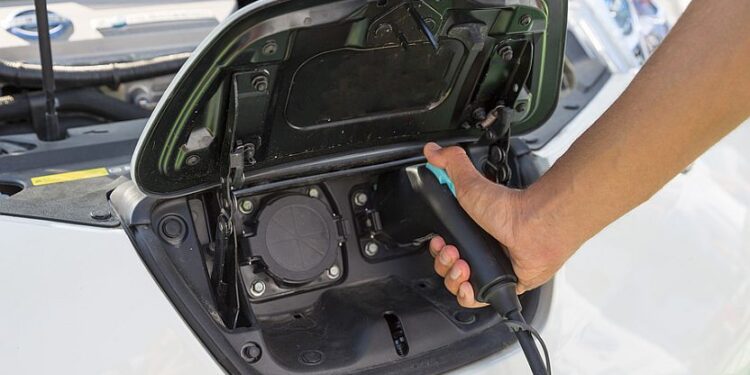 Questions about EVs and the future of electrification do not stop with Tesla and its controversial CEO.

In 1987, Fleetwood Mac released their latest album Tango in the Night, which contained the Christine McVie penned hit, “Everywhere”.

Thirty five years later, Everywhere is the theme song for General Motors’ new line of EVs, and there’s an EV in EVerywhere and in ChEVrolet, get it?

Stuck on the sideline since the introduction of GM’s EV1 in 1996, electric vehicles are beginning to make some noise.

California has decided to ban the sales of new gas-powered vehicles starting in 2035. Of course, gas powered cars will not be banned in toto and there are about 25m on California’s roads today.

The California announcement does put the future in some perspective, gas till 2035 and then completely electric?

Is civilization ready for this magnitude of change, only 13 years away.

In the land down under, Australia Bank will provide auto loans only to buyers of electric cars, starting in 2025. That’s only 24 months from now. This ban on loans contains the implied use of coercion, you can’t buy a loan for a gas-powered car, so you’ll have to get an EV. Or a different lender.

But what about consumers who are ready to buy now? Should they stick with the past, because everyone already knows how it works? Or should they be early adapters who are willing to risk some inconvenience for a stake in the future? Brian Maas, president of the California New Car Dealers Association, has a front row seat to the battle for California’s energy future.

“The best dealers want to meet the needs of customers, and the way they do this is to interview the customer, as to what kind of performance they’re looking for, do they want to sit up high, and fuel type is one part of that conversation.”

“There are over 25m passenger cars on the road in California, and they’re going to need fuel. The 2035 mandate only applies to new cars, so the transfer to all electric is probably not happening in your lifetime.”

Speaking of chargers, they take a long time to top up the tank, what if they were installed in office buildings so you could charge while you work?

“That scenario would apply to a very small percentage of Californians, and more are working remotely, so you’d have to go to the office in the first place. Having a charger at work isn’t going to work if you work in a restaurant.”

More consumers might take a chance on an EV, if there was less of a price differential between gas and electric models.

According to the CNCDA’s 3rd quarter newsletter, EVs approached 16% of new car sales in 2022, but this is driven by Tesla models taking the top spot in the Near Luxury and Luxury and High End Sports Cars categories.

“Consumers are smart enough to know what they can afford, so the price differential between electric and gas has to be close enough to where price isn’t the determining factor,” says Maas.

“You have to get to a place where the consumer wants a blue car and the EV and gas powered are close enough in every respect so that colour becomes a factor.”

Assuming manufacturers can get inflation-weary customers interested, bringing EVs to critical mass in the crowded auto market will require one of the great mining frenzies the world has ever known, particularly for copper, cobalt, and lithium which are featured in EV battery production.

Leaders from the US and Australia recently entered into a technology sharing initiative to keep China from controlling the world market for lithium.

Less Optimism From The Silent Majority?

Manufacturers are mixed on the EV future. While Ford and GM are remaking their companies to accelerate electric development, evidence indicates growing caution elsewhere.

A recent KPMG survey finds auto executives less confident than last year about the impact of all-electric vehicles in the US and globally by 2030.

For the US, the median expectation was 35% of the new vehicle market, down from 65% a year earlier and less than the Biden administration’s 50% goal by 2030.

In December, Toyota President Akio Toyoda suggested there’s a “silent majority wondering whether EVs are really OK to have as a single option. But they think it’s the trend so they can’t speak out loudly.”

Tesla owners are complaining about the winter performance of their Teslas over frozen door handles and difficulties in charging during cold weather.

This summer, California state officials asked EV owners not to charge their cars during hot weeks when the state urges less electricity usage to prevent blackouts. Nor has the state explained how California is going to generate the amount of electricity needed if EVs ever catch on.

The electric future may also be impacted by environmental concerns. For example, according to American author and expert on modern-day slavery and human trafficking, Siddharth Kara there is no such thing as ‘clean cobalt’.

Kara’s newest book, Cobalt Red: How the Blood of the Congo Powers Our Lives is now available through Amazon and book stores.

Cobalt is a key ingredient in the batteries that power EVs. Kara’s observations are that cobalt is manufactured in “appalling, heart-wrenching, dangerous conditions.”

Find out why FNArena subscribers like the service so much: “Your Feedback (Thank You)” – Warning this story contains unashamedly positive feedback on the service provided.

FNArena is proud about its track record and past achievements: Ten Years On