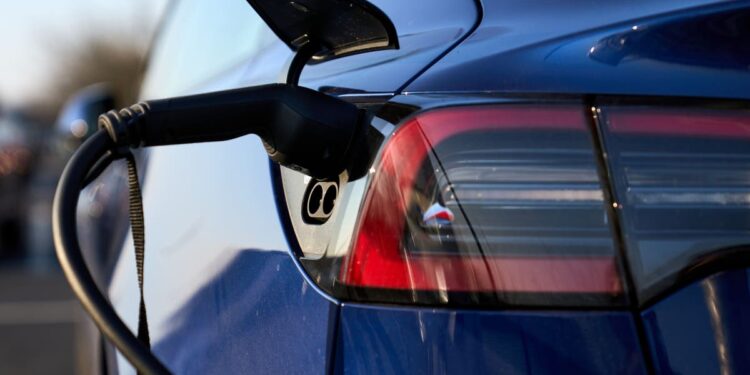 ondon EV drivers face a massive hike in running costs for their cars after one of London’s largest charging point providers has tripled prices.

Last month the firm took the decision to introduce peak pricing of 79p per kilowatt hour between the hours of 4pm and 7pm, while the fee outside of these hours stood at 45p.

A year ago, Ubitricity charged just 24p per kilowatt hour for EV charging, before raising the price to 32p in April and introducing an additional 35p connection fee.

The more than tripling of peak prices means Mercedes EQS drivers are paying an extra £59.40 for a full charge compared to a year ago. It costs Tesla Model S owners an extra £52.25 to fill up at peak times and Nissan Ariya drivers are seeing costs rise by £47.85, based on battery capacity data from EV Database.

The price hike comes despite the news that sustained falls on global energy markets took the wholesale cost of gas in the UK to its lowest level since December 2021 on Monday.

UK wholesales Gas prices fell almost 13 per cent for the session to 143p per therm, a unit of energy equivalent to 100 cubic feet of gas, enough to run a typical central heating system for around an hour. Natural gas is responsible for almost half the UK’s annual production of electricity, according to data from the National Gird.

Ubitricity has the largest public charging network in the UK, including over 5,000 charging points in London according to a map on the company website.

A Ubitricity spokesperson said in a statement: “We took the decision to review our prices monthly between October 2022 and March 2023.

“This is to ensure the price we charge customers fairly reflects our supply costs.

“During this period, Ubitricity customers will benefit from price certainty and charging costs will not rise or fall with fluctuations in the day-to-day energy market prices.”

The spokesperson said that prices outside of the peak time period were lowered from 49p to 45p last month. They added that actual charging costs were likely to be lower than the peak rate, because the time it typically takes to fully charge an EV is more than three hours, the daily peak pricing window.

How to secure an electric vehicle for Xmas – The Canberra Times