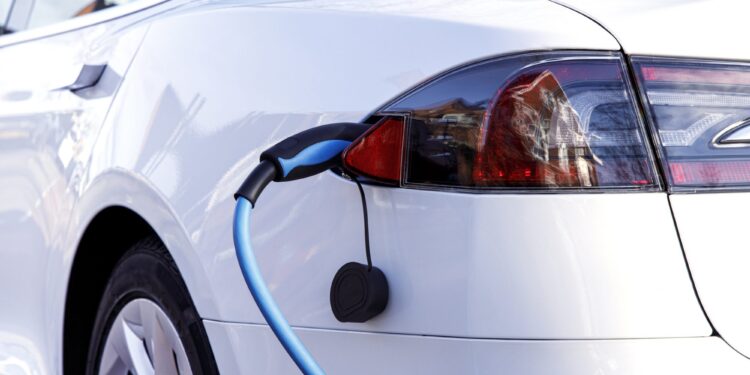 
L-Charge aims to accelerate the transition to an electric vehicle future through the deployment of their ultra-fast off-grid EV charging solutions, which use clean fuels such as LNG, Bio-LNG and green hydrogen for onboard power generation

Global energy demand for transport more than doubled from 45 exajoule (EJ) in 1973 to 110 EJ in 2014, increasing its share of total final consumption from 23% to 28%. As a result, sectoral CO2 emissions have more than doubled as petroleum products dominate (96% of transportation sector energy consumption in 2016). Under the International Energy Agency (IEA) baseline projection, demand would need to fall from 160 EJ in 2050 to 102 EJ, or roughly current levels, to be consistent with the Paris Agreement targets. Still, it would need to be substantially less carbon-intensive.

Decarbonizing transport will require a combination of sustainable fuels (advanced biofuels and electro-fuels produced from electricity and CO2) and new powertrains (battery electric vehicles or BEVs). The greatest reductions will need to come from decarbonizing road transport.

Today, electric vehicles are a key technology to decarbonise road transport, which currently accounts for 16% of global emissions.

Sales of electric cars reached a record high in 2021 despite the Covid-19 pandemic and supply chain bottlenecks, including semiconductor chip shortages. According to the IEA, EV sales nearly doubled to 6.6 million in 2021 compared to 2020, presenting a 9% sales share and bringing the total number of electric vehicles on the road to 16.5 million.

While the popularity of electric vehicles is on the rise, the deployment of charging infrastructure is simply not there yet, so EV owners are limited in their travel options. Long road trips in rural areas aren’t feasible for many due to a lack of sufficient infrastructure. This makes many journeys difficult, especially through areas lacking electrical grid infrastructure and additional power to support charging.

Simple scaling of the existing grid-connected infrastructure makes it highly cost-consuming. But it is not a matter of adding ever more generating capacity and reinforced cable infrastructure. Attempting to transmit more power over a line that isn’t designed to handle that power causes it to overheat or the grid to become unstable, risking fires or other failures. The transformation of the electricity system is an opportunity to exploit new forms of system flexibility in how energy is generated and consumed. This flexibility allows supply and demand to be shifted in time or location so they are matched most efficiently – keeping costs down for consumers.

“One of the main challenges with increased EV adoption is utilities being able to forecast demand accurately,” says Justin Tarr, VP of Sales and Operations at L-Charge. “A surge in EVs on the road suggests utilities must generate and deliver more power. However, an equal challenge is represented by the massive change in load curves, especially during peak hours and within areas already experiencing high demand.”

The Texas electric grid went into a blackout during the extreme cold last winter. In the United Kingdom, a new tax approach is under consideration to prevent the grid’s overload from extra appliances connected (EVs, for example). If we want to build sufficient infrastructure to boost the transition to EVs, investment into charging infrastructure independent of the grid is critical. It is also more sufficient in terms of carbon emissions because, surprisingly, a global energy system emits 7% more CO2 than a local generator.

According to security and resilience provider Go Electric’s report: “Seamlessly transitioning between grid parallel mode and grid isolated mode is what the authorities should watch for. Grid parallel mode allows for the introduction of energy from different sources to reduce the demand on the grid, while grid isolated mode allows the system to function as an uninterruptible power supply in the event of an outage.” In support, the off-grid EV charge point manufacturers are ready to help but have not seen much support so far.

According to a survey conducted by L-Charge, the EV charge point manufacturer, only 34% of owners within the EV market said they are completely satisfied with the existing charging infrastructure, charging speeds, and tariffs. Notably, over 90% of those said they are satisfied but have never undergone long-distance travel in their EVs. More than 1000 EV owners participated in the survey.

While most EV owners who primarily charge their vehicles at home or on public chargers in densely populated urban areas are satisfied with the charging infrastructure, a significant part of the car ownership experience as a long-distance traveller remains unsatisfied. An owner’s ability to recharge their vehicle’s battery anywhere is a key factor in the broader adoption of EVs, particularly among those who want or need to leave
urban areas.

Recently L-Charge also announced it plans to develop a self-navigating charging boat. The floating 250kW onboard charger will facilitate the work of electric boats in harbors and marinas. It will carry a supercharger onboard. The company says it will set the first boat afloat soon.

The growing concern about air and water pollution is expected to boost the electric boat market. As the electric mobility revolution continues conquering roads and skies, it is also heading towards marine world electrification. There are already over 100 electric boats and ship manufacturers, including majors like ABB, Siemens, Kongsberg Gruppen, General Dynamics Electric Boat, Corvus Energy, and even Tesla. According to the National Marine Manufacturers Association, sales of powerboats were up 12% in 2020, with more than 310,000 new sales worldwide.

“Developing the charging infrastructure beyond major road routes is crucial if we are to secure the transition from liquid carbon fuels to clean energy. At present, electric boat batteries can take anywhere from 1.5 to 36 hours to charge. It is insanely long. It also puts extensive pressure on the electric grid. That’s why we think off-grid solutions should prevail in the future development of charging infrastructure.”, said Justin Tarr.