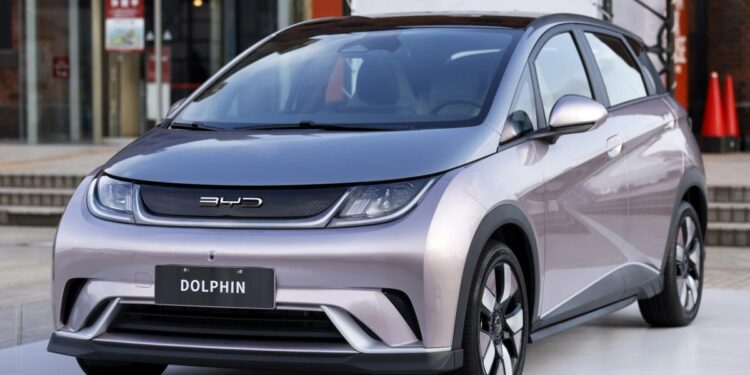 
(Bloomberg) — BYD Co., China’s biggest maker of clean cars, has increased pricing for its popular Dolphin model and scrapped an entry-level version of the vehicle, just as automobile demand in the nation looks to be coming off the boil.

Most Read from Bloomberg

Some additional colors have been added and the new model offers a comfort mode on top of the original three driving modes of energy saving, snow and sports, according to local media reports. Its range is slightly extended at 420 kilometers (261 miles) on a single charge versus 400 kilometers.

BYD’s decision to hike pricing is an interesting move in the face of slowing consumer purchases. As recently as last week, the founder and CEO of rival EV maker Nio Inc. warned of a challenging first half as a cut in government EV subsidies and the broader economic slowdown erode local demand in the world’s largest new-energy vehicle market.

Deliveries of new-energy vehicles — pure electric and hybrid cars — to dealerships in China are expected to reach 6.5 million by the end of the year, and may touch 8.4 million in 2023, China’s Passenger Car Association said at a briefing earlier this month. Still, the year-on-year growth rate is slowing.

Like other automakers, BYD is also feeling the impact from China’s explosion in Covid cases. A top executive said earlier this month that production is being curtailed to the tune of at least 2,000 cars a day with around 20% to 30% of BYD’s staff unable to work because they’re quarantining at home.

Most Read from Bloomberg Businessweek

How To Manage Payments In The Tesla Mobile App