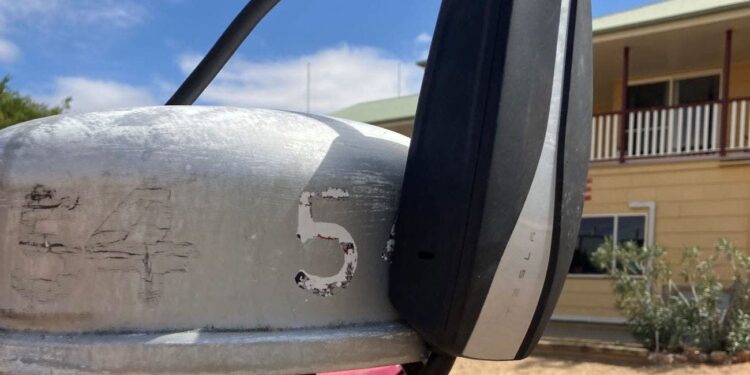 
“The Caravan Industry Association of Australia has issued a call for commercial and government assistance to install fast-chargers for electric cars on its sites as a way to address rising demand for the technology,” Perth Now notes.

I couldn’t agree more. On our travels across this wide brown land, Majella and I have often called upon the 15-amp powered sites of caravan parks for a top-up between major regional towns. We have been refused only rarely. Usually, as a result of the ignorant believing in FUD.

The vast majority of times, we have been able to drive on to a vacant powered site and top up. There are usually some spots available during the day. If we did this overnight, we would expect to pay site fees. We always offer to pay and we always spend money in the local area, buying souvenirs, coffee, and food if possible.

It makes great sense to me to use caravan parks, as they have amenities, power, and space. They are situated at tourist spots where there are things to do. As long as EV charging takes place in off-peak times, or is supported by solar canopies, it makes good business sense. Innovative entrepreneurs may be able to create a new income stream.

If this proposal is accepted, “Australia’s 2600 caravan parks could be transformed into a national electric vehicle charging network covering regional and rural areas,” Perth Now notes.

“It comes after some electric vehicle drivers reported long waits to access chargers during the holiday season, with Evie Networks seeing record-breaking use of its charging stations between Christmas and New Year’s Day.

“Many of the largest queues were seen in regional locations and on major routes between capital cities, and the association’s general manager Luke Chippindale said part of the problem was that regional Australia had been ignored.

“‘A lot of the work has been done around metro areas but regional and rural areas have been overlooked,’ he said. ‘Now is the time to act.’”

Chippindale also likes the idea of using caravan parks. He also noted that some parks have moved in this direction, including installing Tesla Superchargers. “We know that has been a big contribution to the market. People stop at these parks and at least have a coffee or build it into their travel plans,” he said.

The Caravan Industry Association of Australia is going to look into it further and create a report on the topic, including looking into stationary onsite storage to help with the new potential business stream.

One of the challenges Australia is facing is that EV sales are growing much faster than EV charging stations. “Australia had more than 3600 public electric vehicle chargers in more than 2100 locations by June 2022, according to the Electric Vehicle Council. The figure represents a 15 per cent increase since early 2021. Electric car sales have risen rapidly during that time, however, from 17,243 new car sales in 2021 to 33,410 last year. EVs have increased by 100%. 2023 is expected to at least double again.”

Many caravan parks are owned by local councils who need to consider costs and benefits for their local communities. Many factors would need to be considered when looking at installing fast chargers. I would consider it adequate to use the 15-amp power points already provided at most regional caravan parks. A relaxing time could be had with a picnic (as we did in Dingo) or touring the town after lunch at a local bakery (as we did in Longreach). Caravan parks could offer 15-amp charging between 10:00 am and 2:00 pm — after caravaners have left and before the new visitors arrive. This could be coordinated through the PlugShare app. I would expect there to be a cost for the service.

Hillview Caravan Park owner Allan Withers told the ABC: “We’re starting to all talk about it now, and we’re starting to see a few more of the vehicles coming through … as time goes on, we’ll be seeing a lot more.” He said customers were free to trickle charge their vehicles overnight.

“We pay anything from 26 cents a kilowatt[-hour] to 46 cents in peak times. When you multiply that out, it’s around $12 every night per car,” he said. “If you multiply it by a dozen cars or more, it quickly adds up … so it’s definitely something we need to look at for sure.”

At the moment, it is mainly electric cars on Australian roads. Most of these are sedans. The introduction into the mix of the BYD Atto 3 and Tesla Model Y SUVs will mean greater needs for charging. During 2023, it is expected that Australia will receive electric utes (pickup trucks) from China (the LDV eT60 will be the first, but more will follow, perhaps even the Ford F-150 Lightning). These may even be able to tow caravans!

I would hope at that the Caravan Industry Association of Australia would provide caravan park owners with a suggested process to go through to make their decisions. If these owners are wary of allowing electric vehicles to charge, they may miss out on future clientele. EV holiday makers plan around charging opportunities, and they are willing to pay for the privilege.