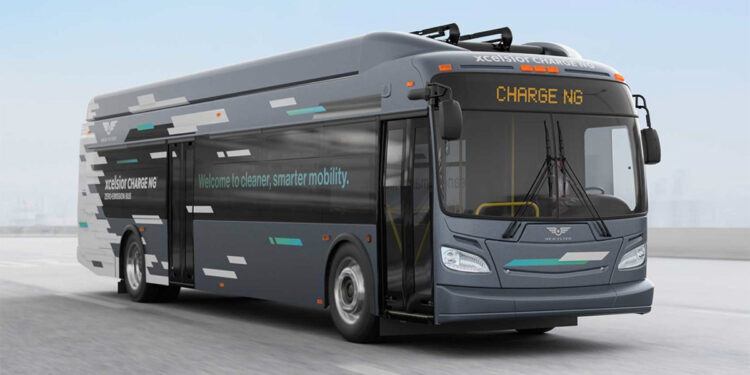 Canadian bus and coach manufacturer NFI reports that its subsidiary New Flyer has received orders for 16 battery-electric and fuel-cell-electric transit buses from Winnipeg Transit. Options allow the contract to be extended for up to four years for the additional purchase of up to 150 40-foot zero-emission buses. The firm order includes four each of Xcelsior CHARGE FC fuel-cell-electric 40-foot and 60-foot buses and four each of Xcelsior CHARGE NG battery-electric 40-foot and 60-foot buses.

“NFI’s partnership with Winnipeg Transit spans 35 years,” said NFI President Chris Stoddart, “and we have delivered more than 1,560 transit buses to Winnipeg Transit since 1987. We are now proudly enabling the agency’s transition to a low-carbon future for healthier Manitoba communities.”