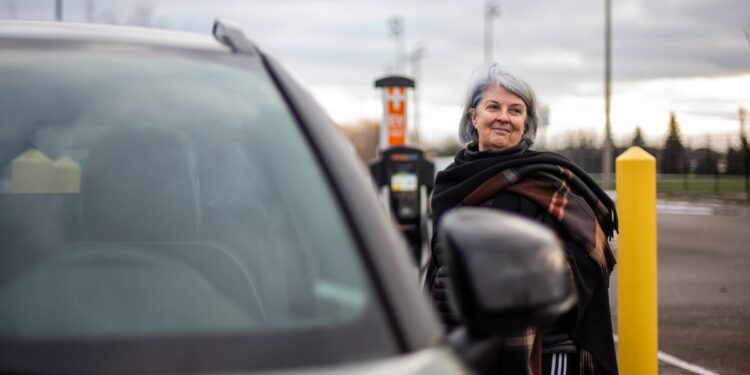 
Thomas Goebel saw a chance to save gas money and cut his carbon footprint when he bought a lightly used 2018 Ford Fusion Energi plug-in hybrid electric vehicle (PHEV) in July, 2021. With the Fusion’s electrical range of about 33 kilometres, Goebel said, “Months go by, and I never use gas.”

What he didn’t foresee was how difficult and time-consuming it would be to add a Level 2 charger to the parking spot in his Windsor, Ont., co-operative tower. Months of working through the co-op board’s committee system, diving deeply into complex hardware and regulatory requirements, and dealing with objections from residents has still left him without a charger.

“I’ve been the lone wolf, howling in the wind,” said Goebel, who is determined to keep up the fight.

The roadblocks Goebel has encountered in his odyssey are typical of the challenges condo and MURB (multi-unit residential building) owners face across the country, say representatives of companies that help such buildings make themselves EV ready.

Sourcing federal grants to offset installation costs, for example, is “pretty onerous,” said Mike Mulqueen, director of commercial partnerships for Swtch Energy Inc., a Toronto-based company that helps condos get approvals and install and service EV chargers. The grants – which can cover up to 50 per cent of the installation costs – are based on a scoring system and the approval process is getting “increasingly competitive.”

The federal grant program ranks projects on numerous criteria, including scale. Mulqueen said applications that propose to upgrade multiple buildings are favoured, leaving applicants from single buildings at a disadvantage. He said multi-condo project groups tend to have the resources to hire companies that know how to put together the most-effective applications.

Mulqueen said the total cost of buying and installing a Level 2 charger (of which the condo may pay half) typically ranges from $4,000 to $6,000 per charger, but can be much more, depending on how much hardware must be added or upgraded. Others say the price can be as high as $10,000 per charger.

Goebel, a semi-retired real estate broker, lives in Solidarity Tower, a co-operative not-for-profit building on scenic Riverside Drive in Windsor. Built in the 1970s, the 26-storey building accommodates 426 residents, many of whom are retired.

Barbara Dugal, the Solidarity Tower board president, says she has not heard from anyone other than Goebel looking for EV charging, and the board hasn’t looked “at all” at installing charging stations.

For now, Goebel has found a workaround. Because he drives a PHEV, which can also run on gas, he says he can charge up the car’s battery in about seven hours on a standard 110-volt outlet – much less time than a full EV would require. He had an electrician wire a meter into his parking spot outlet so he can pay the board for the power he uses (about $6 a month).

Barbara Pidcock has not been as lucky. A year-and-a-half into her quest to get an EV charger installed in her Ajax, Ont., condo, she still has to drive her fully electric Volvo XC40 Recharge to public chargers. It takes about five hours to top up her vehicle with a public Level 2 charger, she says, so she often asks her husband to drive her home the few blocks in his car while hers loads up. The closest high-capacity DC fast charger is a half-hour drive away from her home and is more expensive to use.

The various public chargers – which each use different apps – “drive me crazy,” she said. “Some charge by the kilowatt, some by the time.”

Like Goebel, when Pidcock bought her EV, she didn’t know how difficult it would be to get a charger installed at her home.

“I thought I’d figure it out,” she said.

As a member of the condo board, Pidcock has seen resident opposition first-hand. “In condos, you have people who are against anything,” she said.

Ontario and British Columbia have a “right-to-charge” principle which requires a condo board to respond to a request within 60 days of it being filed, Mulqueen said. But in Ontario, not-for-profit co-ops are governed under the Housing Service Act, which is silent on EVs, and are therefore not covered under Ontario’s “right to charge” regulation.

For condos, the board can ask the applicant to shoulder the entire cost of the upgrade, which – depending on the building’s age and capacity – could run into six figures, he said. B.C.’s regulation provides more prescriptive guidance, he said.

Engineers say that Pidcock’s 68-suite condo building in Ajax has enough capacity to feed perhaps eight Level 2 chargers at a time. When it received Pidcock’s request, the condo had to get an electrical capacity study done and dig out 12 months of energy use history. Fourteen residents have put down $2,500 deposits for chargers, but just three are ready to complete the installation now, she said. The condo’s application for the federal grant was denied.

With the installation work for the conduit and cable, adding a meter in her parking spot and legal fees to register the charger on her condo title, Pidcock figures she’ll have spent about $5,000 to have her own charger. Contractors say the charger should be ready to use by the end of January.

“This has been a real pioneering attempt,” she said with a chuckle.

Yet Pidcock said saving money “isn’t why I bought the car. I’m trying to reduce the carbon I put into the atmosphere. I know my car looks luxurious and all that, but I just feel so much better [driving it].”

In Canada, there are no regulations in the national building code that require new or existing condos, apartment buildings, strata or townhomes to offer EV charging, leaving municipalities to set rules through local codes. Ontario’s building code was amended in 2017 by the then-Liberal government to require 20 per cent of parking spaces in new single-unit, semi-detached and townhouse developments to have EV charging, but the regulation was repealed in 2018 by the Conservative government of Doug Ford.

Mulqueen says such obstacles are not unique to multi-unit buildings. For example, there is no way to add EV charging at his single-family home in Toronto, which has on-street parking only. He predicted, at best, 80 per cent of Canadians will eventually be able to have the electrical equivalent of a “gas station” at home. That’s why he wants to see more public chargers and their reliability improved.

“The solutions are there,” Mulqueen said. “It just needs to be done the right way.”

EMBRAER S A : Eve and FlyBIS Announce Letter of Intent to Develop eVTOL Operations in Brazil and Latin America