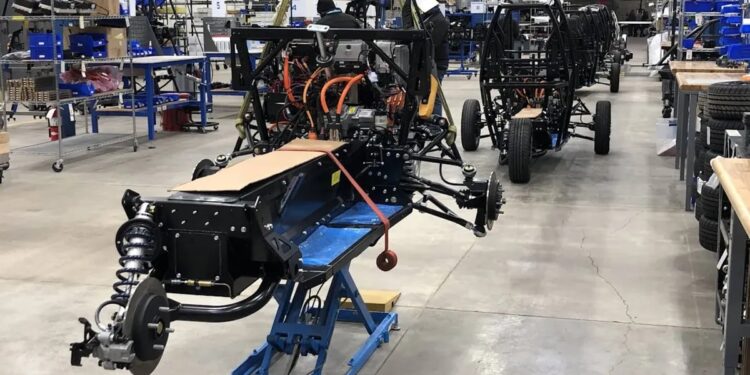 
Arcimoto has stopped production. The Eugene manufacturer renowned for making three-wheeled electric cars let federal authorities know of the move in its Jan. 17 filing with the U.S. Securities and Exchange Commission. In that statement, the company said it has halted production of its trademark Fun Utility Vehicles and will require “substantial additional funding” to resume production.

The company, which is publicly traded on the NASDAQ, has posted a stock offering to raise money. Shares of Arcimoto (FUV) fell to $2.39 Wednesday, as of 3 p.m. Pacific time. That’s down from $6.12 Tuesday and a tumble of 98.2% from its high, nearly two years ago.

Arcimoto has also put up several million shares of its common stock with the aim of “aggregate gross proceeds of approximately $12 million,” according to a statement from the company. The offer closes Friday, with the disclaimer that industry changes, competition and Arcimoto’s ability to obtain working capital financing could affect stock resale value.

In the statement the company released Wednesday, Arcimoto said it intends to use the money it raises to “fund working capital and other general corporate purposes.”

It’s a dramatic about-face for the company, which opened a new 250,000-square-foot production space in February 2022. In statements at the opening of that facility, Arcimoto founder Mark Frohnmayer noted the company’s dramatic growth to date.

However, after hitting its stock value peak in March 2021 of $343 a share, according to Barron’s, Arcimoto’s stock value slid steadily. Frohnmayer was removed as CEO in August and assigned to a new position of “chief vision officer” after being arrested for driving under the influence.

Top 10 Electric Vehicles for ANY Budget in 2022