EV autopilot software could be a drain on energy sector 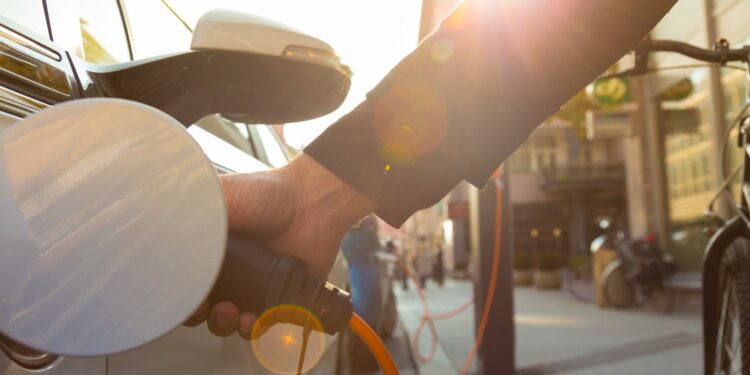 
Truly self-driving cars are still at least a few years down the road—but if the day does come when the software becomes a de facto means of navigation, a new study indicates it’s going to need to be much more energy efficient. If not, autopilot features could ostensibly neutralize any self-driving electric vehicles’ environmental benefits. According to a new study from researchers at MIT, statistical modeling indicates the potential energy consumption needed to power a near-future global fleet of autopiloted EVs would generate as much greenhouse gas as all of the world’s current data centers combined.

The physical locales which house the massive computer arrays powering the world’s countless applications today generate about 0.3 percent of all greenhouse gas emissions—roughly the annual amount of carbon produced by Argentina. Researchers estimated this level would be reached from the self-driving tech in 1 billion autonomous vehicles, each driving just one hour per day. For comparison, there are currently around 1.5 billion cars on the world’s roads.

[Related: Tesla is under federal investigation over autopilot claims.]

Researchers also found that in over 90 percent of the models generated, EV computers would need to use less than 1.2 kilowatts of computing power just to keep within today’s realm of data center emissions, something we simply cannot achieve with current hardware efficiencies. For example, in another statistical model analyzing a scenario in which 95 percent of all vehicles are autonomous by 2050 alongside computational workloads doubling every 3 years, cars’ hardware efficiencies would need to essentially double every year to keep emissions within those same levels. In comparison, the decades’ long accepted industry rate known as Moore’s Law states that computational power doubles every two or so years—a timeframe that is expected to eventually slow down, not accelerate.

The parameters for such scenarios—how many cars are on the roads, how long they are traveling, their onboard computing power and energy requirements, etc—might seem relatively clear , but there are numerous unforeseen ramifications to also consider. Autonomous vehicles could spend more time on roads while people multitask, for example, and they could actually spur additional demographics to add to traffic, such as both younger and older populations. Then there’s the issue of trying to model for hardware and software that doesn’t yet exist.

And then there are the neural networks to consider.

MIT notes that semi-autonomous vehicles already rely on popular algorithms such as a “multitask deep neural network” to navigate travel using numerous high-resolution cameras feeding constant, real-time information to its system. In one situation, researchers estimated that if an autonomous vehicle used 10 deep neural networks analyzing imagery from 10 cameras while driving just a single hour, it would generate 21.6 million inferences per day. Extrapolate that for 1 billion vehicles, and you get… 21.6 quadrillion inferences.

“To put that into perspective, all of Facebook’s data centers worldwide make a few trillion inferences each day (1 quadrillion is 1,000 trillion),” explains MIT.

Suffice to say, these are serious hurdles that will need clearing if the automotive industry wants to continue its expansions into self-driving technology. EVs are key to our sustainable future, but self-driving versions  could end up adding to the energy crisis.

Why Tesla Still has Plenty Going for it