EV charging stations for the entire country are built in Maryland 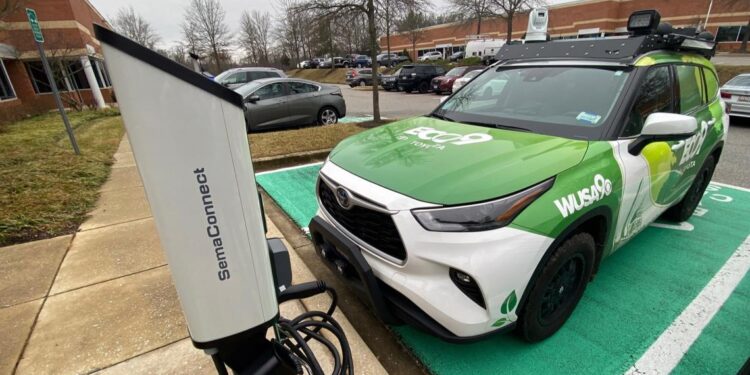 BOWIE, Md. — One of the nation’s largest providers of electric vehicle (EV) charging stations has its roots in Maryland and is poised to grow rapidly now that federal legislation is supporting the growth of EV charging infrastructure.

Inside SemaConnect’s facility in Bowie, about 50 workers conduct the final assembly of chargers that will be headed for installation at places like apartment complexes, shopping centers, and government facilities across the U.S.

Blink and its subsidiary SemaConnect combined have deployed 59,000 chargers worldwide and employ about 2,000 people in the U.S.

New federal legislation like the Infrastructure Investment and Jobs Act and the Inflation Reduction Act have accelerated demand for EV charging stations by pouring millions of dollars into state grants to install EV’s near interstate highways as well as creating new incentives to purchase EVs.

Prince George’s County Rep. Glenn Ivey toured the Blink/SemaConnect facility Thursday and applauded the growth of green jobs and the green economy in the region.

“It’s a real jewel for the community, but more importantly, it’s making a difference regionally and nationally, moving the country in the right direction with respect to the build out for EVs and fighting for a greener future,” Ivey said.

SemaConnect Vice President Stephen Carroll said Blink and SemaConnect are at the “epicenter of EV charging.”

“If you take a step back and look at what’s happening with electric vehicles and the infrastructure needed to power them, we’re really creating a brand new industry,” Carroll said.

“Think about all the jobs that are going to be created. They include people that are working on the technology, the software, the hardware, even the vehicle manufacturing.  We’re bringing all those things together to help move the country forward and to recognize the dream and the vision and many have of electrifying transportation.”

WUSA9 is now on Roku and Amazon Fire TVs. Download the apps today for live newscasts and video on demand.

Download the WUSA9 app to get breaking news, weather and important stories at your fingertips.

Chinese ALL NEW Electric Cars To Hit The US IN 2023 JUST SHOCKED The ENTIRE Electric Car Industry!