Has the Lithium Story Changed 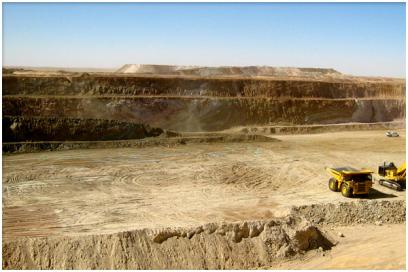 Having made the decision to invest in a particular stock, what drives an investor to bail out and sell? For many, the trigger is a plunging stock price. For others, it is taking profits from an exuberantly rising stock price. Some even sell based on others who are selling, from company insiders to external high net worth investors and investment firms.

Warren Buffett is universally acknowledged as one of history’s most successful investors. When asked what his ideal holding period for an investment is, he replied at one of his annual shareholder meetings – forever. When pressed to describe the conditions under which he would sell his holdings, his first reply was to raise capital for a more attractive investment. Here, in his own words, is the second, from the website https://gurufocus.com:

Buffett sells when the story behind the stock has changed, primarily due to changes in the competitive landscape.

In the closing months of 2022, the rising tide of lithium prices peaked and began to soften, dragging down all of the major lithium minors on the ASX, most by double digits. 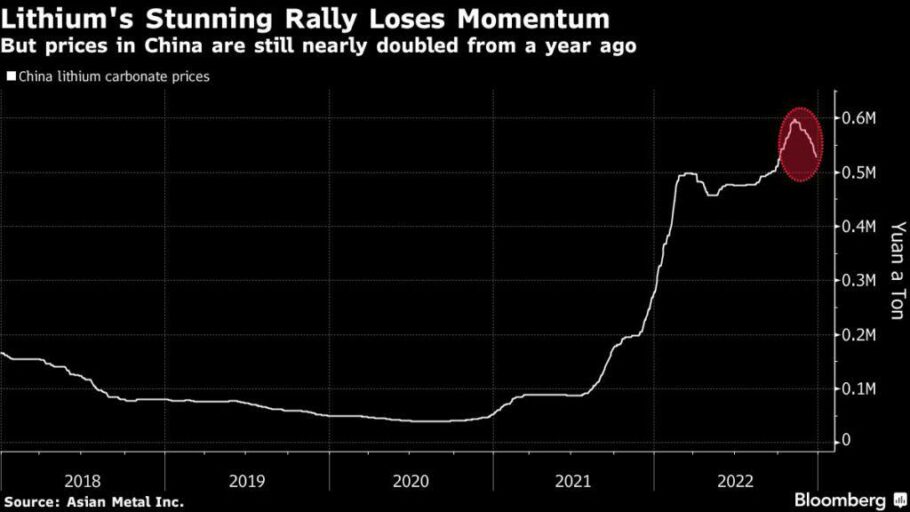 Has the fundamental story of the exploding demand for lithium from the adoption of battery powered electric vehicles changed? Is there an alternative system for replacing internal combustion engine (ICE) vehicles emerging as a competitor?

First, most experts attribute the price decline to the deteriorating conditions in China stemming from the return of COVID 19 spreading rapidly.

Second, while demand in China may fall, the consensus view is it will return.

Third, a review of the financial press suggests the story has not changed. Automobile manufacturers will continue to adopt more and more EVs and countries will continue to push for replacement for ICE powered vehicles.

However, there are those who see a continued drop in lithium prices, not from declining demand, but from increasing supply. The chairman of Chinese resource mining company Sinomine Resource Group sees a drop of up to 25% but went on to say the drop would not be enough to prevent miners and others in the lithium supply chain from remaining comfortably profitable.

In addition, demand for lithium to be used in scale sufficient to provide power to electrical grids through storage of renewable energy sources solar and wind is also on the rise.

Finally, despite the continued determination of Toyota Motors – the world’s second largest automaker – to remain committed to hydrogen-powered alternatives to EVs, the flammability of hydrogen remains a substantial obstacle to widespread adoption of hydrogen technology. The company introduced the hydrogen powered Mirai in 2014 and is now working on new models. Hydrogen powered cars do offer the advantages of greater distance and shorter recharging times, but much of the world still remembers the 1937 hydrogen explosion on the airship Hindenburg.

Allkem has the advantage of tapping both sources of lithium – hard rock and salt brines. The company resulted from a merger of hard rock producer Galaxy Resources and brine producer Orocobre.

Australia is the largest lithium producer in the world but trails in lithium processing plants. The federal government is committed to change all that with the Modern Manufacturing Initiative (MMI).

Pilbara has a joint venture agreement in place with advanced processing technology for multiple applications including EV batteries — Calix Limited (CLX). The JV is building a demonstration project to produce an innovative low cost lithium product for EV batteries.

Pilbara has another JV in place — Posco Pilbara Lithium Solutions Co LTD – to process lithium hydroxide. These processing facilities will allow Pilbara to export processed lithium for use in batteries with minimal additional processing.

Mineral Resources is another lithium producer with a major competitive advantage – diversification. The company is an iron ore miner and also a provider of mining services to the sector, in addition to its lithium mining operation. The diversification may have been responsible for Mineral Resources escaping the downturn of the last three months, with the stock price up 15.9%. 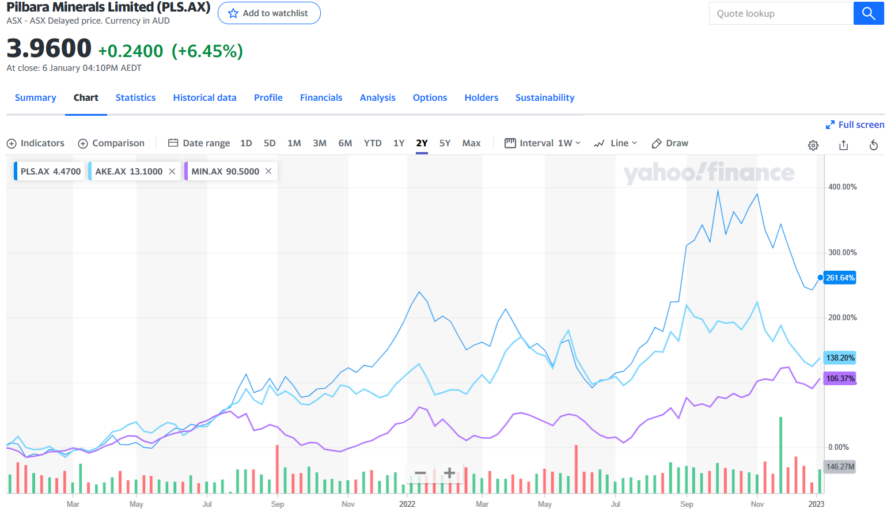 Allkem also had outstanding Full Year 2022 Financial Results, with an 808% revenue increase over the Full Year 2021 along with a 1,000% increase in NPAT.

Of the three major producers, Pilbara has a significant competitive advantage if the company is successful in expanding into the entire lithium supply chain, adding additional revenue streams.

All three of these have major analyst coverage of forward earnings per share and revenue growth estimates.

There are two smaller players by market cap with revenue and EPS growth estimates – Core Lithium (CXO) and Argosy Minerals (AGY). Both dodged the 3 month drop, but over the last month Core Lithium is down 7.3% and Argosy is down 4%.

The Argosy Minerals forward estimates need to be put into the context of single analyst coverage while the other four stocks have from fourteen to seventeen analysts covering the company. Argosy was the second best performing ASX lithium miner, finishing behind Core Lithium.

Argosy’s flagship producing asset is the salt brine Rincon Project in Argentina. Rincon is expected to begin producing sometime in the second quarter of 2023, with initial production per annum of 2,000 tonnes of high quality lithium carbonate. The Rincon Project is a JV, with Argosy holding a 77.5% interest and the potential to increase its stake to 90%.

The company also owns the Tonopah Lithium Brine Project in the US state of Nevada. A 2nd of January of 2023 operational update from the company was good news for investors. Full production is expected by the end of Q2, with 1 tonne of high purity lithium carbonate already produced from the nearly completed processing plant.

Core Lithium was the hottest lithium stock on the ASX in 2022. The company’s flagship asset – the Finniss Lithium Project in the Northern Territory – shipped its first cargo of 15,000 dry metric tonnes of low grade lithium oxide to a Chinese customer on 5 January.

Finnis has been on the radar of many investors for a variety of reasons. The project’s proximity to the port of Darwin gives it world class infrastructure and an available lithium supply chain. Definitive Feasibility and Scoping Studies completed in 2021 pointed to a ten year mine life for Finnis, with the capacity to produce an average of 173,000 tonnes per annum (tpa) of high quality lithium concentrate.

Core Lithium has transport arrangements with the Port of Darwin and offtake agreements with Chinese customers in place. The company is already working on expanding the production capacity and mine life at the Finnis Project.

There are other highly prospective emerging lithium producers on the ASX falling to bargain prices in the minds of many investors, but Argosy and Core are on the cusp of major production and earnings. Here are four, listed by market cap:

In the first trading week of 2023 some of the ASX listed lithium miners have seen their share price rise slightly. These four remain in the “BUY” zone for high risk tolerance investors. Lithium carbonate is used to produce the lithium hydroxide in electric vehicle batteries.