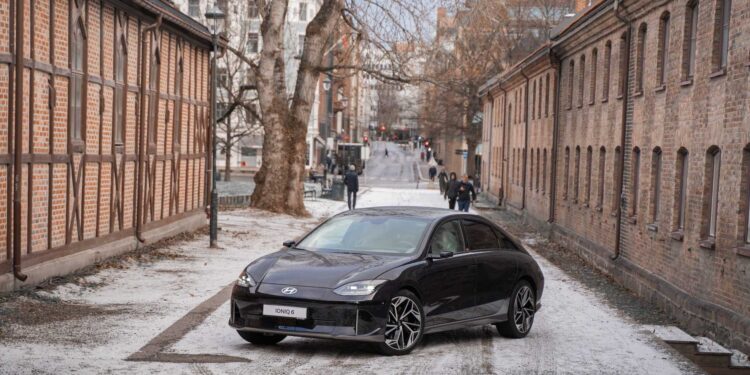 
Norway is way ahead of most countries when it comes to the proportion of electric vehicles on the road and the rate at which people are switching from internal combustion to EV. Most new cars in the country have a plug, and of those the majority are pure EVs, which is why Hyundai has decided that starting January 1st of 2023 it will stop selling fuel-burning vehicles altogether in the nordic nation.

The South Korean automaker took this bold step knowing that it won’t really have a major impact on its Norway sales, especially after it saw how much interest its new Ioniq 6 model got in the country. Thomas Rosvold, the Managing Director at Hyundai Motor Norway, said that

We have great faith in our model portfolio, and now that we have launched the all-new IONIQ 6, the time has come to sell only all-electric cars in the Norwegian market. IONIQ 5 and KONA Electric have long since taken positions as some of the most popular cars in the market, and we are confident that our pure electric cars will bring us continued success into the future.

This comes after in 2020 Hyundai announced that it would only sell plug-in vehicles in Norway. As of next year, though, Hyundai will only sell the the Ioniq 5, Ioniq 6 (pictured) and Kona Electric in Norway. All of these models are quite popular (even the older Kona, which is set to be replaced by a heavily revised model next year) and the automaker is confident that this change won’t affect its business in the country.

Hyundai expects BEVs to account for around 93 percent of its Norway sales in 2022, up from around 90 percent in 2020 and 2021. The company notes that of the 25,000 vehicles it has delivered in Norway from 2020 through 2022, around 92 percent are fully electric and it is now one of the country’s most popular car brands. Thomas Rosvold explains that

Recently, we also got to see the first images of the new generation KONA Electric, and it is a model that will be both larger, more stylish and more dynamic than before. Alongside a number of other innovative models coming in the next few years, we are, in other words, primed for an all-electric future.