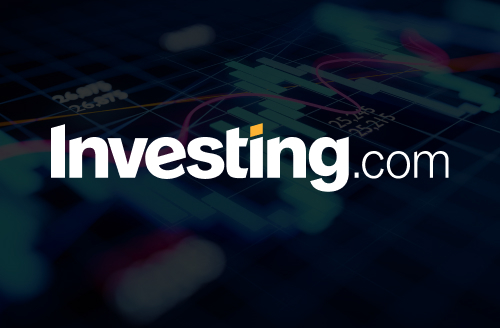 
Solar energy solutions provider First Solar (NASDAQ:) stock had an impressive 69% gain in 2022. Shares more than doubled from their July 2022 low of $60.96 to close the year at $149.79. Negative news, downgrades and negative blogs haven’t been able to stop First Solar shares from surging.

Investors wonder if shares have gotten too far ahead of themselves as the Company is still losing even more money than a year ago. Will 2023 be a profit-taking year for the stock? It seems that solar is the one segment of clean energy that has outperformed the market, unlike electric vehicle (EV) stocks which have collapsed, led by Tesla (NASDAQ:), which saw its shares collapse nearly (-40%) in December alone to close out the year down (-69%).

First Solar is the Anomaly

The innovator of thin film photovoltaic (PV) solar module maker has many investors scratching their heads as to why it’s run up so hard with only a 4% short interest and whether shares can hold its gains or if the sell-off may be just as dramatic as the rise.

However, the operating income drop was largely due to the gain from selling its Japan project development platform and higher logistics costs. Revenues rose 7.8% year-over-year (YoY) to $629 million, missing analyst estimates of $748 million.

The analysts have been skeptical, as indicated by their actions. On Nov. 28, 2022, JP Morgan downgraded shares of First Solar to Neutral from Overweight and dropped its price target to $140 from $190. Analyst Mark Strouse commented, “With the stock up more than 120% over the past four months, we believe the ‘easy money’ has now been made.”

On Dec. 6, 2022, GLJ Research cut its rating to a Sell on First Solar shares with a $46.80 price target. Its analyst Gordon Johnson said its recent quarter was a disaster, with gross margins dropping to 3.3%, falling way short of 9.1% analyst estimates.

He points out that free cash flow has been negative for the past year despite the best solar module pricing climate since 2011. He expects poly-Si prices to collapse in 2023 from the record supply surge in Q4 2022.

On Dec. 15, 2022, California regulators approved a plan to lower payments to households that install new rooftop solar panels and sell excess electricity back on the grid.

This affects new installs, not existing installs. While solar companies say the tax credits and payments are a key incentive to expand the adoption of solar energy, the utilities argue that the rooftop solar program unfairly taxes non-solar users as subsidy costs are passed onto its customers that don’t have solar panels, which are often lower-income households. On Dec. 30, 2022, reported that U.S. solar installations fell (-23%) in 2022. 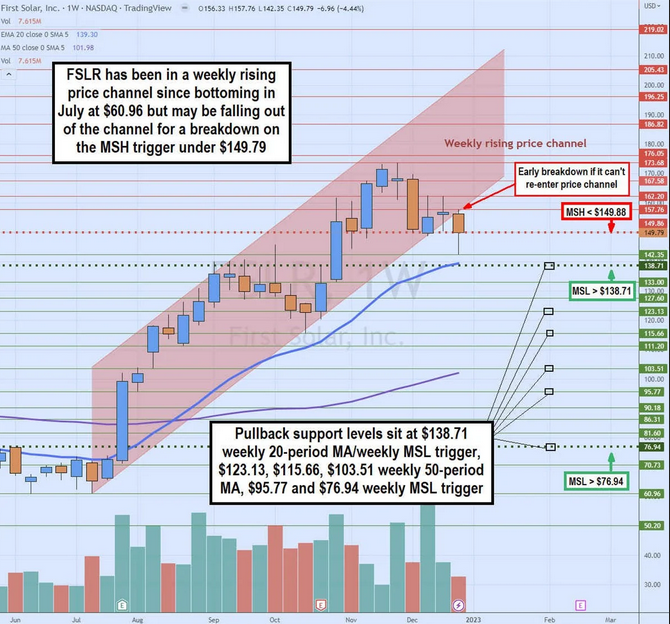 FSLR stock has been in a weekly rising channel since its low of $60.91 in July 2022 and bounced up through the weekly market structure low (MSL) buy trigger above $76.94. Shares continued to make higher highs on bounces, followed by higher lows on pullbacks.