Ever wondered how would the Lancia PU+RA Zero sculpture look on wheels?

This story includes renderings created by designer Aurelio Argentieri that are neither related to nor endorsed by Lancia.

Last month, Lancia unveiled its new logo and design identity through the PU+RA Zero sculpture. Some fans of the Italian brand were disappointed the presentation didn’t include an actual vehicle, but independent designer Aurelio Argentieri is here to correct this. He transformed Lancia’s sculpture into a digital concept, adding a set of golden wheels and a racing livery reminiscent of the iconic Stratos.

While the lines of the original Lancia PU+RA Zero could loosely be interpreted as the middle part of a car, the sculpture had no wheels or greenhouse. Still, the automaker confirmed that features like the LED bars at the front, the round LED taillights at the back, and the circular glass roof will be incorporated into future production models. This prompted Aurelio Argentieri to further develop the PU+RA Zero into a digital concept, sharing the result on his Instagram profile.

Read: 11 Years Later, Lancia Is Still Updating The Ypsilon For Its Italian Customers 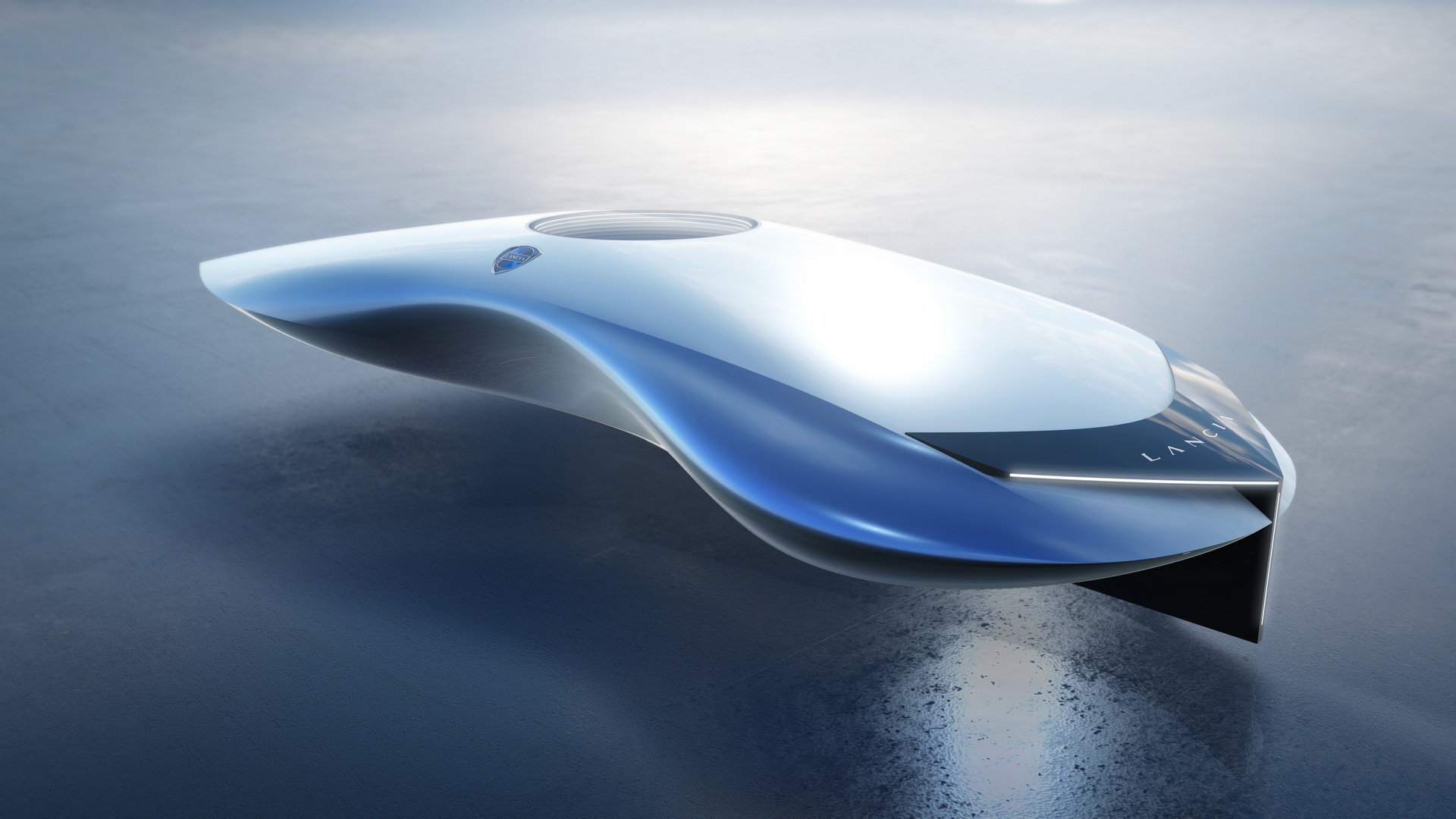 The Lancia PU+RA Zero sculpture (above) compared to the digital concept (below) created by an independent designer from Italy. 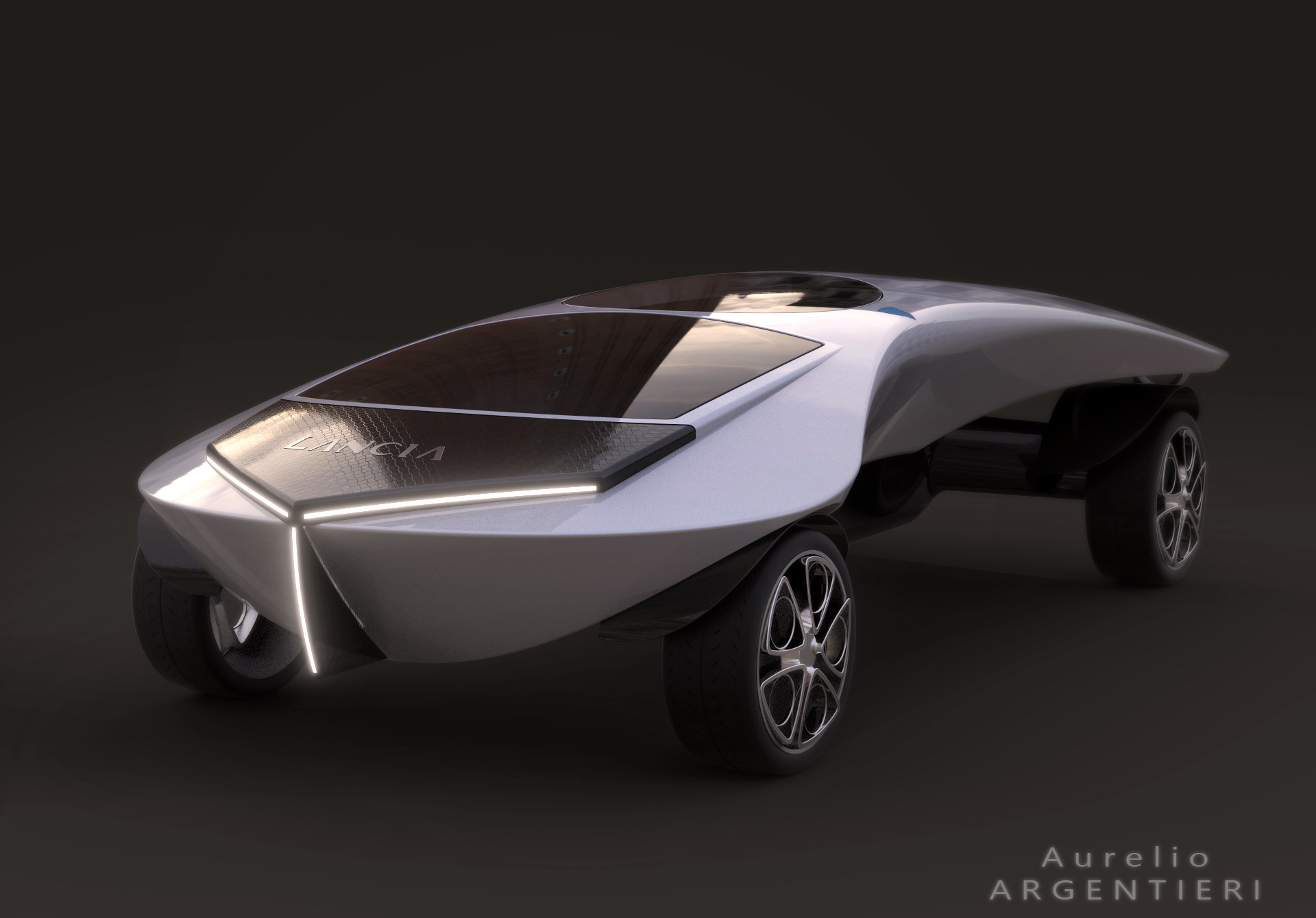 The model is heavily based on the sculpture but has a number of changes in order for the car transformation to be plausible. These are focused around the heavily inclined windshield positioned next to the black panel above the headlights, the stretched front bumper, and the addition of a basic structure with four wheels.

Predictably, the resulting concept still looks out of this world due to its boat-like stance, massive ground clearance, and ultra-slim body. The wedge shape is so extreme that we doubt anyone could fit inside the cabin – at least if they are not in a lying position. Visibility must also be an issue although future tech could make windows obsolete thanks to transparent screens and cameras.

The designer went a step further, creating a rally version of the concept. This one gets gold-finished alloy wheels, extra LEDs at the front with a semi-elliptic shape, a vented rear panel, and a traditional red and green racing livery. All those features make it look like an alien version of the Lancia Stratos HF that dominated the World Rally Championship in 1974, 1975, and 1976. Of course, the new version doesn’t come with the characteristic tailpipes as it is envisioned as a fully electric vehicle, in line with Lancia’s EV-only future.

Lancia has confirmed a new Ypsilon supermini, an Aurelia crossover flagship, and a Delta hatchback set to debut in 2024, 2026, and 2028 respectively. This leaves no room in the Italian automaker’s range for a Stratos revival that could bear some resemblance to the PU+RA Zero. Still, seeing the radical sculpture on wheels gives us a better idea of the future styling language of the Stellantis brand.

Why the Tesla Semi is the Future of Trucks