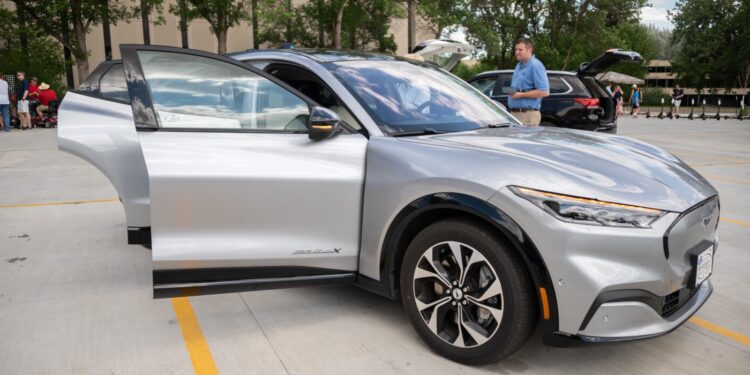 
BISMARCK — With electric cars quickly growing in popularity, North Dakota lawmakers are beginning to wade into the regulation and expansion of charging stations.

There are currently fewer than 100 electric vehicle (EV) charging stations in the state, but a $1.2 trillion federal infrastructure bill passed in 2021 aims to greatly increase the number of spots EV owners can charge up across the nation’s highway system.

Nearly $26 million of the infrastructure package is earmarked for North Dakota to create fast-charging stations along Interstate 94 and Interstate 29 over the next five years.

But there’s a catch: unlocking the federal grants requires a public entity or private business to put up 20% of the cash for each charging station.

One bill proposed by the state Department of Transportation

would allow the agency to make deals with businesses or other public entities for covering a portion of the cost to establish charging stations in exchange for the right to own and operate them.

The department’s goal is to delegate ownership of the charging stations to private businesses as much as possible, said DOT project development director Chad Orn.

But in cases where DOT can’t find a business willing to run a charging station, the agency could operate it themselves, Orn said.

requires the state to install charging stations at least every 50 miles along the interstates, and it may be hard to find a private operator in some remote areas, Orn noted. A provision in the bill would allow the agency to collect payment from drivers who use the DOT-owned chargers.

Department officials estimate the state would have about 20 new fast-charging stations along the interstates if the public-private partnerships go to plan.

held a hearing for the bill

on Thursday, Jan. 5, but did not take action.

A separate proposal backed by DOT

would give agency officials the green light to study the possibility of imposing an EV charging tax.

Drivers of gas-powered vehicles pay a tax of

at the pump. The millions of dollars generated annually by the levy go toward road construction and repairs.

EV drivers from out of state are using the same roads but bypassing the tax, noted Robin Rehborg, the DOT’s deputy director for driver safety. (EV owners in North Dakota are required to pay

an extra $120 in registration fees

annually to offset their evasion of gas taxes.)

Gas tax collections are declining due to increased fuel efficiency in newer cars and the growing popularity of EVs, Rehborg said. Greater access to EV charging stations in North Dakota is expected to further eat into revenues. An EV charging tax could help offset the losses, Rehborg said.

Only about 540 EVs were registered in the state as of December 2022, but the electric option has recently gained traction across the country, Rehborg said. North Dakota would join about 20 other states in studying the possibility of imposing an EV charging tax if the bill passes.

The Public Service Commission, which would collaborate with DOT on the study, submitted written testimony in favor of the proposal. The Republican-controlled panel said greater use of EVs could “significantly increase demand for electricity.”

held a hearing on EVs in November,

noted that it is “intimately involved” in looking into major EV-related topics, including the establishment of utility rates for charging.

The House Transportation Committee gave the study proposal a “do pass” recommendation following a hearing on Thursday. The entire House is expected to vote on the bill next week.

Tesla Lowers Their Prices | How Long Will This Last?

The New Tesla Connector Changes Everything