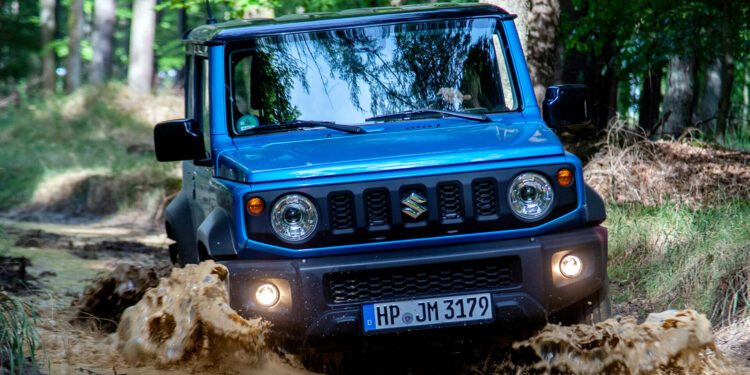 The automaker was coy on specifics, but Maruti Suzuki CEO Hisashi Takeuchi said “Auto Expo’23 is yet another opportunity for us to showcase our commitment towards the future of mobility through our range of sustainable and technology driven products.”

The executive went on to say the company will use the event to highlight their commitment to a “cleaner, greener, sustainable and carbon neutral” future.  He added the concept will be “futuristic” and “capture the imagination of enthusiasts.”

While that’s not much to go on, the show kicks off next month and Maruti Suzuki will have a total of 16 vehicles on display.  Besides the aforementioned models, the company will show a WagonR flex fuel prototype as well as the Brezza, Baleno, Ciaz, Ertiga, Grand Vitara, and Swift.

Maruti Suzuki didn’t go into many specifics, but Autocar India is reporting the two new models will be a five-door Jimny and a crossover coupe based on the Baleno.  The former was spied undisguised  earlier this month and reports have suggested it will have a naturally-aspirated 1.5-liter engine with outputs of 101 hp (75 kW / 102 PS) and 107 hp (79 kW / 108 PS) – depending on the market.

The concept, on the other hand, will reportedly preview a Hyundai Creta-sized EV that will be built in Gujarat and go on sale by 2025.

Nissan sweetens Ariya and Leaf EV ownership with these perks