NanoFlowcell Unveils QUANTiNO Twentyfive As It Expands Into The U.S. 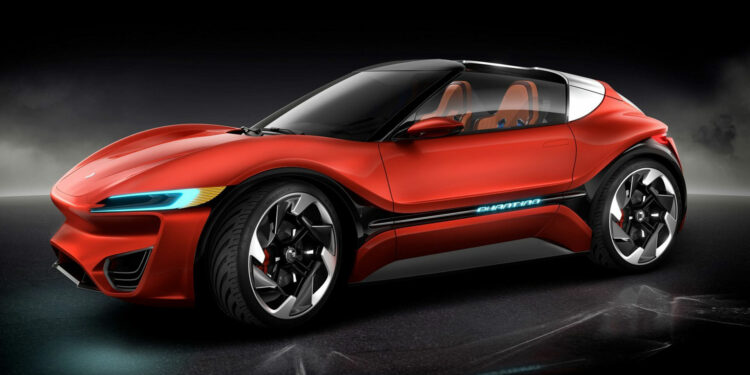 NanoFlowcell Holdings is expanding to the United States with plans to build its QUANT series of EVs locally.

We haven’t heard much from nanoFlowcell since they showcased the production-ready QUANTiNO in early 2016, some 12 months after it was presented as a concept at the Geneva Motor Show in 2015. We have no idea what the company has been up to for the past 7 years but appears to have been encouraged to venture into the U.S. following the implementation of the Biden administration’s Inflation Reduction Act.

The EVs developed by nanoFlowcell are unique has they don’t use battery packs. Instead, they use bi-ION technology that uses a positively-charged electrolyte and a negatively-charged anolyte which meet in an ion-selective membrane, generating electricity.

In a press release announcing its growth into the U.S. market, the London-based company said it has “project plans for the series production of the QUANT E-models as well as the construction of a large-scale bi-ION® production facility, providing transportable renewable energy for fuelling nanoFlowcell applications.”

“With the Inflation Reduction Act, the U.S. has made the largest investment in clean energy in U.S. history, and the potential implications for renewable energy are far-reaching,” company chief executive and chief technology officer Nunzio La Vecchia added. “We will not seek government investments for nanoFlowcell USA to expand our manufacturing facilities and infrastructure in the United States; where appropriate, we will enter into strategic partnerships to build and expand manufacturing and infrastructure, and to integrate nanoFlowcell technologies into all sectors of the economy.”

To mark the brand’s U.S. expansion, as well as its 25th anniversary, a special version of the QUANTiNO has been showcased, dubbed the twentyfive. It takes the form of a 2+2 with a removable roof and sports an electric motor at each wheel, producing a combined 320 hp. The vehicle’s bi-ION electrolyte solution is stored in two 125-liter (33 gallon) tanks and can travel a claimed 2,000 km (1,242 miles) on a tank. Topping it up will require the construction of a dedicated fueling infrastructure with nanoFlowcell’s bi-ION solution.

23 EV charging stations all powered up, to open soon in Chandigarh : The Tribune India

How to secure an electric vehicle for Xmas – The Canberra Times