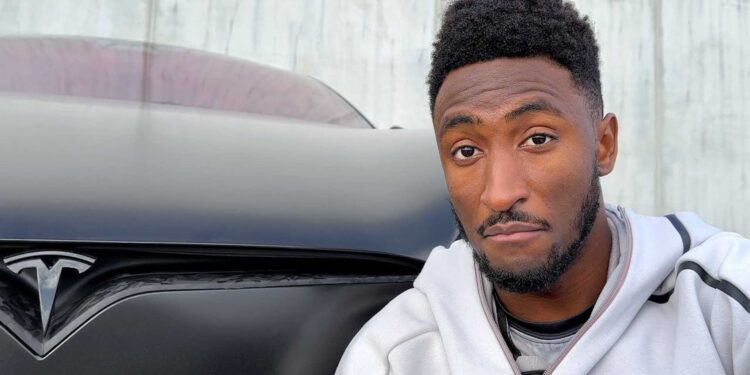 
Very few people own the Tesla Model S Plaid compared to its smaller and less expensive siblings, the Model 3 and Model Y. For that reason, there aren’t a whole lot of real-world reviews of the car, especially by owners who have driven it for some time and racked up the miles. Who better than esteemed tech reviewer Marques Brownlee (MKBHD) to tell it like it is?

As you may know by now, MKBHD started a new YouTube channel called Auto Focus, on which he focuses on autos, obviously. Marques has been driving and talking about Tesla’s vehicles for years now since he’s a tech reviewer and a Tesla owner, and he recently decided it was time to branch out and expand upon his EV-related coverage.

While most of the Auto Focus videos thus far have been unrelated to Tesla, Marques admitted it was time to cover his Tesla Model S Plaid. The Plaid hasn’t been on the market all too long, and it’s a Tesla’s flagship performance sedan, with a price tag well north of $100,000. It’s known for its tri-motor all-wheel-drive electric powertrain that makes a whopping 1,020 horsepower and can rocket you from zero to 60 mph in as little as 1.99 seconds. Needless to say, the car has already set numerous records, though quicker rivals are already coming to market.

That said, while Marques is floored with the Model S Plaid’s performance, as it seems to be the case with anyone who drives the car, there’s much more to this Model S than just ridiculous acceleration. And, much like any new car, there are a number of pros and cons. You may already be apprised of some of the Plaid’s positives and negatives based on the many professional reviews available online. However, MKBHD has actually spent a full year and a half behind the wheel of the car, during which he’s racked up 30,000 miles.

Check out the brief and informative video to learn all about Mr. Brownlee’s favorite daily driver, why he loves it so much, and what he’d change if he was calling the shots at Tesla. Then, scroll down to the comment section and let us know what you think of his EV coverage and insight.

Flying cars are here and available to preorder

EV Smart Charging: How can it be the promising future of EVs?