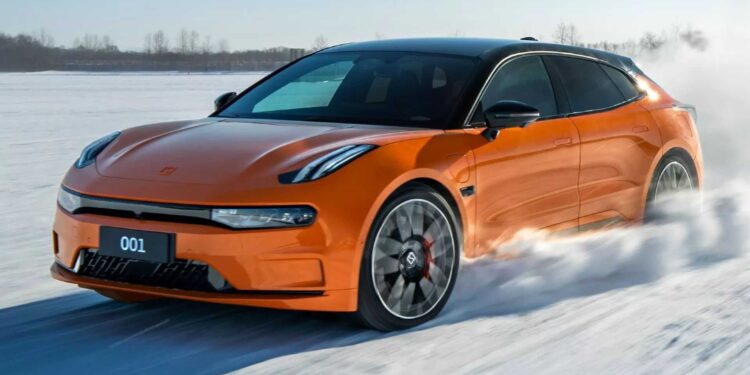 
Geely has just revealed an updated version of the Zeekr 001 EV, which is now available in China with a 140-kWh battery pack that can take it more than 1,000 kilometers (620 miles) on one charge. That has to be the biggest battery we know of in a production car of this type, which should in theory make the updated 001 the world’s longest-range BEV, in spite of the fact that the official range figure might be slightly optimistic.

Keep in mind that the stated 1,032 km (641 mile) range is calculated on the Chinese CLTC test cycle, which is not really representative of its actual real world range and is known to be less accurate than the WLTP cycle used in Europe. The largest pack will only equip 1,000 Zeekr 001s, so it’s a kind of special long range edition, but the vehicle is also available with smaller 86 kW and 100 kWh batteries that don’t have a production cap and provide 546 km (339 miles) and 741 km (460 miles) respectively on one charge.

Geely actually revealed the Zeekr 001 in April of 2021, so we are not surprised the manufacturer didn’t make any visual changes to the vehicle, either inside or out, since it’s still a new model. New paint colors have been made available with this update, including Polar Night Black, Extreme Blue and Yu Guang Orange.

The vehicle also gets adaptive air suspension, LED matrix headlights, and with the optional Z Sport package 22-inch forged wheels, bigger brakes gripped by Brembo calipers and upgraded 18-way adjustable sports seats. Single- and dual-motor configurations are offered, with 268 horsepower or 536 horsepower respectively, with the latter being able to accelerate from standstill to 100 km/h (62 mph) in 3.8 seconds; top speed is 200 km/h (124 mph).

Geely said last year that it plans to bring the Zeekr 001 to Europe sometime in 2023, but pricing has yet to be announced. In China, the 001 costs from around $43,500, but it will probably be a bit more expensive when it reaches the Old Continent later this year.