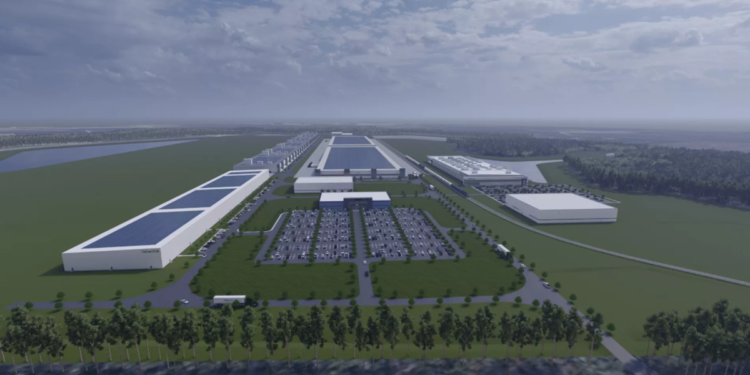 
Battery recycler Redwood Materials, which last month announced a state record for its planned investment in a Berkeley County factory, is raising $200 million through a debt offering amid the biggest electric vehicle-related building boom in U.S. history.

The borrowing represents fresh financing for the six-year-old privately held company, largely through promissory notes that can be converted into stock.

The recent offering disclosed last week with the U.S. Securities and Exchange Commission brings Redwood’s fundraising to more than $1 billion, according to financial database PitchBook.

A Redwood spokesperson did not provide specifics about what the money will be used for.

“These filings are from a single $200 million offering in 2022 that would convert upon a next funding round,” said Alexis Georgeson, the company’s vice president of communications and government relations.

The Carson City, Nev.-based recycler, founded by former Tesla executive JB Straubel, plans to invest $3.5 billion in a plant on more than 600 acres at the Camp Hall Commerce Park off Interstate 26 in Ridgeville.

Redwood has said construction will start by March 31, with operations to begin by year-end and a workforce that eventually will total 1,500 employees. It would be the largest economic development project in South Carolina based on capital investment, and politicians have approved more than $226 million in tax breaks and other incentives to land the company.

Redwood reclaims the minerals from lithium-ion batteries so they can be recycled into new power packs for electric vehicles. Currently, most of those expensive anode and cathode materials come from China, and the U.S. Department of Energy is making billions of dollars in low-interest loans and grants available to businesses that can bring production to America.

That’s helped to spur a record $70 billion in EV and battery factory announcements nationwide over the past two years, according to an analysis by The Wall Street Journal.

South Carolina has grabbed its share this year, with automakers Volvo and BMW prioritizing EV production and battery plants planned for the Upstate, Florence and Columbia, in addition to Redwood’s facility.

The federal Inflation Reduction Act is also a factor in the dash to build battery manufacturing and recycling plants, with tax breaks for new EVs based in part on where a car’s battery materials come from.

Along with incentives, private investments and potential government money, Redwood is raising funds and collecting materials through partnerships with Ford, Volvo and other automakers. In November, Redwood announced a deal with Volkswagen in which the automaker will collect old household electronics like laptops and cellphones to be recycled into batteries, according to a report by Axios.

“This is the first time an automaker is collecting household lithium-ion batteries and rechargeable devices that can be recycled domestically to create new electric vehicle batteries,” Axios stated.

Redwood recently announced a deal with Lyft to recycle batteries from the rideshare operator’s electric bicycles. The company also recycles scrap from a battery plant run by Panasonic and Tesla.

EV batteries can last between 15 and 20 years, so not many are available to be stripped down and recycled. That isn’t likely to change until the mid-2030s, according to a report by Benchmark Mineral Intelligence cited by The New York Times.

Redwood said that’s one of the reasons it chose the Berkeley County site, which is about 35 miles from the Port of Charleston. The company said it hopes to import raw materials through the port to be refined at the Camp Hall site.

Our twice-weekly newsletter features all the business stories shaping Charleston and South Carolina. Get ahead with us – it’s free.