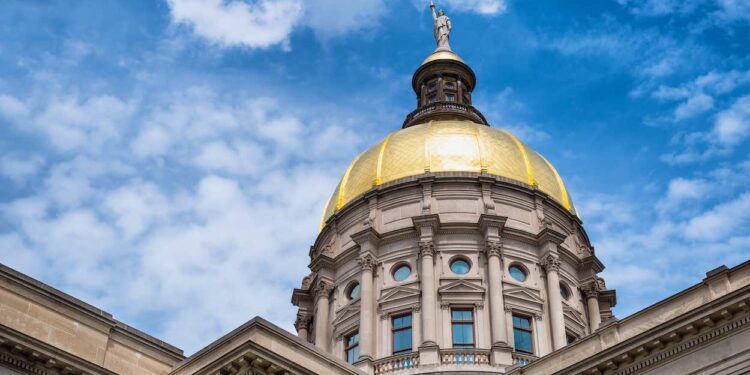 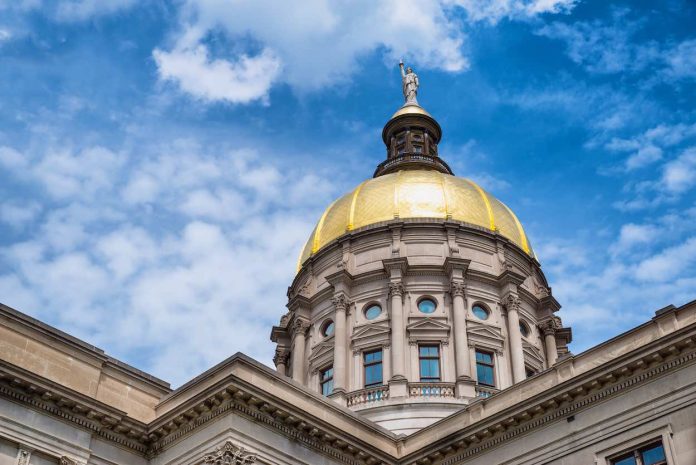 ATLANTA – The 2023 session of the General Assembly beginning Monday is expected to get off to a slow start.

With the Georgia Bulldogs vying for their second straight college football championship on Monday night and Thursday’s inauguration of Gov. Brian Kemp for a second term, there won’t be a rush to get down to legislative business on the session’s front end.

Since it’s not an election year, lawmakers also won’t be in a hurry on the back end to finish up under the Gold Dome and hit the campaign trail.

But once the ceremonies have been dispensed with, new legislative leaders have been elected, and committee assignments are in place, the General Assembly will take up an agenda likely to include mental health, public safety, tax policy, education funding, electric vehicles, and the perennial debate over legalizing gambling.

A highlight of last year’s legislative session was a lengthy overhaul of the state’s mental health-care delivery system championed by the late House Speaker David Ralston. The goal this year is to build on the success of that measure.

Legislators are more likely to introduce smaller, individual bills this year to address problems with mental health services in the state, said Roland Behm, chairman of the board of the Georgia Chapter of the American Foundation for Suicide Prevention.

The Georgia Behavioral Health Reform and Innovation Commission issued a report recently recommending the state set up a loan forgiveness and repayment program for mental and behavioral care professionals. To qualify, providers would need to accept Medicaid patients and practice for five years in areas where there is a shortage of mental health-care services.

Kemp, too, is looking to build on his first-term success in the public safety arena. At the height of campaign season last October, the governor unveiled a second-term platform that calls for increasing penalties for gang members who recruit minors.

Taking aim at criminal justice system reforms that include the granting of no-cash bail, Kemp also wants to require judges to consider a defendant’s criminal history when issuing “own-recognizance” bonds.

“Although we’ve made significant progress putting dangerous criminals behind bars and making our communities safer, we still have work left to do,” he said.

Along with public safety, Kemp also built his successful reelection campaign around cutting taxes. He backed two bills last year that provided a $1.1 billion tax refund, which quickly appeared in checks to Georgia taxpayers, and a longer-term measure that will reduce state income tax rates starting next year.

Sitting atop a $6.6 billion budget surplus, the state can easily afford the additional tax cuts.

“Everybody expects revenues will come back to Earth at some point,” he said.

Wingfield said one-time tax rebates are attractive at a time inflation is running high. But he sees accelerating the reduction of income tax rates to the current tax year as a better approach.

“If you take the same amount of money and cut rates for the future, you’re giving people an incentive to work harder, save more and invest more,” he said.

The General Assembly also is expected to consider overhauling the state’s education funding formula to provide additional support for children living in poverty, higher student transportation costs, and the need to fund school support staff. The Quality Basic Education (QBE) formula was adopted back in the mid-1980s.

“We’ve spoken with leaders in both political parties, and [changing the funding formula] seems to be an area of interest,” said Matt Smith, director of policy and research for the Georgia Partnership for Excellence in Education, a nonprofit affiliated with the Georgia Chamber of Commerce.

A proposal to decrease the student-to-school counselor ratio also has the support of both Kemp and the state Department of Education.

With Rivian and Hyundai beginning construction on huge electric vehicle manufacturing plants in Georgia – the two largest economic development projects in the state’s history – Georgia policy makers are anxious to accommodate the industry by rolling out a network of EV charging stations.

A legislative study committee that grappled with the issue last summer and fall was unable to come up with a way to balance the interests of retailers that might want to build stations – including convenience stores – and utilities also wishing to enter that space.

The state Public Service Commission stepped in last month by approving a provision as part of a Georgia Power rate hike request that gives retailers a right of first refusal when the utility seeks to build a charging station in their area. After Georgia Power publishes a list of addresses of stations it plans to build, local retailers wishing to build nearby will have 18 months to object, said Angela Holland, president of the Georgia Association of Convenience Stores.

The provision also limits Georgia Power to building no more than 11 charging stations per year, which must be in rural areas, which are considered less likely to attract private investment.

“That addresses of a lot of our issues,” Holland said.

The study committee did recommend legislation requiring EV charging stations to charge motorists by the kilowatt-hour for the electricity they sell rather than according to the amount of time they spend charging their vehicles.

Supporters of legalized gambling are expected to renew their push for sports betting, casinos, pari-mutuel betting on horse racing, or some combination of the three, armed with a statewide poll.

The survey, released in October by the Georgia News Collaborative, a consortium of more than 100 news organizations including Capitol Beat, found 59.7% support for legalizing casinos in Georgia and 45.6% favoring the legalization of online sports betting, slightly ahead of the 42.6% opposing it.

Legalizing any of those forms of gambling in Georgia would require the General Assembly to pass one or more constitutional amendments, which then would go to voters.

Georgia Rep. Ron Stephens, R-Savannah, a longtime proponent of legalized gambling, said he’s optimistic it could pass this year given the large number of new lawmakers taking office on Monday. Also, newly elected Lt. Gov. Burt Jones, a former senator who introduced a sports betting bill in 2020, will be presiding over the Senate.

“Every term, there’s less opposition to it,” Stephens said.

While there’s been debate over the years over how the state should spend the tax revenue legalized gambling would generate, much of the focus has been on propping up the HOPE Scholarship program, which no longer covers the full cost of tuition for many eligible students.

“There’s nowhere else to get the kind of revenue we need long term,” Stephens said. “When you’re not fully funding HOPE … it’s time has come.”

— [This story is available through a news partnership with Capitol Beat News Service, a project of the Georgia Press Educational Foundation.]