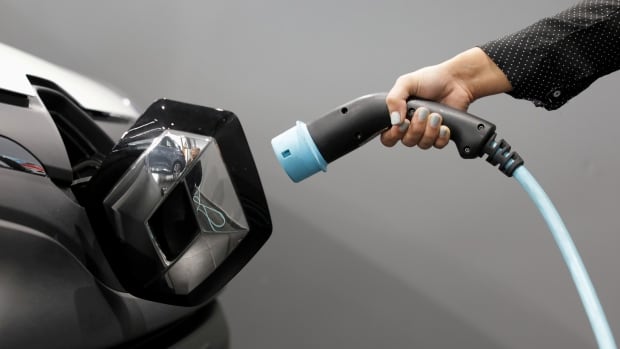 
While the adoption of electric vehicles (EVs) in Saskatchewan is slow and steady, some central and northern communities are starting to address the need for charging stations to make the regions friendly to tourists.

According to charging station mapping websites like ChargeHub and PlugShare, EV charging stations are a scarce commodity north of Saskatchewan’s Highway 3. This means a vast area of the province north of places like Prince Albert, Melfort and Lloydminster is not accommodating to EV drivers.

As sales for electric vehicles grow in other provinces like British Columbia and Ontario, some Saskatchewan communities are seeing the lack of charging infrastructure as a potential detriment to their tourism industries.

“If more and more people are going toward electric vehicles, we’re going to need to provide those services within our northern communities if we’re going to attract the people that we hope to attract,” said Duane Favel, mayor of Ile-à-la-Crosse, Sask., about 375 kilometres northwest of Saskatoon.

This is the second year there has been a charging station at the local hotel in Ile-à-la-Crosse. It was put in by the Sakitawak Development Corporation.

This is not a project to be tackled by a single community, Favel said. He wants northwestern communities to get together to create a larger network.

Nipawin Mayor Rennie Harper said the discussion about charging stations started three years ago in her town. At first people in the town, located about 225 kilometres northeast of Saskatoon, were expecting industry to bring charging stations in, but it was not happening, she said.

Thanks to a federal grant through ÉcoOuest, a Manitoba non-profit that is providing third party federal funding for sustainable development projects like charging stations, Nipawin will see six Level 2 stations being installed by the end of next year. A Level 2 station will provide an 80 per cent charge in a matter of hours, while a Level 3 fast charging station provides that in 30 minutes.

Nipawin’s stations will also be used by municipal vehicles, said Harper, as the town already plans to eventually replace its fleet with EVs eventually.

Other municipalities are waiting for the private sector to take more of a lead in implementing these stations, said Danny Robidoux, executive director at ÉcoOuest Canada. Questions about the feasibility of EVs in Saskatchewan’s cold climate are also influencing some communities’ decisions, he said.

“There’s a whole education process that is really in need to reassure people that electric vehicles can do the job, they can work in our climate. To some extent, we don’t have much choice, because that’s where the industry is going, so we’d better start planning for it.”

The distances between some northern Saskatchewan settlements are quite long, meaning people could potentially have a long way to go between charging stations, said Joel Cherry, a spokesperson from SaskPower.

Cherry said plans are underway to address high traffic areas of the province by installing 20 fast charging stations along key routes. High tourism areas are among the routes being considered, Cherry said.

The Saskatoon to Prince Albert to La Ronge corridor has already been chosen and will address infrastructure needs in Prince Albert National Park, Elk Ridge and Waskesiu.

“We’re signing funding agreements with the projects that were selected to receive funding, and once the agreements are final, we’ll make an announcement with the locations,” Cherry said.

Malcolm Lucy, president of SaskEV, has personally watched the industry grow since he bought his own Tesla Model 3 Long Range all-wheel drive EV in October 2018.

The number of charging stations being installed around the province is a huge change from even two years ago, he said. Lucy sticks mostly to in-city driving, he said, but he also doesn’t think twice about heading to Regina or Edmonton, as those corridors are now completely electrified.

He said he used to have to be wary about highway travel.

“That reality, for me anyway, has completely gone away with the rapid growth that we’ve seen.”

As the dealer co-ordinator for SaskEV, William Hale maintains the website’s vehicle availability page for the entire province. Hale once owned his own electric vehicle dealership, but sales weren’t high enough to keep it open.

Vancouver, Montreal and Toronto see the most EV sales in Canada by far, but Hale said that is because there are provincial rebates on top of an existing federal one that encourage those purchases.

“The [number] of people [in Saskatchewan] interested in buying electric vehicles is not large enough to have a big enough voice at the dealers, and the dealers are not stocking those vehicles,” he said.

Some dealerships are ordering EVs, he said, but supply chain issues have made waits long.

Ford, for instance, is quietly joining the fray with its F-150 Lightning and the Mustang Mach-E, as well as making it company policy that all dealerships must be EV certified by June 30, 2022. Hyundai and Kia are also making EV models that are more affordable than Teslas.

Lucy said the ultimate goal is to see electric being the dominant form of transportation, but doesn’t expect that within his lifetime.

In the future, he expects there will be Level 3 charging stations anywhere you would expect to see a fuel pump now, he said.

Lucy cited a few ways the Saskatchewan government is not encouraging that transition. It’s not the only province to not offer rebates or mandates to encourage EV ownership, but Saskatchewan was the first, and so far only, province to annually tax electric vehicle owners, Lucy said.

“It’s $150 a year,” Lucy said. “This is another disincentive for certain people to make that transition.”

The 2023 Chevy Bolt EUV is the Best Deal in Electric Cars!