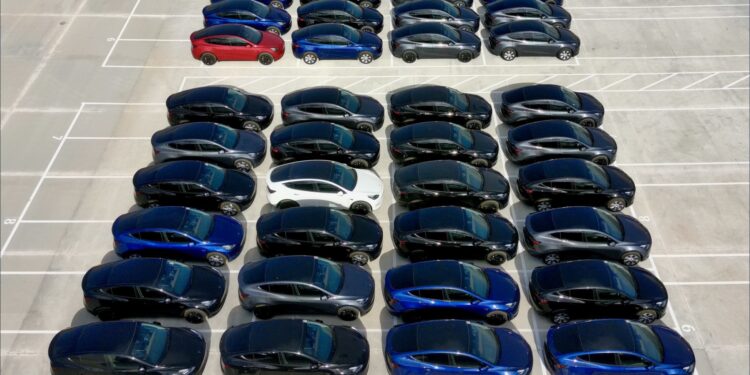 Tesla’s new 4680 batteries were unveiled several years ago, and the automaker had some tall promises for the new cell. It was intended to increase range, power, and lifespan with new materials and manufacturing techniques. It was finally equipped in Tesla’s All-Wheel-Drive Model Y built at Gigafactory Texas last year.

Only a handful of the 4680-equipped Model Ys made it to the public before the trim configuration was sold out. Tesla has not completely ramped up 4680 cell production as of yet, but last year it celebrated several milestones in the production of the cell.

BREAKING: It appears Tesla is has restored the Standard Range AWD Model Y (269mi range) with 4680s built in Texas to their inventory with ~40 currently for sale across the county starting at ~$64,000 just a couple thousand dollars cheaper than a Long Range AWD (330mi range). pic.twitter.com/EPPhBXaPWa

The vehicle has a hefty asking price for its range when compared to the Long Range All-Wheel-Drive. It is only $2,000 cheaper than the other option, which offers range ratings of 330 miles per charge, Tesla’s Online Design Studio says.

The vehicles appear to be either test drive or demo units, as their odometers all read below 50 miles. Considering them as potential test drive units is a reach, considering the extremely low mileage.

Tesla seemed to perform an extremely limited rollout of the 4680-equipped Model Y, especially as only a handful of people had the opportunity to drive or own one. Tesla’s Senior VP of Powertrain Drew Baglino has driven one for some time, and he and CEO Elon Musk chatted briefly about it during the company’s most recent earnings call.

Others have been able to get their hands on the crossover, including Ryan Levenson of the Kilowatts, who did a review of the vehicle comparing it to the Long Range All-Wheel-Drive configuration of the Model Y built in Fremont, California.

EV v hybrid v PHEV | Which is right for you? | Drive.com.au