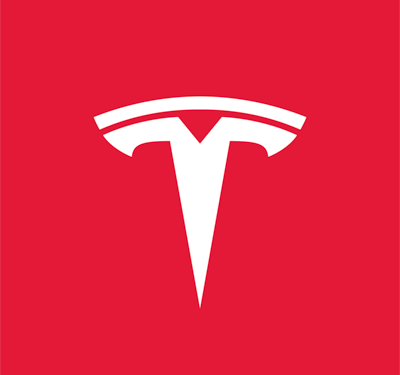 
One of the top headline-making stocks of the year has been Tesla Inc. (TSLA, Financial) as it has plummeted from all-time highs and its CEO has gotten distracted by his purchase of social media platform Twitter. The stock price has undergone a steep decline from all-time highs even as the company has still reported relatively strong revenue and earnings growth. This has led some investors to believe Tesla could be undervalued. However, that may not necessarily be the case. 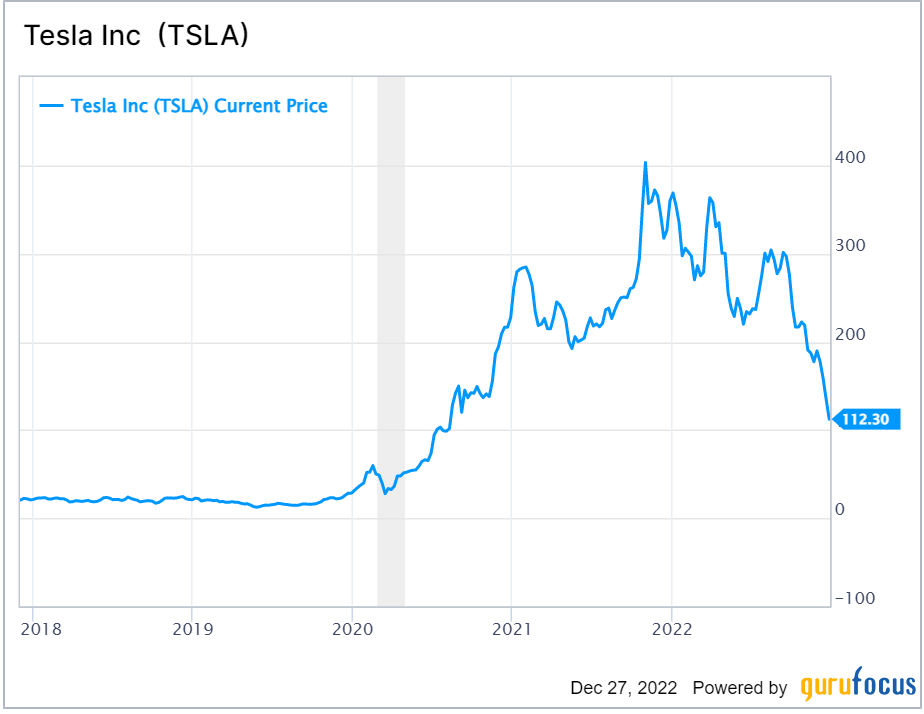 Tesla is the largest designer and manufacturer of electric vehicles in the U.S. It also has factories and sells its vehicles in Europe and China. In addition to its main EV business, the company also has smaller business such as its solar buisness and its humanoid robot moonshot project.

Vehicle manufacturing is a very capital-intensive business; that’s not any different for EVs as compared to combustion vehicles. The factory infrastructure and capital needed to reach Tesla’s goal to produce 10 million cars per year is enormous. Tesla has spent over $25 billion since it began operations to sell 3 million cars.

The industry’s capital issues are clearly on display with the company’s much-anticipated Cybertruck. Although originally slated for production to commence at the end of 2022, supply chain issues mostly involving semiconductors have caused delays and now production is expected to begin at some point in 2023.

While Tesla has so far held up well compared to peers in terms of keeping its supply chain secure (thanks in no small part to CEO Elon Musk’s supply chain expertise), the business has shocked investors with a recent announcement of price discounts. The company’s cars have usually sold themselves due to their trendy popularity and market demand, but now, buyers of the Model 3 and Model Y can receive a $7,500 discount on cars delivered in December. There appears to be an unprecedented demand issue as competition heats up and the economy struggles. It will be interesting to see if this continues into 2023. Tesla cars are luxury goods, so the effects of high inflation and high interest rates may be creating a problem for the company. Musk’s preoccupation with running Twitter certainly isn’t helping.

In the third quarter of 2022, the company continued to show solid growth rates. Revenue increased 56% to $21.5 billion and operating income increased 84% to $3.7 billion. Earnings per share doubled to $0.95 from $0.48 in the prior-year period. Results were due to strong growth in vehicle deliveries, which totaled 343,830 this quarter compared to 241,300 deliveries in the prior-year period.

Tesla has faced criticism throughout much of its history for not generating free cash flow, but it finally turned profitable a few years back, which marked the beginning of its dramatic share price rise. Operating cash flow for the first six months of 2022 was $11.4 billion, and with capex of $5.3 billion, free cash flow was $6.1 billion. The company maintains a strong balance sheet with $19.5 billion in cash and equivalents at quarter’s end and debt and finance leases of $3.5 billion. Inventories almost doubled year over year, increasing to $10.3 billion from $5.8 billion.

The crux of the Tesla story for investors is, what is the stock worth now compared to the reduced price it’s trading at? It used to be the case that the market cap of the company was greater than the value of all other car companies combined, which of course was ridiculous. For comparison, Toyota Motor Corporation (TM, Financial) typically sells 2 million vehicles per year in the U.S. alone, while Tesla’s annual global sales may approach 1.3 million this year. Toyota’s market cap is $188 billion while Tesla’s is still $356 billion, even after the steep stock price decline in 2022. 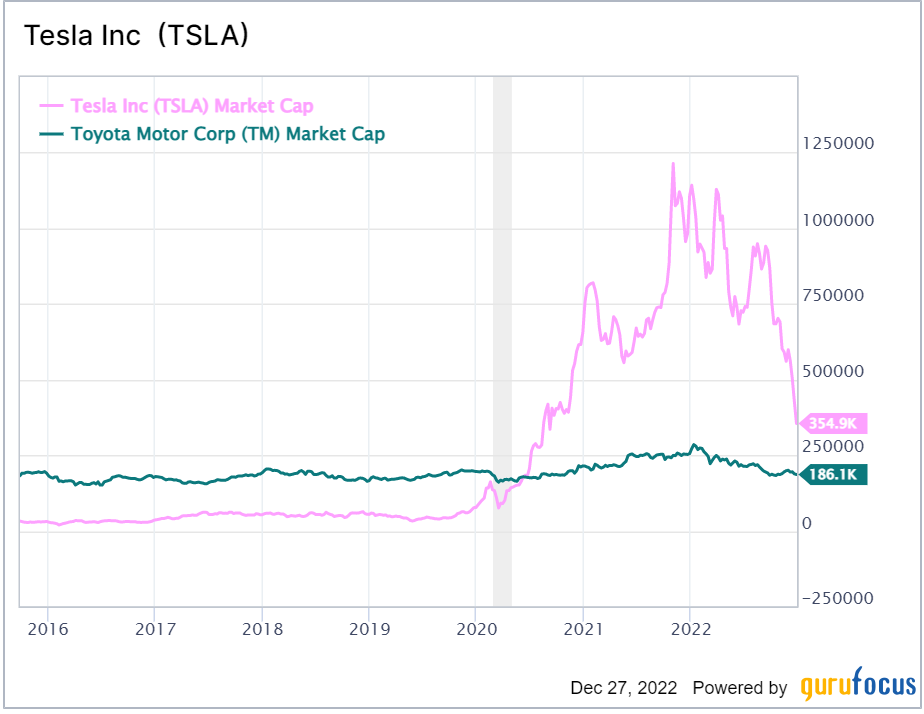 Consensus analyst GAAP earnings per share estimates for Tesla are approximately $3.60 for 2022, which differs from non-GAAP estimates of closer to $4.00. The company still expenses high levels of stock compensation, which totaled $1.1 billion in the first nine months of 2022. That puts the company selling at 32 times the current year’s earnings estimates. The enterprise-value-to-Ebitda ratio is approximately 18. The sector’s average price-earnings ratio is around 12, but many legacy companies such as Ford MotorCo (F, Financial) trade at lower price-earnings ratios.

Tesla is of course growing faster than most legacy auto companies, but still, that’s a high valuation multiple in an industry that’s estimated to be reaching a cyclical peak.

The GuruFocus discounted cash flow calculator gives me a fair value estimate of $77.00 per share when using a 10% long-term growth rate estimate. Some might argue with me and say that this growth rate estimate is much too low, but it reflects the possibility that for a good chunk of the next 10 years, the company will be experiencing a cyclical downturn in the automotive industry, which I believe is likely. The company would need to post an average growth rate of over 23% for the next decade in order to just be worth its current price, based on the GuruFocus reverse discounted cash flow model.

Morgan Stanley (MS, Financial) provides a sum-of-the-parts price target of $330 per share using separate values for the auto business as well as the mobility, supplier, energy, network services and insurance segments. However, those valuations appear to be bull market valuations and not base case or worst case scenarios.

Although Tesla continues to show above-industry average growth rates, the math still doesn’t work out in terms of valuation. Tesla bulls will contend that the math has never worked out for the company but the stock still continued to increase. However, I believe those days are long gone and we saw the end of that in 2021 as the bull market came crashing down. The EV space is no longer new and hot, Tesla is having to offer discounts to keep demand strong and its famous CEO is no longer dedicated to the company. None of these things bode well for Tesla’s stock price.

Fact Check Team: The future of electric vehicles in the US – ABC NEWS 4

Fact Check Team: The future of electric vehicles in the US - ABC NEWS 4