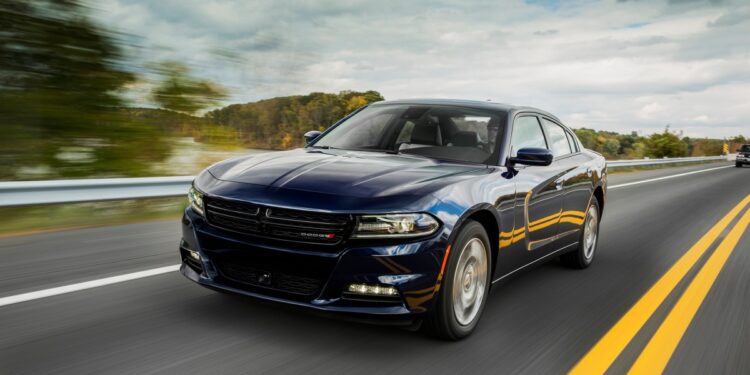 
The Dodge Charger offers everything from a sensible V6 and all-wheel drive to supercharged tail-happy sports sedans. Better yet, the cheapest offering in the model’s lineup, the SXT, is versatile and well-suited for daily driving. However, the 2023 Dodge Charger SXT has one glaring issue: it’ll be the last car of its kind before the automaker discontinues it.

What is the Dodge Charger SXT package?

The SXT trim in the Dodge Charger lineup is the most affordable variant of the model. The Charger SXT packs a 3.6L Pentastar V6 producing between 292 and 300 horsepower and a smooth eight-speed automatic transmission.

Moreover, TrueCar says the 2023 Dodge Charger SXT includes Apple CarPlay, Android Auto, Bluetooth connectivity, and a seven-inch touchscreen to access its user-friendly UConnect infotainment system. In fact, one of the things that U.S. News like the most about Dodge cars is the UConnect system, which they call “easy to learn.”

Unfortunately, the option isn’t available for fans who want a V8-powered Charger trim like the R/T or SRT Hellcat with AWD grip. Instead, only the SXT and GT offer optional AWD. Potential owners can equip their 2023 Dodge Charger SXT with AWD for an additional $3,600.

Also, opting for a 2023 Charger SXT with AWD will bump the power from 292 to 300 horsepower, although it will also add weight to the already heavy sedan. Still, four-wheel grip in inclement weather makes the Dodge model a solid option for daily driving, not unlike the Challenger AWD and Chrysler 300 AWD.

How big is the trunk of a Dodge Charger?

The Dodge Charger has 16.5 cubic feet of cargo volume. That puts the Charger ahead of comparable sedans like the Nissan Maxima, which has around 14.3 cubic feet of storage.

Moreover, the Charger comfortably seats five in a four-door application, which makes it much more convenient than its sibling car, the Challenger. While the Challenger has the largest trunk in the muscle car segment, its rear seats and two-door coupe platform are less practical than the Charger.

How much is an SXT?

That makes the SXT cheaper than the GT, R/T, and every other trim in the model’s lineup. However, it also makes it more affordable than some of its closest competitors. For instance, the Nissan Maxima starts at around $39,235. Also, the Chrysler 300, which shares a framework with the Charger, starts at about $35,140.

Dodge announced that the 2024 Dodge Charger would be a production version of the Daytona SRT EV concept. The Daytona SRT EV is a fully-electric coupe, meaning the Charger will ditch two doors and its library of gas-powered engines.

The biggest issue the 2023 model year has is what it represents. The Charger will be the last conventional car in the namesake’s history. However, the next generation of Chargers promises performance and progression. Share your thoughts on the outgoing Charger or the Daytona SRT EV below!