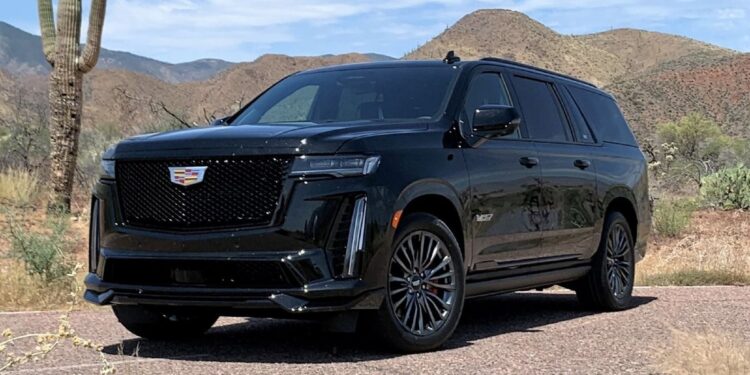 
Future Escalade models might be part of a new sub-brand of Cadillac. General Motors plans to create EV sub-brands from some of the top names. These include Escalade, Camaro, and Corvette. As GM moves toward an all-electric lineup, they could use the Escalade name for more than future luxury electric SUV models.

Is the Cadillac Escalade the right nameplate for a new luxury electric SUV sub-brand?

The Escalade showed up in the full-size luxury SUV market in the late ‘90s. This new model gave us an SUV that has become the gold standard of high-end SUVs for over twenty years. The future of this name could be as an EV sub-brand, with three or more models sharing the Escalade name.

GM could market these new Escalade models similar to the Hummer EVs from GMC. First came the pickup truck version of the Hummer EV; next, the SUV model will arrive in the 2024 model year. After these two, could the Hummer EV lineup include a crossover? Possibly, but that’s not what we’re here to discuss.

How could the Escalade grow beyond its current model?

The EV world is a “move forward or move out” entity. GM looks to continue the forward movement begun by the Chevrolet Bolt EV models. According to Car and Driver, the Escalade name should continue to be offered on a full-size electric SUV, a crossover SUV with seven seats, and possibly a high-end MPV.

Where will these new luxury electric SUVs be sold?

Does GM have a target for the new Escalade crossover?

Porsche is working on an all-electric three-row crossover called the K1. This is the target of the new Escalade crossover. This new electric Escalade could be the EV equivalent of the XT6. It could also be offered as a high-performance crossover. It’s easy enough to expect Porsche to offer a family-sized sporty SUV, and if Cadillac wants to compete, this new Escalade crossover will need to be just as impressive.

Could there be a fourth mode in the new Escalade sub-brand lineup?

GM Authority hints at the possibility of an all-electric carlike crossover wearing the Escalade name. This could be a fourth model, that might offer the off-road qualities desired in a small all-terrain SUV. If we had to venture a guess, this new carlike luxury electric SUV might be right to be the equivalent of the GMC Terrain.

The Cadillac Escalade could become more than a large, full-size, luxury SUV with massive power and performance. It could become a new all-electric GM sub-brand with a lineup of luxury electric SUV models. If this plan moves forward, we could see three popular GM names becoming new sub-brands with new EV offerings.

Next, check out this big dawg fight with the Escalade, or learn more about the new Escalade luxury electric SUV lineup in the video below:

The Future of EVs, panel of experts at Basecamp Miami.