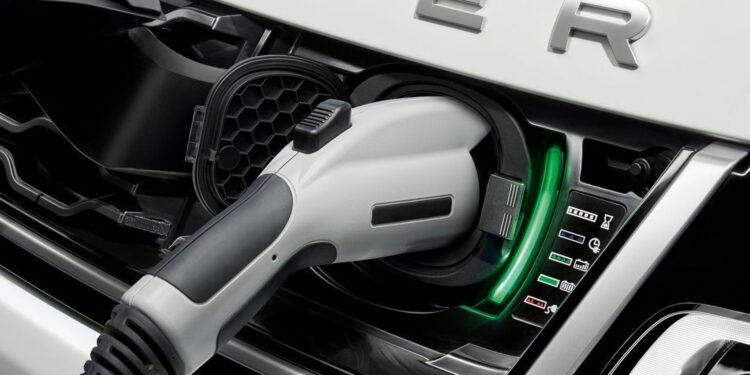 
PHEVs are slowly becoming less relevant, as owners are almost exclusively using the gasoline engine and not touching the electrical power.

Plug-in hybrids are rapidly becoming one of the most popular forms of vehicle on the planet, as we move away from pure internal combustion power. But research is showing that what are called PHEVs are not getting plugged in as much as they should be by their owners. A study from the International Council on Clean Transportation shows that as far as regulators are concerned, this simply is not happening as much as they assume. This is having quite the impact on their maximum emissions benefit.

The ICCT states that PHEVs should be plugged in daily, so they can take advantage of the emissions benefit that they have over regular ICE cars. Of course, if people are not plugging them in like they need to be to make use of this, then it defeats the purpose of owning such a vehicle. The whole ethos behind hybrids and electric cars is to be as efficient and green as possible. A lot of why PHEVs are not getting plugged in as often is because of their very nature. They can get driven on pure gasoline power.

PHEV Owners Are Using Their Gasoline Engine More Than They Need

With an electric vehicle, you are more likely to plug it in on a daily basis, depending on how you drive it. Charging is also, of course, mandatory on an electric vehicle. Don’t charge it and you won’t get to go anywhere in it. That isn’t an issue that faces PHEVS, even if they are hybrid at heart. PHEVs can of course get driven purely by the gasoline engine. However, what the research has found is that this has a negative impact on the fuel consumption.

The study goes on to say that early adopters to PHEVs have more than likely got access to charging. Either via one near their home, or one at their house itself. More mainstream adopters it also said can’t be now assumed to plug their car in as often. The ICCT is hoping that this can in fact get remedied. To do this, they have recommended looking at actual electric miles driven with PHEVs. This can then get used to inform regulatory decisions. They argue that the EPA could easily generate the data needed via on-board reporting diagnostics.

Electric Miles In PHEVs Are Exceptionally Low As Of 2022

The stats regarding just how low the miles are makes for some interesting reading. The California Bureau of Automotive Repair (BAR) found that real-world electric miles driven by PHEVs is much lower than it could be. They have put it in the region of 25%-65% lower, a huge percentage range. Fuel consumption conversely is some 42%-67% higher, thanks to that lack of mileage done on the electric power. This is all based upon the EPA-sanctioned window-sticker labels, and it makes for some pretty shocking reading. People are simply not maximizing the potential of their cars.

Drivers need to really begin maximizing the electric mileage within their cars as frequently as possible. The ICCT says it is recommending a minimum electric range requirement for PHEVs. California currently has something similar for its range requirements, regarding zero-emission vehicles. In the future, California will require a 50-mile range from PHEVs dependent on a few testing cycles. This change could see the range of some PHEVs jump by an incredible 40 miles, showing just how poor the range on some of these vehicles actually is. It’s little wonder people tend to use their gasoline engine.

Changes to the minimum range is not the only thing that might come into place for PHEVs. Some recommendations also include minimum all-electric power. There is also maximum sizes for the gas tanks plus mandatory fast charging capability. This will push PHEVs more into the direction of electric propulsion. It will bring the usage of those electric miles up. And it will bring the fuel consumption lower and raise overall mileage. This will also ensure that PHEVs stay relevant in the face of the fully-electric revolution.

Making Sure PHEVs Stay Relevant Is A Difficult Task

This follows up analysis querying whether the emissions benefits of PHEVs are really worth it. It is not the first time this has happened and many feel that all-electric cars should be the focus of automotive manufacturers. But PHEVs offer a good alternative for those not yet ready to commit to fully electric. There are also a lot of other factors at play, such as reliability and cost compared to all-electric cars. Step one of making PHEVs more relevant in 2023 though is to bring that gas mileage down and that electric mileage up. PHEVs then might stand a chance against the onslaught of the all-electric car.