The Window to Capture a $7,500 Electric-Vehicle Tax Credit May Be Closing. How to Snag It. 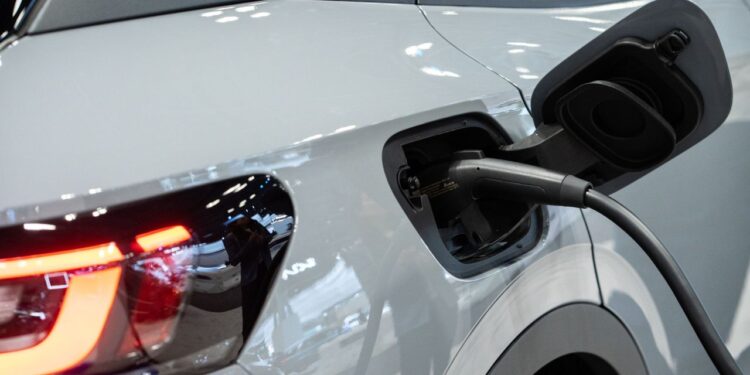 Americans are flocking to electric vehicles, pushing sales up 127% over the past two years. To sweeten the deal, the federal government is offering a tax credit of up to $7,500 for EVs and other “clean vehicles,” including plug-in hybrids.

But buckle up if you want to qualify. You’ll have to navigate a tangle of eligibility rules. Dealers aren’t likely to sell for anything below sticker price. And you may need to buy before additional rules are expected from the Internal Revenue Service in March—cutting or eliminating credits for some models.

“If you want an EV, now is the time to go after it,” says Ingrid Malmgren, policy director for Plug In America, an EV advocacy group.

The credit rules, revised under the Inflation Reduction Act, are a hash of good and bad news for buyers. One positive change is that models from

(TSLA) now qualify. The government no longer has an eligibility cap of 200,000 EV sales—a provision that restored the credits for GM and Tesla.

Tax breaks are also available for plug-in hybrids like the Audi Q5 PHEV and BMW 330e. And, for the first time, you can get a credit on used cars.

Get a sneak preview of the top stories from the weekend’s Barron’s magazine. Friday evenings ET.

But a big obstacle is a new requirement for a car to have final assembly in North America. While leasing may be a way around that, the rule change disqualified sales of vast swaths of EVs and plug-ins, including cars made by Toyota, Hyundai, Kia, and Subaru.

Ultraluxury vehicles are off limits. Sport utility vehicles, pickup trucks, and vans are eligible only if the sticker price is under $80,000. For cars, the limit is $55,000.

To check if a car meets assembly requirements, you can plug in its vehicle identification number on a Department of Energy site. The IRS also lists vehicles that meet its criteria.

Shoppers face a time crunch. The government plans to impose battery-sourcing requirements on EVs to qualify for tax credits. For 2023 models, 40% of the battery’s critical minerals and 50% of its parts must be sourced in North America or countries with a U.S. free-trade agreement. The mineral and component requirements increase by 10 percentage points each year. If a car meets only one threshold, for minerals or components, the buyer would qualify for half the credit, or $3,750.

The battery rules will go into effect after the IRS issues guidance, expected in March. Once effective, the thresholds could disqualify most EVs from a full credit, says Chris Harto, a senior policy analyst at Consumer Reports. “Most vehicles will qualify for the battery component credit, but most—and maybe all—will not qualify for the minerals piece,” he says.

(F), and GM have said their models will probably meet the threshold for parts but not critical minerals, meaning the credit could be cut to $3,750 for their models.

One big winner, for now, is Tesla. The leading EV maker has eight model variations—more than any other manufacturer—that qualify for the $7,500 credit, including its Model Y All-Wheel-Drive and Model 3 Long Range. But come spring, credits on those cars will probably be cut in half.

One other factor: You must take possession of the car before the IRS issues battery-related rules. A down payment and a signed sales agreement aren’t enough to seal the tax perk.

Hagglers are likely to face stiff resistance from dealers. Inventory of EVs was already tight due to supply shortages left over from the pandemic. Dealers may see a surge in demand as shoppers try to nab the full tax break before March, giving them scant incentive to make concessions. Many EVs are selling for the sticker price, or more. That may add to upfront costs and total costs of ownership.

“Vehicles that will come out ahead in the economics are those whose prices haven’t been increased by dealers a lot and still qualify for the credit, like the Nissan Leaf and Chevy Bolt,” Harto says. “The Bolt is a screaming buy,” he notes, referring to GM’s best-selling EV, starting at $26,500.

Another way to get a tax credit is with a used car. The credit’s value may equal up to 30% of the sale price and is capped at $4,000. However, used models must be purchased through a dealer for no more than $25,000.

One potential way around some eligibility rules is to lease. Commercial car buyers, like dealers, aren’t subject to the myriad consumer rules. When dealers’ financing companies buy EVs to lease to customers, they can get the full $7,500 credit and pass on the savings. “Consumers may be able to capture the credit when they negotiate a lease,” Malmgren says. “This has the potential to be a significant loophole.”

Yet dealers may not dole out the full savings, given the strong demand for EVs. Lease terms and prices also embed interest rates and other costs that could make a purchase more economical over years of ownership.

Whether any of these cars will save you money depends on the price of gas and competing cost of electricity. Factoring in higher prices of EVs, plus repair and maintenance costs, it usually takes six years of ownership to be more cost-effective than a conventional model, says Harto. While tax credits can help, the window to capture the full benefit may close fast.