These Next Generation Wind Turbines Double Up As EV Chargers 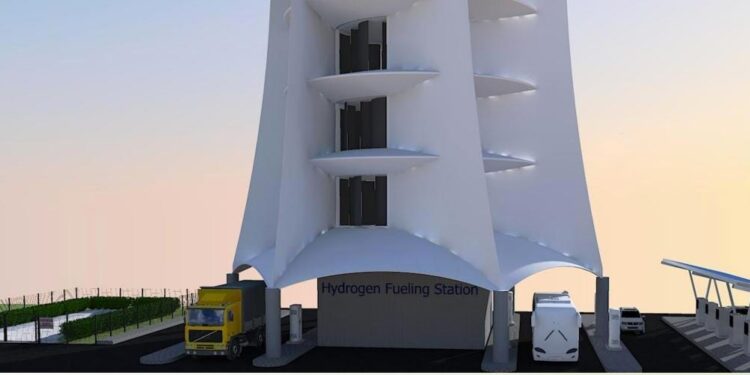 
Energy bosses are warning that high bills are here for the foreseeable future, as the world undergoes an inevitable re-wiring of its energy system and supplies.

The current energy crisis has made transformation of the energy infrastructure a priority like never before. The good news is that renewables are making advances at breakneck speed, not only in terms of delivering energy at a lower cost, but also through technological breakthroughs that enable renewables to offer more energy efficiencies than ever before.

Ludo Loyens, Wingardium Energy Founder, is one of many climate tech entrepreneurs helping to usher in the energy transition with groundbreaking innovation.

Wingardium Energy is distributing and building the next generation of wind energy turbines, designed and manufactured by US-based Kohilo Wind. The Wingardium vision is for renewable energy that is clean, stable, on-demand, constant, and which can be operated via a ‘smart grid’ anywhere in the world.

“We generate more efficient energy, there are no peaks, no flows, you get a flat output,” says Loyens.

This is a considerable achievement since fluctuating supply and dependability has been one of renewables’ biggest drawbacks until now.

So what makes the Kohilo Brand wind turbine a revolutionary breakthrough?

It has a Cyclone Vertical Axis Turbine – that can produce both electricity and hydrogen – this simultaneous production of two energy forms, enables a constant power output regardless of wind speed. Each turbine is also outfitted with its own hydraulic storage, to facilitate the guaranteed, constant energy supply.

Kohilo Brand turbines are already in operation in the Philippines, Israel, Brasil, the US, and an 8 megawatt turbine will be built in the Netherlands in 2023.

A large Wingardium turbine costs 20-30 million Euros to install, but has a long lifetime of 40-45 years and is made with recyclable material.

Loyens sees a big opportunity for expansion through the huge demand for fast charging stations for electric and hydro trucks. He explains that many charging stations for EVs could fall short in meeting charging demand. Wingardium can help to bridge this problem with its wind turbines that can both generate and store energy – to ensure consistent high-volumes of supply for charging vehicles.

And Loyens is adamant about not only enabling a clean energy, but also a wealth distribution revolution, by offering the opportunity for local communities to invest in every installation.

The Wingardium turbine can be installed as a decentralised generator – enabling the creation of a local energy hub that can power residents, businesses, industry and warehouse sites.

Loyens envisions a local, smart grid that offers decentralised ownership with local investors that can reap the reward of the transition to a more sustainable world.