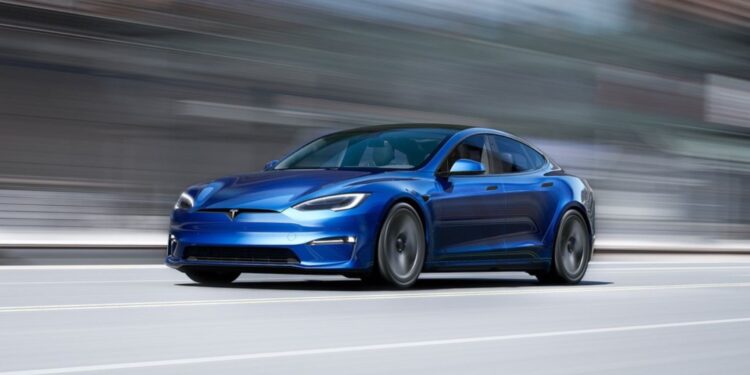 
In recent years, Chinese automaker BYD has made a name for itself in the electric vehicle market, becoming the best-selling among 2022 electric cars, and tripling its new energy vehicle (NEV) sales from the previous year. But BYD’s ambitions don’t stop there.

The company has also made a significant impact in the electric bus market and has even caught the attention of Tesla, with reports suggesting the American automaker is interested in potentially acquiring BYD’s solid-state battery technology.

This indicates BYD’s potential to not only be a major player in vehicle production but also in battery technology. As the demand for electric vehicles continues to grow, it will be interesting to see how BYD continues to make waves in the industry.

In 2022, Chinese automaker BYD made history as the world’s top-selling electric vehicle brand, selling a staggering 1.8 million new energy vehicles (NEVs). This marks a significant milestone for the company, as it more than tripled its NEV sales from the previous year.

BYD’s success can be attributed to its very good new electric vehicles and strong production numbers, with the company setting a new record of 235,197 NEVs produced in December alone. This brought BYD’s total NEV production for the year to over 1.86 million units, a 208.6% increase from 2021.

But BYD’s dominance in the electric vehicle market extends beyond just sales figures. The company is also the leader in terms of volumes of NEV production, with 49% of its 2022 NEV sales being pure EVs. In comparison, Tesla, the leading EV manufacturer, sold 1.31 million EVs in 2022.

It’s clear that BYD is making a strong push to take on Tesla in the electric vehicle market, and with its impressive sales and production numbers, it’s well on its way to becoming a major player in the industry. As the demand for electric vehicles continues to grow, it will be interesting to see how BYD and Tesla continue to compete for supremacy in the market.

BYD Electric Buses On Top Of The World; Where Is Tesla?

As the world’s best-selling electric vehicle brand in 2022, BYD has established itself as a major player in the electric vehicle market. However, the company’s ambitions don’t stop there. BYD has also made a name for itself in the electric bus market, where it has a significant presence compared to Tesla. While Tesla has made headlines with its electric semi-truck prototype, the Tesla Semi, BYD has been quietly building its reputation as the world’s largest electric bus manufacturer.

In fact, BYD has delivered over 30,000 electric buses to customers in more than 50 countries worldwide, and furthermore, some new BYD models are seriously getting Tesla worried. This achievement is made even more impressive by the fact that BYD has been producing electric buses for over a decade, while Tesla only recently entered the market with its electric school bus.

BYD’s electric buses have been put to the test in a variety of real-world scenarios, including public transportation in major cities and shuttle services for companies and universities. The buses have proven to be reliable and efficient, with some models boasting a range of up to 250 miles on a single charge.

In addition to its electric buses, BYD is also a leading manufacturer of electric taxis (well, not driverless like the ones operational in San Francisco) and electric forklifts. This diversification has helped the company weather economic downturns and emerges as a well-rounded player in the electric vehicle market.

RELATED: Why Tesla’s FSD Is Useless To Use In Snowy Winter

Could BYD Solid State Batteries Be The Future Of EVs?

In the world of electric vehicles, Chinese automaker BYD has established itself as a major player, with impressive sales and production numbers. However, the company’s influence may soon extend beyond just vehicle production, as reports have surfaced that Tesla is interested in potentially acquiring BYD’s solid-state battery technology.

For those unfamiliar with solid-state batteries, they are considered to be the next generation of battery technology, with the potential to revolutionize the electric vehicle industry. Solid-state batteries offer several benefits over traditional lithium-ion batteries, including faster charging times, longer range, and improved safety.

Given Tesla’s reputation for pushing the boundaries of electric vehicle technology, it’s no surprise that the company is interested in BYD’s solid-state batteries. In fact, Tesla CEO Elon Musk has previously expressed his admiration for BYD’s battery technology, stating that the company “has the best cells.”

If the acquisition were to go through, it would be a major win for BYD, solidifying the company’s position as a major player in the battery technology space as well as the electric vehicle market. It would also be a strategic move for Tesla as it looks to stay ahead of the curve in the rapidly-evolving world of electric vehicles.

While it’s still too early to say whether the acquisition will actually happen, the fact that Tesla is considering it is a testament to BYD’s innovative capabilities and potential to be a major player in the electric vehicle industry.