This Tesla Model X Owner Bought A Rivian R1S: Which Is Better? 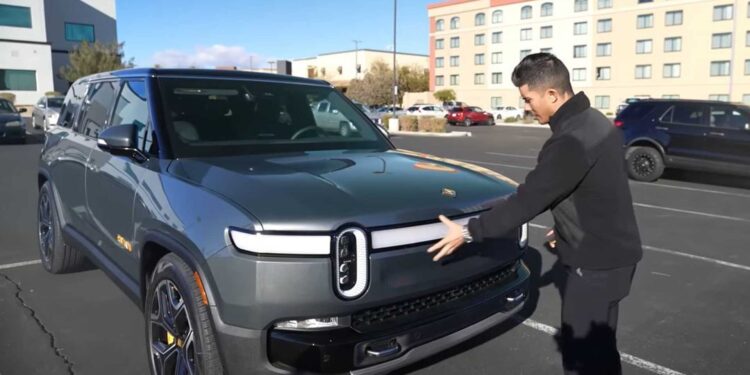 
This Tesla Model X owner waited three years to take delivery of his Rivian R1S electric SUV. It has finally arrived, and it’s time for him to share his initial thoughts with the world. Most importantly, how does it stack up to his Tesla SUV?

If you’re in the market for an electric SUV, there are now several options on the market, including a growing number from both mainstream and luxury automakers. Legacy brands are finally bringing electric crossovers to market, and there are a handful of options from startups, such as Rivian and Fisker. However, if you’re looking for a three-row model, the choices are slim.

To be clear, the Tesla Model X was the only three-row fully electric passenger vehicle on the market for years. As automakers made new EVs, most were smaller cars or tiny crossovers. The times are changing, and we’re seeing electric pickup trucks and SUVs outnumber sedans and hatchbacks. Following the Model X, the only other electric SUV with three rows was the Tesla Model Y, though its third row is expensive, it only seats two people, it’s only suitable for kids, and it cuts into cargo space significantly.

The time has finally come that the Model X has an arguably worthy rival in the Rivian R1S. Not only is it a sizable SUV with relatively traditional styling and three rows of seats as standard, but it’s also a luxury-level offering from a startup that aims to parallel Tesla in many ways.

Popular YouTube influencer and R1S owner Ryan Pineda will tell you he’s thoroughly impressed with the new SUV, and he’ll have a whole lot more to share going forward. However, just based on his initial impressions, you’ll see that the delivery experience started everything off on the right foot. A Rivian specialist delivered the three-row SUV and gave Ryan a full walk-through, detailing everything he needs to know about the EV. While this is expected, it’s not always the case these days.

Ryan highlights a whole host of reasons he feels the R1S “destroys the Tesla Model X.” He loves the look of the SUV inside and out, the five different key options, the huge powered frunk, the massive and versatile cargo area, and so much more. To top it off, Ryan reminds us that the R1S is about half the price of a new Model X.

To learn much more about the R1S from Ryan, check out the whole video. Words don’t do it justice, as he goes into exacting detail about the electric SUV and its features. Ryan also takes us on a first drive to give us his impressions on the road.

What do you think about Rivian? Are you impressed with the R1S? Is it worthy of competing with the Tesla Model X and other luxury electric SUVs? Start a conversation in the comment section below.