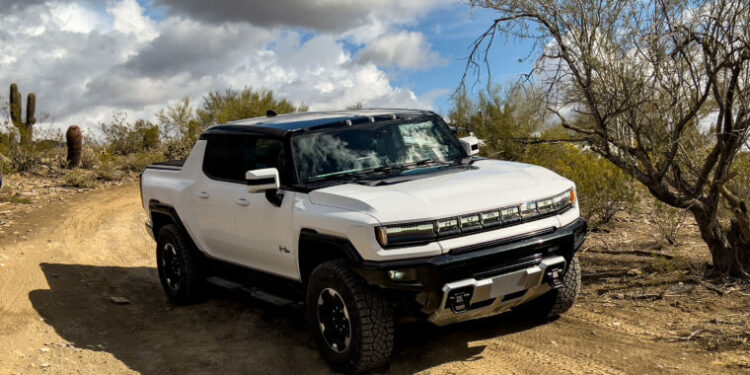 
If you’re concerned that road vehicles are getting too large and too heavy, particularly as we make the transition to electric ones, you’re not alone. On Wednesday, National Transportation Safety Board chair Jennifer Homendy raised the alarm during her keynote speech at this year’s Transportation Research Board’s annual meeting in Washington, DC.

“I’m concerned about the increased risk of severe injury and death for all road users from heavier curb weights and [the] increasing size, power, and performance of vehicles on our roads, including electric vehicles,” she told attendees.

The poster child for excessive EVs is the GMC Hummer EV, a monster truck with a monstrous 9,063 lb (4,110 kg) curb weight. The vehicle is still powerful enough to hurl itself to 60 mph in three seconds. Appropriately, that feature is called “WTF mode.” Indeed, Homendy drew attention to the gigantic Hummer in her speech.

“Its gross vehicle weight rating is a staggering 10,550 lbs. The battery pack alone weighs over 2,900 lbs—about the weight of a Honda Civic. The Ford F-150 Lightning is between 2,000 and 3,000 lbs heavier than the non-electric version… That has a significant impact on safety for all road users,” Homendy continued.

The problem is one of simple physics: All else being equal, a heavier vehicle imparts more energy during a crash than a lighter one. Speed matters, too, of course—small increases become big increases in kinetic energy during a crash. But while municipalities and states set speed limits, there isn’t a similar restriction on passenger vehicle curb weights.

To help visualize the problem, it’s useful to look at some examples of our vehicles gaining mass over time. Consider, for example, America’s bestseller, the Ford F-150 pickup truck. It comes in myriad combinations of powertrain, cabin, and powertrain, but let’s look at examples that are closest to today’s F-150 Lightning, Ford’s excellent EV pickup. Where a spread of curb weights was given, I erred on the side of caution and selected the heaviest one.

This problem is not limited to pickup trucks. We can see the same trend with BMW’s 3 Series, which grew a bit between 1993 and 2003, then quite significantly by 2013. Some of that mass had been shed for 2023, at least until you move to a plug-in hybrid or a battery EV powertrain.