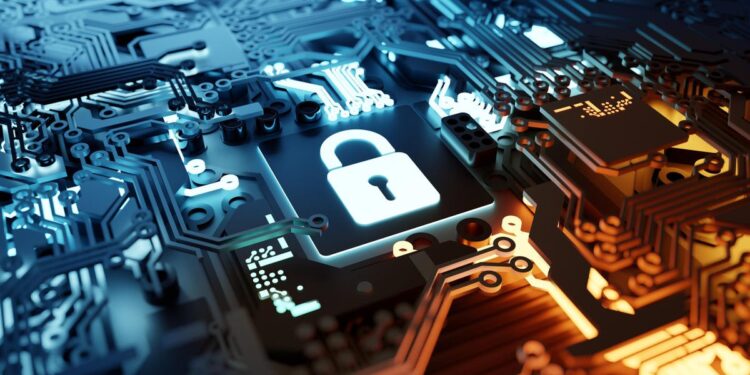 
Ev Kontsevoy is cofounder and CEO at Teleport, a provider of identity-based infrastructure access management.

We learn more when things get difficult.

Over the past five years, we’ve lived through a period of tremendous growth and optimism in the tech sector. Record funding rounds, sky-high valuations, and robust private sector and government spending produced a period in which founders could easily gain traction and startups were flush with cash to spend on each others’ services. Starting a business is never easy, but this economic environment did simplify the early stages for many entrepreneurs.

We are now in a different reality. Facing increased inflation, skittish investors and a struggling supply chain, businesses no longer have the access to easy money that made launching and scaling so achievable. Economic downturns cause people to become fearful and conservative, which is reflected in decreased stock prices, down funding rounds and less frequent IPOs.

It may seem right now like there are few opportunities for growth and success, but history shows that this isn’t the case. Look no further than Hollywood blockbusters like The Big Short—many investors who made bold, shrewd bets during the Great Recession booked huge profits even as the economy fell to pieces. The same holds true for startups; those companies with exceptional products and bold visions can experience wild success even as most other companies struggle to gain traction.

For companies with a transformative product, tough economic times might even be the best time to grow market share or create a new market entirely. Most customers right now are focused entirely on value, choosing to invest only in those solutions that will provide them with a tangible economic benefit. Solutions that launched (Slack) and thrived (AWS) during the Great Recession immediately offered new benefits and functionalities to a massive base of customers.

The current downturn will have winners and losers, and being able to predict the winners will be hugely valuable. To understand which technologies will lead us out of the downturn, we should look at the choices being made now by hyperscalers—the massive companies that operate at an unprecedented scale with seemingly limitless resources.

The History Of Hyperscalers

The technology industry is often compared to the fashion industry. Engineers are humans, and we’re susceptible to influence—even fads. New JavaScript frameworks and configuration management systems replace their out-of-favor predecessors on a yearly basis.

However, there are long-term trends that are reliable and stable, and these trends are most often defined by a handful of large companies that effectively make choices for everyone else. Hyperscalers—companies like Google, Amazon, Microsoft, Facebook and Apple—employ so many engineers, operate such enormous server fleets and process so much data that they’re operating at a scale that other companies can’t comprehend. Hyperscalers can’t purchase off-the-shelf solutions for their problems because nobody builds off-the-shelf solutions for their scale. Instead, these industry titans create new solutions to their challenges that inevitably become the next must-have technology for everyone else. As we say in Silicon Valley: “The future is already here, it is just not evenly distributed.”

In the early 2000s, Google realized that a search engine could never have a viable business model by running on traditional high-end servers. While those machines were fast and reliable, they were also expensive—boasting exotic processors and running under proprietary UNIX or Windows operating systems. Google decided instead to switch to slower no-name x86 machines managed by a free and open-source operating system called Linux. This one decision by a hyperscaler revealed that the reliability of expensive machines doesn’t matter at scale, and the resulting invention was cloud computing.

The winning cloud infrastructure offerings all follow the pattern of taking complex, cutting-edge technologies that the hyperscalers have battle-tested and then making them available to everyone else. AWS was a productized version of Google’s architecture. Docker democratized containers, while Kubernetes is just a simplified version of Google’s Borg. Hadoop came out of Yahoo, Cassandra was built at Facebook, and Apache Kafka came out of LinkedIn.

The next big things in tech aren’t just over the horizon; they’re already here. After the explosion in cloud computing innovations over the last decade, it’s only logical that the next technologies to be validated by the hyperscalers will be in security.

A Turning Point For Security

Businesses have taken ample advantage of the utilities and scale offered by cloud computing, but security has failed to keep pace. With enterprises overseeing more sensitive data now than ever before, many organizations still rely on security postures that were designed for a world of data centers and defined perimeters—not the wild west of public clouds. Legacy access protocols like usernames and passwords—essentially just secrets that can be lost, shared or stolen—are fundamentally unable to scale to the level demanded by hyperscalers.

The scale is larger and the stakes are higher than ever before. Companies like Google, Facebook and Apple oversee massive amounts of sensitive information. When that information is breached or stolen, it causes tremendous economic and reputational damages—not to mention opening the door to potential litigation or government oversight. Many hyperscalers have started relying on secretless, identity-based access using certificates. They’ve recognized that the concept of a perimeter is obsolete, and they’re turning instead to zero-trust architectures. These companies are already making the big decisions that will shape the next decade of security and technology as a whole. The companies that can adapt quickly to these technology shifts will become the big winners of our current downturn.

Like any major industry shift, it can be incredibly overwhelming to implement new systems of operation. Organizations looking to implement new solutions that are secretless should focus on one access solo at a time, starting with the most recent projects; boiling the ocean by attempting to transition the entire organization at once is a recipe for failure. While this will be an ongoing, long-term process for many organizations, I believe the best day to start is today.

Forbes Technology Council is an invitation-only community for world-class CIOs, CTOs and technology executives. Do I qualify?

Why the Tesla Semi is the Future of Trucks