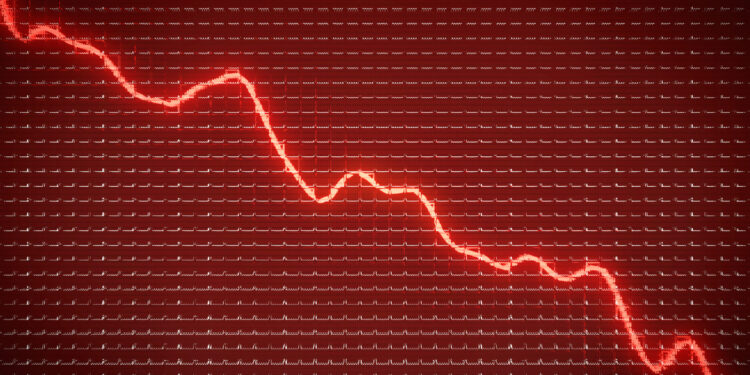 Tesla (TSLA -2.81%) stock tumbled in early trading on the Nasdaq Friday, as investors considered whether new price cuts on some of Tesla’s most popular cars might indicate waning demand — and imperil profits at Tesla. But at the same time as investors are worrying about Tesla’s future, they’re practically panicking over Rivian Automotive (RIVN -7.76%) — the stock of which is down 7.4% as of noon ET.

But why is that exactly? Shouldn’t “bad” news for Tesla be good news for its competitors?

You’d think so, right? But here’s the thing: In slashing prices on its own EVs, Tesla has essentially declared an electric car price war on rivals like Rivian, GM, and Ford. According to published reports, a Model 3 electric sedan or Model Y electric crossover for sale in Europe today costs anywhere from 1% to 17% less than what it cost on Thursday. In the U.S., the discounts are even steeper — anywhere from 6% to 20%.

And that’s only the start of the bad news for Tesla’s rivals. Reading between the lines of Tesla’s U.S. announcement, both advertised versions of the Tesla Model 3 now fit well beneath the $55,000 ceiling price that qualifies these electric cars for $7,500 income tax subsidies from the federal government. Tesla’s Model Y “long-range” crossover similarly qualifies after the price cut, and the Model Y “performance” — if classified as an SUV, at least — should fit nicely beneath the IRS’s $80,000 ceiling for electric SUVs as well.

For comparison, only the lowest-trim version of Ford’s Mustang Mach-E electric qualifies for the tax credit (at least, according to the IRS). Higher-trim versions of Ford’s ballyhooed F-150 Lightning electric pickup truck, too, may fall afoul of the IRS’s strictures.

At GM, the Chevy Bolt EV is nicely priced at a starting cost of just $26,500 — but the company’s Cadillac brand Lyric electric sedan will get no love from the IRS at a starting price of nearly $63,000.

How important are these price restrictions, set by the IRS, to an automaker’s competitiveness in the electric cars market?

That’s tough to say for certain. Certain car buyers may simply prefer the Mach-E over a Model 3, for example, regardless of price. Others may want the cachet of being the only house on the block to own a Rivian. It is interesting to note, however, that according to Car & Driver at least, the estimated cost of a new Rivian R1T electric pickup is being set at no more than $75,000 — just under the $80,000 MSRP limit set by the IRS for electric pickups.

I don’t think that happened by accident. I think the car companies are watching these limits like proverbial hawks — and this would suggest that Tesla’s decision to cut prices is a predatory move designed to undercut its rivals and preserve or gain market share.

And I’d furthermore suggest that Tesla’s price cuts will not go unanswered. In order to preserve and gain their own respective shares of the market, I suspect Rivian, GM, and Ford will be tempted to cut prices as well — potentially sparking a price war that could send both profit margins, and share prices, lower across the board.

Today feels like a dangerous day to be an investor in car stocks. Investors who are selling shares of Rivian, GM, Ford — and Tesla — are simply acknowledging that fact.

BMW CEO declares its EVs will soon be the industry ‘benchmark’