10 Countries with the Largest Nickel Reserves in the World 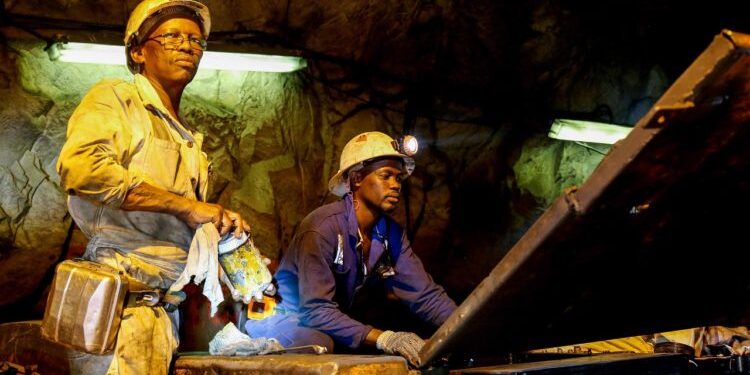 According to a report by the U.S. Geological Survey, the world’s nickel reserves stand at nearly 95 million metric tons. The major concentration of reserves is found in a few countries. A Southeast Asian country (can you guess which one?) tops the list of 10 countries with the largest nickel reserves in the world and the top country to produce the most nickel in the world. The global nickel market will be $59.14 billion in 2028, up from its market size of $36.27 billion in 2021, and will have a CAGR of 7.3% between the aforementioned period.

In 2022, the estimation for global nickel mine production given by GlobalData was 2,865.5 thousand tons (kt), showing a sharp increase of 6.8% from the production levels of 2021. In the first half of 2022, Indonesia’s increased nickel production accounted for 47% of the world’s nickel production and a 14% YoY increase in globally mined nickel which turned around the deficit seen last year in supply-usage balance to a surplus of 29,000 tons.

Nickel usage is vast and spread over many sectors with it being most popular in the stainless-steel industry and electric vehicle (EV) batteries production sector. The stainless-steel market’s expansion is abound with a rise in demand for stainless steel products. According to the Nickle Institute Organization, the stainless-steel segment is responsible for two-thirds of global nickel consumption while batteries are only responsible for 11% of nickel usage. Due to the growing popularity of EVs globally, nickel utilization in EV batteries will grow by 42% in 2022. According to a 2021 report published by the International Energy Agency, EV batteries and storage solutions will edge out the stainless-steel segment and the growing industry is expected to be the top-end consumer of nickel by 2040.

A Tumultuous Year for the Nickel Market

Earlier in the year, the nickel market was sent into a frenzy when rumors of possible sanctions being imposed on the Russian nickel giant, Norilsk Nickel, spread and almost at the same time, another big blow came in from the London Metal Exchange (LME) temporarily suspending nickel trading while simultaneously canceling trades worth billions of dollars. The debacle can be traced back to Tsingshan Holding Group Co.’s short bet and subsequent refusal to post the margin worth billions of dollars. As per the account of LME, the decision to cancel trades of March 8 was taken as many members were unable to make the margin calls. Moreover, had it not suspended the trade, the LME Clear would have faced a loss of $2.6 billion, the nickel market would have had a $19.75 billion margin call and several members would have gone into bankruptcy. Within 24 hours, nickel prices increased 250% to a peak of $101,365 per ton.

Global consumption of nickel was weakened in the year as nickel prices soared. In the September quarter, Europe’s consumption fell by 26%, Japan’s level went down by 12%, and South Korea’s consumption levels saw a decline of 6%. Moreover, demand for nickel sulfate suffered in China as EV makers cut down their production in anticipation of the EV subsidy program expiring by the end of 2022. Amid such conditions, China’s strict COVID-related restrictions put pressure on the construction industry and subsequently on the steel sector, which ultimately resulted in a decline in the demand for nickel.

Other than weaker demand for nickel on the horizon, nickel market investors are feeling doom as there is a surplus of supply building up due to Indonesia’s rapid nickel production which will affect the prices in the coming quarters. Lastly, the recent weakening demand in the stainless-steel sector has added to the supply glut of nickel.

The top companies that dominate the global nickel market are OJSC MMC Norilsk Nickel (LSE:MNOD), Vale S.A. (NYSE:VALE), and Glencore plc (OTC:GLNCY). Unsurprisingly, OJSC MMC Norilsk Nickel (LSE:MNOD) and Vale S.A. (NYSE:VALE) are based in Russia and Brazil, respectively. Both of the countries are among the top 10 countries with the largest nickel reserves in the world.

The article contains a list of the ten countries with the largest nickel reserves in the world. Most of the data has been taken from the U.S. Geological Survey of Mineral Commodity Summaries 2022, while the data for Colombia and New Caledonia was taken after researching several articles and reports.

10 Countries with Largest Nickel Reserves in the World

Colombia is home to one of the oldest human civilizations. Most of its economy is reliant on agriculture, energy, and transportation. The country’s nickel production is dependent on one mine that is the Cerro Matoso mine located in Montelíbano, Colombia. The mine is owned by South32 Limited (OTC:SOUHY), and it produced 34.1 kilotons of nickel in 2021.

The Cerro Matoso mine started production in 1982 and is expected to exhaust by 2029. The total reserves in the mine amount to slightly below 300 kilotons of nickel. It is one of the world’s largest open-pit ferronickel mines. In 2023, the mine is expected to produce 43.5 kilotons of nickel, 4% up from 2022 levels of 41.7 kilotons. Colombia is the country with the 10th largest nickel reserves in the world. Some of the biggest players in the nickel industry worldwide are OJSC MMC Norilsk Nickel (LSE:MNOD), Vale S.A. (NYSE:VALE), and Glencore plc (OTC:GLNCY).

In the US, 85% of the domestic consumption is owed to stainless and alloy steel and nickel-containing alloys usage. However, the country is set to become one of the largest global consumers due to its rising EV demand. The US EV market is expected to grow from $28.24 billion in 2021 to $137.43 billion in 2028 at a CAGR of 25.4%.

Despite being one of the countries with the largest nickel reserves, the USA’s own production is not enough to meet the needs of the country. Most of the nickel used in the US is imported. Between 2017 and 2020, 43% of the country’s nickel was imported from Canada, 10% from Norway, 9% from Finland, 8% from Australia, and the rest of it from different countries across the world.

In the 20th century, Canada was the largest producer of nickel and 99.9% of nickel coins were struck in Canada between 1968-2000. Before that, the company produced 99.9% of 5-cent coins which were removed between the world war as nickel was being used to produce armor.

The largest mine in Canada is Voisey’s Bay Mine, owned by Vale S.A. (NYSE:VALE), followed by Raglan Mines and Sudbury Area Mine owned by Glencore plc (OTC:GLNCY). Most of the Canadian nickel mines are expected to have a mine life beyond 2030.

In 2021, Canada produced 590 kilo metric tons of nickel making it one of the biggest nickel-producing countries in the world. In 2020, the country produced 6.7% of the global nickel and nickel-based exports reached $3.9 billion. Moreover, most of the country’s unwrought nickel is exported to the US, China, Netherlands, Belgium, and Japan. Over the last hundred years, over 40 billion pounds of nickel have been mined in Canada.

Nickel contributes to around 5% of Canada’s annual GDP and pays $4.7 billion in corporate taxes on average. The country’s Sudbury Basin is the world’s second-largest nickel deposit in the world.

Other than being among the 10 countries with the largest nickel reserves in the world, China makes a name for itself as the biggest importer of nickel ores and concentrates, globally. The country’s nickel production in 2021 stood at 120,000 metric tonnes and its consumption of nickel increased by 6.5% QoQ. Since the country’s nickel reserves represent only 5% of the global reserves, it has smartly invested in nickel mining projects in Indonesia. The islands of Sulawesi and Halmahera have seen investments worth $3.2 billion in 2022 by Chinese companies for nickel production.

China’s high nickel consumption is credited to its status as a major player in EV production. In the first nine months of 2022, EV sales in the country jumped by 120% because of the Chinese government’s EV subsidy program and tax exemptions on purchases. However, since the subsidy program will end in December 2022, the demand for nickel is expected to fall in the country going into 2023. Nevertheless, China’s nickel mine production is expected to increase by more than 6% in 2022.

Philippines’ nickel mine production saw growth from 334,000 metric tons in 2020 to 370,000 metric tons in 2021. In 2021, the country’s nickel ore was mainly exported to China. The nickel core export made up 89.6% of China’s import volume at 39.01 million tons for nearly $3 billion. The country’s nickel market suffered when a moratorium was placed on new open-pit mining and a ban shut down a number of nickel mines around 9 years ago by Gina Lopez, the country’s Environment Secretary at the time. After the ban was lifted in December 2021, the nickel mining market of the country saw new life and as of early 2022, the pipeline had 21 open-pit mining projects. Out of the total, 25% of the estimated open-pit mining projects will yield nickel by 2025.

According to an analyst at S&P Global Market Intelligence, between 2021 to 2025, 500,000 tons of mined nickel will be produced and a CAGR of 9% between the forecasted period will be observed. A few honorable mentions of the biggest nickel-producing companies would include the names of OJSC MMC Norilsk Nickel (LSE:MNOD), Vale S.A. (NYSE:VALE), and Glencore plc (OTC:GLNCY).

Click to continue reading about the 5 Countries with the Largest Nickel Reserves in the World.

Disclosure: None. 10 Countries with the Largest Nickel Reserves in the World is originally published on Insider Monkey. 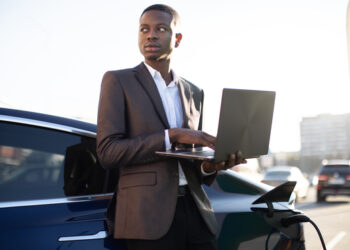 Welcome to Thomas Insights — every day, we publish the latest news and analysis to keep our readers up to... 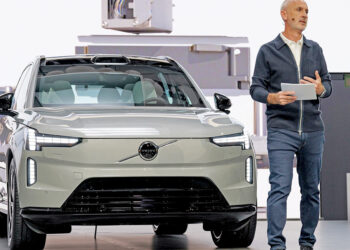 More worrisome for dealers is the threat lower-maintenance EVs pose to their profit engine — the service department. Parts and... 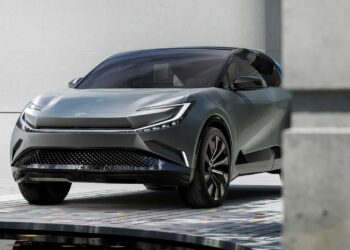 Toyota Motor Corporation is reportedly developing an EV-only platform to increase the competitiveness and efficiency of its electric vehicles and... 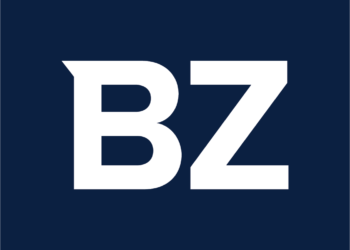