2022 Was Massive Year for Tesla for 2 Reasons 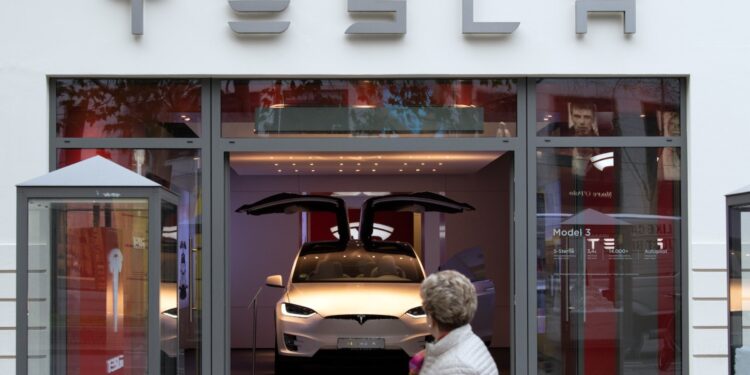 
In the world of automakers, Tesla is a startup that has only picked up steam in the last decade or so, but it’s done that at an amazing pace. Most major automakers today, such as Toyota or Ford, have a very long history that stretches back to the earliest days of the automobile, but not Tesla. Despite being so new to the game, however, 2022 was a massive year for Tesla.

According to MarkLines, although sales data for December 2022 is not available yet, it’s abundantly clear that Tesla will finish the year in the top 10 automakers for total sales in the U.S.

Unsurprisingly, auto giants like Toyota and Ford are in the top three. General Motors is currently in first place, as the company has sold just over 2,000,000 units in total so far.

So far this year, Tesla has sold a total of just under 480,000 units in America. This puts the automaker squarely in 10th place. There’s next to no chance that it loses its spot, as Mercedes is in 11th place, but the German luxury automaker only has a total of about 320,000 units in sales.

Tesla may even end up in ninth place, as Subaru is currently in that spot with just under 500,000 units in total sales.

2. Despite all the challenges facing the auto industry, Tesla’s sales are up significantly

What’s more impressive though is how fast Tesla sales are growing compared to other automakers. This is mostly because of the chip shortage and other supply chain issues that have decimated the production lines of automakers. Every automaker was affected by these issues, even Tesla. Despite that, Tesla saw a 56.4% growth in sales year-over-year.

From January to November 2021, Tesla sold just over 300,000 units, which is almost 180,000 units fewer than the EV automaker sold in that same time period in 2022. In comparison, almost every automaker saw a decrease in sales compared to last year. Toyota saw a roughly 11% drop in sales, while Honda had a massive 34% drop.

While EV automakers like Polestar, Rivian, and Lucid all saw increases in sales year-over-year, it’s important to note that those EV automakers have a low amount of output. As such, even though their percentage growth seems huge, it doesn’t mean much as Rivian only sold just under 17,000 units so far this year.

This makes Tesla’s achievement look more impressive. The company’s already selling almost 500,000 units so far, and its sales are growing at a rapid pace despite external challenges. And obviously, it’s even more impressive that Tesla was able to do that while more established automakers like Toyota and Honda saw steep drops in sales.

Porsche Taycan upgrade halves the time to charge at home