a Thrill Ride Across Acura Multiverse 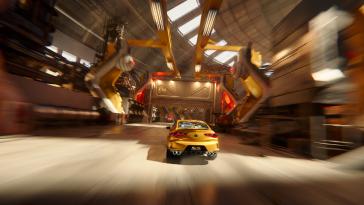 The multi-channel New World. Same Energy. brand campaign showcases Acura’s high performance products, including a glimpse of the highly-anticipated 2024 Integra Type S driven by anime racing hero, Chiaki, of Chiaki’s Journey fame, as well as the all-electric Acura Precision EV Concept that previews the styling of the zero-emissions 2024 Acura ZDX and ZDX Type S. Acura is committed to continuing to put the driver experience first in the electrified future.

“Our high-energy new Acura brand campaign is all about the fun our customers experience behind the wheel of our products,” said Meliza Humphrey, senior manager of Acura Marketing. “As Acura moves toward our all-electric future, we want our current customers and next-generation buyers alike to know we are taking on this new world with electrified offerings they will love to drive.”

The New World. Same Energy. campaign will have a robust presence at the upcoming Sundance Film Festival in Park City, where Acura returns for a 13th consecutive year as a Presenting Sponsor and Official Vehicle of the Festival and be featured throughout the March college basketball championship tournament. The campaign will run through the spring across digital and social media platforms.

The Company’s Path to an All-Electric Future
In April 2021, Honda global CEO Toshihiro Mibe outlined the company’s vision for global sales of electrified vehicles as part of Honda’s strategy to achieve carbon neutrality for its products and corporate activities by 2050. This vision called for 100 percent of the company’s North American sales to be battery-electric and fuel-cell electric vehicles by 2040.

Acura’s first all-electric model, the 2024 ZDX and ZDX Type S performance variant, will feature many of the styling themes that debuted on the Acura Precision EV Concept during Monterey Car Week last August. The 2024 Acura ZDX and ZDX Type S will be officially unveiled in 2023. More details on American Honda’s electrification plans can be found here.

About Acura
Acura is a leading automotive nameplate that delivers Precision Crafted Performance – a commitment to expressive styling, high-performance and innovative engineering, all built on a foundation of quality and reliability. The Acura lineup currently features five distinctive models – the next-gen Integra sport compact, TLX sport sedan, the RDX and MDX sport-utility vehicles,  along with high-performance Type S variants. Acura’s first all-electric model will be an SUV, the ZDX and ZDX Type S, and will arrive in 2024. All Acura vehicles sold in America are made in the U.S., using domestic and globally sourced parts.

5 Hidden EV Expenses No One Will Tell You About