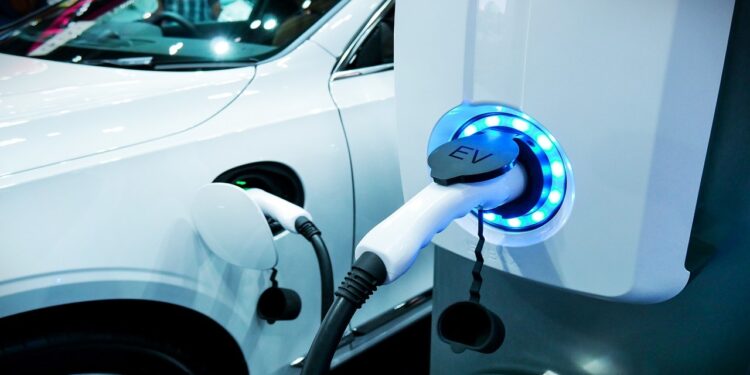 C+Charge is a new project that aims to revolutionise the EV charging industry through the use of blockchain technology and cryptocurrencies. Users can use the C+Charge app to locate charging stations and pay for their recharge using the network’s native cryptocurrency, CCHG. The platform will also reward users with carbon credits for using the platform to find and pay for its EV charging services.

As per the United States Environmental Protection Agency (EPA), vehicles that use fossil fuels contribute to around 27 percent of the accumulated carbon emissions in the atmosphere. This is a worrying figure, especially with the growing concerns around global warming and climate change. Fortunately, there is an easy fix to this problem — electric vehicles (EVs).

However, while EVs have grown in popularity over the last few years, they still lack mass adoption. One of the main reasons for this is the lack of infrastructure required to efficiently run these vehicles, namely charging stations. A dearth of charging stations limits the utility of EVs, especially when it comes to traveling long distances.

C+Charge is a blockchain crypto project that’s looking to solve this issue. The project promises to vastly improve the charging experience for EV users and also reward them for using the platform. And with EVs expected to replace traditional vehicles eventually, C+Charge could be a massive success in the years to come.

But what is C+Charge and how does it work? Tag along to find out.

C+Charge is a new project that aims to revolutionise the EV charging industry through the use of blockchain technology and cryptocurrencies. The project aims to provide EV users with a wide network of charging stations and a uniform payment solution to pay for their recharges.

Users can use the C+Charge app to locate charging stations and pay for their recharge using the network’s native cryptocurrency, CCHG. The platform will also reward users with carbon credits for using the platform to find and pay for its EV charging services.

How does it work?

It’s quite simple. Firstly, the project aims to set up a network of EV charging stations. These stations could be completely operated by C+Charge or they could simply accept the platform’s native currency, CCHG, as a payment option.

Users can then use the C+Charge mobile app to locate charging stations along their route. Once they plug into the station, they can pay for the recharge using CCHG using the in-app payment gateway. The users will earn carbon credits for every recharge made through the app using CCHG.

C+Charge is looking to set up its own charging stations and collaborate with existing charging units across the world. If the platform is successful in its endeavours, it will help create a standardised worldwide EV charging experience. Users will be able to pay for their recharge with CCHG almost anywhere in the world.

In addition, C+Charge is looking to set up solar-powered charging stations. This will reduce the load on traditional power grids and also ensure a more environmentally-friendly solution for EV charging stations.

As mentioned earlier, CCHG is the native cryptocurrency of the C+Charge ecosystem. It is built on the BNB Smart Chain and allows users to pay for recharging their EVs at all C+Charge-managed stations. It is also a deflationary token. This means that all tokens used to pay for recharges will be taken out of circulation and ensures the scarcity of the token. Therefore, as more people use CCHG to recharge their EVs, the scarcer the token will get, causing its price to rise over time.

C+Charge is currently in its presale stage. It has raised nearly $270,000 of its current $2 million presale target. The presale is set to end in two months and CCHG is slated to hit centralised exchanges by March this year.

The project has also undergone its KYC and smart contract audits, which should remove fears of a rug pull or other illicit activity. In September 2022, the platform also announced a partnership with Flowcarbon, a blockchain-based carbon credit platform. Through this partnership, C+Charge will be able to reward its EV users with carbon credits every time they charge up using CCHG.

C+Charge aims to streamline the EV charging industry and push EV adoption through its carbon credits reward system. Moreover, it will also standardise payments at EV charging units. All-in-all, it is a project that has plenty of real-world utility. As such, C+Charge offers tons of future potential, especially with EVs set to replace traditional vehicles in the coming years. However, the project is still a WIP and has a long way to go before it is fully functional.

a Thrill Ride Across Acura Multiverse

Why Honda Should Build The Sports EV In 2023