After eVTOL air taxis, United to invest in e-planes for regional hops 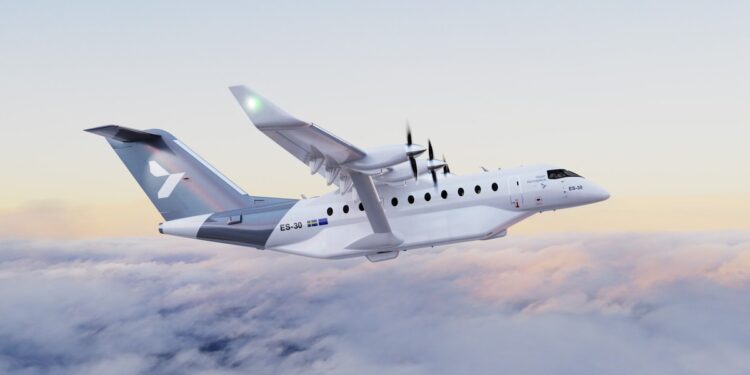 
United Airlines is going beyond its investments in shorter-range electric takeoff and landing (eVTOL) air taxis with companies like Archer and Eve Mobility, and preparing to reinforce its relationship with a Swedish maker of battery-powered planes that will operate on its regional US routes.

Comments by a United Airlines executive indicated the company was looking to introduce electric airplanes under development by Sweden’s Heart Aerospace on regional routes by the end of the decade, in addition to using eVTOL craft for shorter hops as air taxis. Mike Leskinen, president of United Airlines Ventures investment unit, told CNBC’s ESG Virtual Impact Conference that the carrier initially plans on using the 30-passenger Swedish craft for flights of 200 miles or less, then extend those to longer routes as their energy technologies evolve.

Use of electric aircraft on regional routes, and eVTOL for shorter-range air taxi service, is part of United’s pledge to reduce its carbon footprint to net zero by 2050. To that end, the carrier has invested and placed orders of the smaller next-generation vehicles with Archer and Eve Mobility.

Similarly, it last year took an undisclosed stake in Heart Aerospace, and said it would buy 100 of its 19-passenger electric planes through its strategic partner, Mesa Airlines. That craft’s design has since been updated to the 30-person configuration.

Last month Heart Aerospace announced both Air Canada and Saab had joined as financial backers with investments of $5 million each.

While the former will fly around 60 miles on a single charge, the latter will initially have a maximal range of 200 miles that may be doubled by adding hybrid engines using sustainable fuel. And while United’s air taxis will – as their eVTOL designation suggests – takeoff vertically from compact vertiports, the Heart Aviation craft will require a runway of at least 1,100 meters when they come to markets in 2028.

Leskinen said their function as hubs for regional flights make Chicago O’Hare International Airport and Denver International Airport likely to be the first to feature Heart Aerospace planes ­– whose more economical performance may permit airlines to reestablish shorter routes throughout the US that have been halted in recent years as financially unviable.