Air passenger taxis and air ambulance are seen as the biggest eVTOL growth markets, according to research from Horizon Aircraft 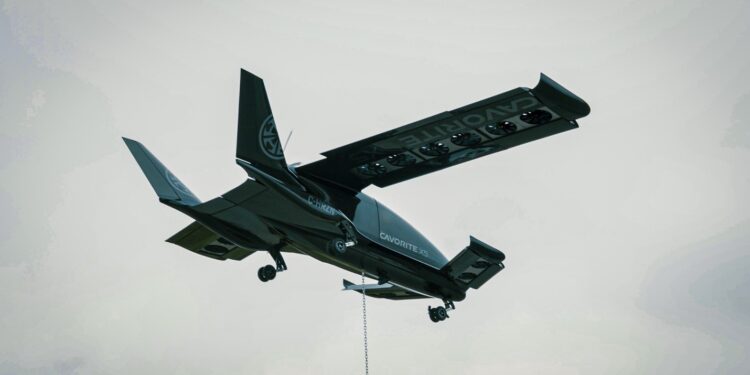 
Air passenger taxis, air ambulances and cargo transport are seen as the three areas of the eVTOL market that will see the biggest growth over the next five years. This is according to new research (1) from Horizon Aircraft, an innovative leader in hybrid electric Vertical Take-off and Landing (VTOL) aerial vehicles, with private equity and venture capital professionals.

Key to growth of the eVTOL market will be the development of battery technology making longer flights of over 100 miles more practical and sustainable. Four out of ten (40%) private equity and venture capital professionals believe battery technology will evolve enough over the next two years to make this achievable, and 29% believe this will be the case by 2025. A further 22% say this will be achieved by 2026 or 2027.

Overall, from an investors point of view, 97% of private equity and venture capital professionals believe that it is important that an eVTOL can be used in different transport markets – from air passenger taxi services to military operations.

Brandon Robinson, CEO of Horizon Aircraft said, “The versatility of eVTOLs is what makes many of them attractive to investors. We designed our unique aircraft to target early use cases that are underpinned by solid economics. Our aircraft doesn’t require significant regulatory changes, huge battery improvements, or new types of power systems; it is designed with current technology to do useful work today across a wide variety of missions.”

Horizon Aircraft, and its Cavorite X5 eVTOL are enjoying strong progress with several grants, a USAF contract award, and a flying large-scale prototype.

Horizon Aircraft is currently running rigorous testing of its 50%-scale prototype and developing a detailed design of a full-scale prototype as it pursues the next phases of the AFWERX HSVTOL challenge that could offer up to $35M in non-dilutive financing over the next three years.

In 2022, the US Air Force selected a small group of companies, of which Horizon Aircraft was one, to proceed with the conceptual development of a High-Speed VTOL (HSVTOL) aircraft. The initiative is supported by AFWERX, the Air Force’s innovation hub, and US Special Operations Command (USSOCOM). The HSVTOL program aims to develop an aircraft that could conduct a range of missions such as personnel infiltration and extraction, tactical mobility, and aeromedical evacuation.

The HSVTOL initiative attracted proposals from over 200 companies. These were narrowed down to 35 solutions of which 11 (that included the Cavorite X-series VTOL aircraft) were ultimately selected for investment in Phase 1 of the program.

Horizon’s innovative approach and technology allows its Cavorite X5 to fly 98% of its mission in a very low-drag configuration like a traditional aircraft. Flying most of the time as a normal aircraft is also safer and should make the aircraft easier to certify than radical new eVTOL designs. The full-scale aircraft will also be powered by a hybrid electric system that can recharge the battery array in flight while providing additional system redundancy. Comprehensive testing of this 50%-scale aircraft will reduce technical risk moving forward as Horizon continues the development of its full-scale aircraft.

(1) Horizon Aircraft commissioned the market research company PureProfile to survey 100 senior private equity and venture capital professionals to capture their views on their eVTOL market. Respondents were based in the US, Canada, UK, Australia, New Zealand, China, Hong Kong, Germany, and the UAE. The survey was conducted online in November 2022.

Building for the Future of EVs