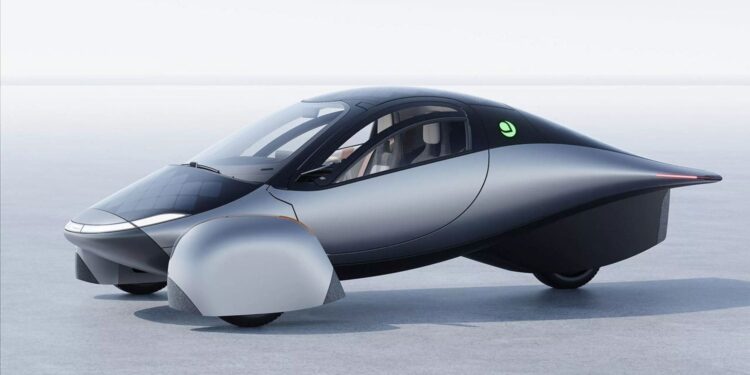 
Aptera Motors, the solar electric vehicle (sEV) maker, has announced that it will integrate the newly opened North American Charging Standard or NACS (formerly the Tesla connector) into its ultra-efficient vehicles. The NACS charging inlet and EV charging equipment will be built by Lectron, an industry leader dedicated to the widespread adoption of sustainable transportation.

In November last year, Tesla announced that it would allow other EV manufacturers to use its connector, officially renaming it the North American Charging Standard (NACS). Aptera Motors sees the NACS as less bulky and more powerful than its J1772 / CCS counterpart. Over 40,000 people signed the company’s petition to make Tesla superchargers and plug the U.S. standard.

“We’re thrilled about this news and applaud Tesla for allowing and encouraging the EV industry to utilize its superior technology,” said Chris Anthony, Co-CEO of Aptera Motors. “We believe Tesla’s decision is an essential step toward shifting the future of transportation to a more efficient and greener direction, and we look forward to adopting its connector in our sEVs.”

Beyond just announcing the choice of the Tesla/NACS plug, Aptera announced that EV adapter manufacturer Lectron would be supplying the NACS charging inlets and the EVSE (electric vehicle service equipment) for Aptera’s fleet of sEVs.

“We’re excited about the news of Tesla opening up its NACS to the transportation industry. We believe the growing EV charging market needs innovations like this which greatly benefit equipment builders and end customers,” said Christopher Maiwald, Founder and CEO of Lectron.

“We also believe in fast and efficient charging and that sustainability is the future of transportation. That’s why we’re excited to team up with such an innovative company as Aptera Motors. With their fleet of solar EVs, they are reimagining what an EV can be in terms of style and efficiency,” continued Maiwald.

By working with Lectron, Aptera is able to leverage Lectron’s EV charging innovations and expertise to deliver a premium charging experience to its customers. “We hope our collaboration accelerates the growing momentum behind the NACS. Here’s to universal EV adoption and moving toward a better future together,” said Anthony.

How much does it cost to charge an electric car?