👉Let’s Both Get Free Stocks! Sign Up To WeBull With My Link.
https://a.webull.com/i/IPOMarketWatch

Mullen is an aspiring EV manufacturer that came public in late 2021 via reverse merger. It has yet to produce a sellable vehicle.
The company’s stock has spiked ~316% in the past couple of months driven by retail investor euphoria over bold claims of ground-breaking technology, near term production of its EV vans, and a major as-yet-unnamed Fortune 500 customer.
Despite only spending ~$3 million in R&D in 2021, Mullen claims its solid-state battery technology is on track for commercialization in 18 to 24 months, putting it head of every major technology and automaker in the industry who have collectively invested billions on solving the problem.
Mullen recently press released an update on its battery testing, sending its stock soaring 145% in a day. In reality, the “news” appears to be a rehash of testing the company had already announced in 2020.
Mullen apparently misrepresented the test results, according to the CEO of the company that performed the tests. Its CEO told us of Mullen’s press release: “We never would have said that. We never did say it and certainly wouldn’t have said it based on the results of testing that battery.”
In 2020, Mullen announced a joint venture to manufacture its sold-state battery technology. We spoke with a senior executive familiar with the supposed JV who told us “It didn’t exist at all”. It was an apparent fabrication. He called Mullen CEO David Michery “fast talking” and a “hustler”.
Mullen’s battery claims were based on technology licensed from a 1-year-old Chinese battery technology company. After hyping the importance of the relationship, Mullen made one payment under the deal and promptly terminated the relationship. The Chinese company’s website no longer works.
Recently, Mullen shocked the market by claiming it would begin manufacturing 2 models of electric vans within months for an unnamed “major, major Fortune 500 customer”. The news sent its stock up ~35% intraday.
The 2 electric cargo vans that Mullen claims it will be manufacturing are actually Chinese EVs rebranded with a Mullen logo. Import records show the company recently imported 2 vehicles from China, one of each model.
Mullen has other major production hurdles. The company has no EPA certificates for its vans (nor any vehicle), a requirement to sell vehicles in the U.S. that often takes 12-18 months. It has only a handful of job openings for its plant, and hasn’t begun significant hiring, according to the President of the Tunica County Chamber of Commerce.
Previously, Mullen had announced purchase orders valued at $60 million for 1,200 Class 2 commercial EV fleet vans. The order came from a small cannabis retailer with only one location and a new online store that says it prefers to ship via USPS.
In 2019, the Mullen DragonFly was revealed as a supercar built by Chinese manufacturer Qiantu Motors and was meant to be rebranded and sold by Mullen starting in 2020. Following the reveal, Mullen immediately defaulted on its payment obligations to Qiantu, leading to termination of the agreement in October 2019.
Mullen continued to market the vehicle as its own. In legal documents, Qiantu alleges this is “an inexcusable misuse of Qiantu’s own intellectual property”. Despite the termination of the agreement, Mullen to this day still says the DragonFly is “Coming Soon” on its website and is soliciting $1,000 reservations for the vehicle.
For its other proposed vehicle, an electric SUV, Mullen previously announced it received an order for 10,000 vehicles, representing $500 million in potential revenue. We called the South Florida contractor firm that placed the order. It currently has only around 11 vehicles, none of which are electric.
Mullen’s plant in Tunica Mississippi was previously tooled to build a pizza delivery car, but prior owners never managed to sell a single vehicle.
Mullen originally said the 124,700 sq/ft facility would serve as a pilot plant, but after abandoning several other plant projects, Mullen now claims it intends to expand the plant 10x, or an additional 1.2 million sq/ft, with no details on how this will even be physically possible.

🔥 Disclaimer: Everything expressed in this video is a personal opinion provided for entertainment value only. I am not a professional nor a financial advisor. These are not instructions, suggestions, nor directions as to how to handle your money. Please, always do your own due diligence.
Under Section 107 of the Copyright Act 1976, allowance is made for “fair use” for purposes such as criticism, commenting, news reporting, teaching, scholarship, and research. Fair use is a use permitted by copyright statute that might otherwise be infringing. Non-profit, educational, or personal use tips the balance in favour of fair use. 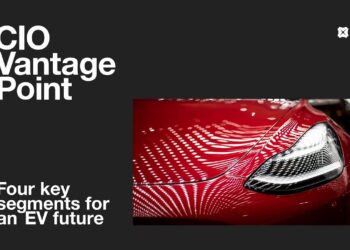 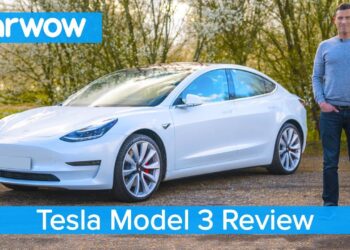 Need help buying your next car? Click http://bit.ly/Help-Me-carwow and my team and I will help you choose your ideal car... 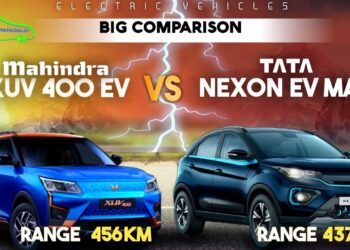