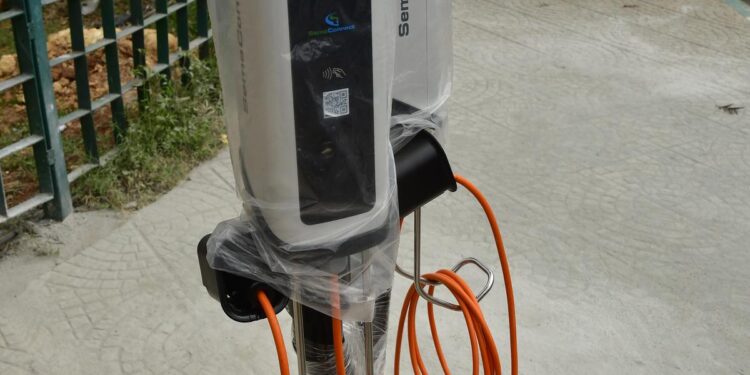 
BBMP issued a tender recently to set up the EV stations on a revenue-sharing basis for a concession period of 10 years.
| Photo Credit: file photo

As the sale of electric vehicles in Bengaluru is increasing, Bruhat Bengaluru Mahanagara Palike is all set to establish charging infrastructure in five locations in the city on a pilot basis. The areas are: Hennur flyover junction, K.R. Puram junction, Narayanapura junction, Cox Town, and Nagavara junction.

The civic body issued a tender recently to set up the EV stations on a revenue-sharing basis for a concession period of 10 years. Speaking to The Hindu, Jayasimha, executive engineer at BBMP-TEC division, said the purpose of setting up the stations is to help usher in an e-revolution in the city.

Mr. Jayasimha said the project was in its preliminary stage. “The stations will be set up in 75 sq.m. space where only two and three-wheeler EVs can use it. After assessing the success, we will set up stations in other parts of the city where even four-wheelers can be charged,” he said.

The bidder will be responsible for designing, engineering, financing, procurement, construction, operation, and maintenance of the electric vehicle charging station, he said.

Several government agencies and departments, including BBMP, BMTC, BMRCL, and BDA have given land to Bescom to set up EV charging stations.

Bharat Petroleum Corporation Limited in October had announced it would set up two fast-charging EV corridors — Bangalore-Mysuru-Coorg, and Bengaluru-Chennai — in South India in a few months.

Apart from this, private companies are also setting up charging stations in the city. Shell, an integrated energy firm, has chosen Bengaluru to set up its first set of EV charging stations for four-wheeler and two-wheeler segments in India.