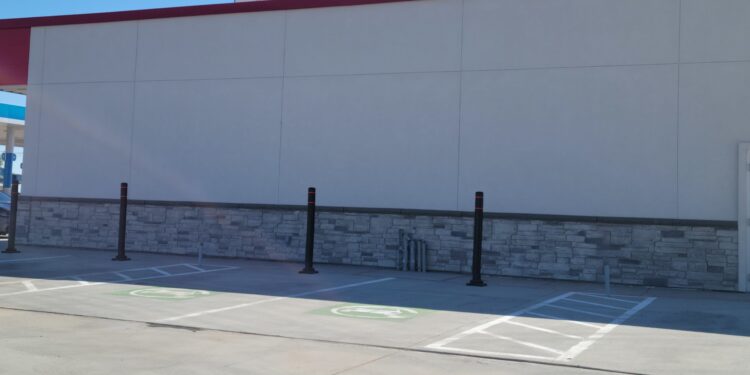 
A couple of years ago, the New Mexico Environment Department and NMDOT announced where the first batch of Dieselgate money was going. While the state had a variety of projects, dozens of sites around New Mexico were selected for EV charging stations, including DC fast charging sites throughout the state.

But, things since then have been frustrating for EV drivers. People who like to track future charging stations (like me) looked at state documents and found out (roughly) where most of the stations were supposed to go, and then added them to Plugshare. This may sound silly on the surface, but adding “coming soon” stations to Plugshare helps potential EV buyers decide whether they should consider an EV or get a gas-powered car. If they know charging infrastructure is going to happen, it could tip the decision in favor of an EV.

About a year later (2021), I wrote an article excitedly sharing the story of upcoming Francis Energy charging stations that would soon show up at Allsup’s convenience stores throughout the state. This would, of course, help people kick their gas habit, but with the little burritos the chain is known for, the gas was coming back! But seriously, it was great news for one of the poorest states in the union that had such minimal charging infrastructure.

But, then nothing happened for a year. People have been getting increasingly agitated at the lack of station building (a couple of stations in Carrizozo and Cline’s Corners are now up), so I reached out to Francis Energy and asked them what was going on. They told me that COVID-related supply chain issues kept them from finishing out the installations. They hoped at that point to have several stations up by the end of 2022, and then the rest in 2023.

I went out to the nearest future station to me in Alamogordo, New Mexico, and checked it out for myself. Allsup’s had built an entirely new station, and had done all of the wiring for DC fast charging. They even had designated EV charging spaces and everything, but with one very notable thing missing: the stations themselves.

Now, it’s the last day of 2022, and the station construction they hoped for hasn’t happened. I did reach out to them again, and they told me that supply issues were a continued problem, but that we should still expect the rest of the stations to go online in 2023 as gear arrives.

Potential Good News About These Delays

In November, I missed a piece of news from NMDOT that sheds a little more light on some of these stations (hat tip to ArtiePenguin1, a guy who makes travel videos on YouTube, for pointing this out to me). DOT announced another round of Dieselgate funding for DC fast charging stations around the state, but with an interesting plot twist: some of the stations were getting funded a second time.

One really good thing about the announcement is that it gave more precise addresses for a few of these second-round stations, which I was able to use to help update Plugshare’s information. Plus, I was able to add a few new upcoming stations! Exciting ones include Cuba, NM, and Farmington, NM, which would open up a new route to the Four Corners area. Many small towns in northern New Mexico are also slated to get rapid charging. One odd one is that Columbus, NM (yes, that small town that Pancho Villa invaded in 1916) is even getting one.

But, this leaves some open questions about why a bunch of these stations both appear in the 2020 announcement and the 2022 funding announcement. We know it’s not just the same funding being announced twice, because there are new stations and old ones that don’t appear twice. Plus, the completed stations don’t get a mention.

So, why would they get more money for the same stations? There are several possibilities.

The best case scenario is that they’re putting in either more stations or faster stations. It’s possible that the state wanted to get these stations to NEVI standards, or in other words, they wanted these new stations to be compliant with the Infrastructure Bill’s requirements (4x 150 kW stations). If that’s the case, this is great news, because past Francis Energy stations have only been 2x 62 kW.

The middle-of-the-road scenario here is that the stations are costing more than anticipated, and the state didn’t initially give them enough money to get over the finish line. If that’s the case, we’ll get exactly what we’ve been expecting, so that’s not a bad thing.

The worst case scenario is that the NM state government is corrupt, inept, or otherwise just gives people money for nothing. I’m not making that accusation, but it wouldn’t be unprecedented for contractors to double dip and get money twice. This possibility had to be mentioned to be thorough, but there’s absolutely nothing to indicate that is happening, and it’s extremely unlikely.

I sent an e-mail to Francis again asking about what they’re doing with the second round of funds. I haven’t heard back yet, but will probably hear something in a few days once New Years’ is over with. I’ll post another article when we hear back and get more information on what’s happening with these new stations.

Travel Is Going To Be Much Better

Probably the biggest news is that the US-550 corridor from Albuquerque to Farmington is going to get some DCFC love. It’s not an interstate highway, but with the Grand Canyon blocking up most of northern Arizona, it’s an important corridor for getting from New Mexico, Texas, and the South to Utah, Idaho, and the Pacific Northwest.

Complete our 2022 CleanTechnica reader survey for a chance to win an electric bike.