BTC Ends 2022 in the Red, but History Shows it Has Never Had 2 Consecutive Red Years in a Row 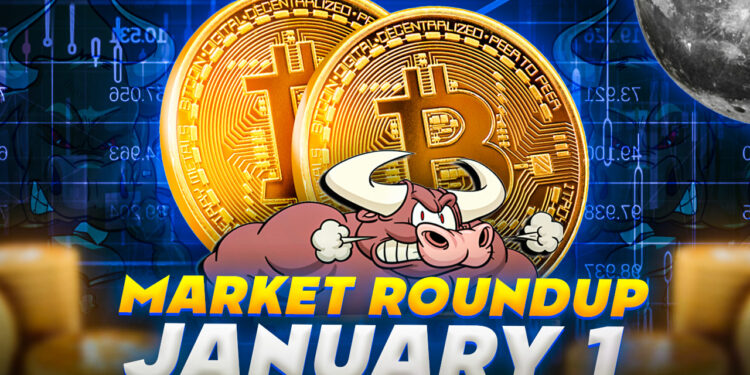 
Bitcoin price prediction is neutral during the US session, but BTC has shown a slight bullish recovery, having bounced off above the $16,430 level. Yet, the narrow trading range of $16,400 to $16,750 is still intact.

Overseas investors who purchase bitcoin in the United Kingdom through local investment managers or brokers are no longer subject to capital gains tax as of this past Sunday. Prime Minister Rishi Sunak announced the tax exemption in December as part of his aim to establish the UK as a global hub for the bitcoin business.

Tax information for cryptocurrency sellers who live in the country is already available. In July, HM Revenue and Customs issued a consultation to hear from investors and professionals about taxing decentralized finance (DeFi).

The Financial Services and Markets Bill is presently being debated in parliament, and if passed, it will grant local financial regulators greater jurisdiction over cryptocurrencies. The UK Treasury intends to issue a consultation on how the cryptocurrency business should be regulated in the coming weeks.

Cash held by FTX clients in Japan throughout the bankruptcy process will be released to them soon. FTX Japan and FTX Liquid, both of which are owned by FTX, are working on a withdrawal system that should be ready by the middle of February.

On Thursday, FTX Japan and Liquid, two FTX-owned Japanese cryptocurrency exchanges, informed to their subscribers that withdrawals would be available by the middle of February. Both cryptocurrency markets made the following statements:

We’re moving forward with system development so that customers of FTX Japan and Liquid Japan can withdraw their funds directly through the Liquid Japan website.

Customers of FTX Japan will need to register with Liquid and move their assets to the Liquid platform before they may withdraw cash. By the middle of February, the exchanges say they will begin processing withdrawal requests. It was earlier this year when FTX acquired the Japanese exchange Liquid.

One of the first crypto exchanges to gain approval from Japan’s main financial regulator in 2017 was a part of the deal’s Quoine Corp. (FSA).

The current bitcoin price is $16,624, with a trading volume of $9.5 billion in the last 24 hours. Bitcoin’s 4-hourly chart shows that the cryptocurrency is finding strength near $16,460, where an upward trend line can be seen.

Given the market’s fear of loss, investors are looking for safer but higher-yielding options. The greatest pre-sales on the market are open to early investors.

The FightOut (FGHT) platform functions similarly to a personal trainer, with the exception that the FGHT token is proactively awarded for workout time. All activities are recorded and can be used to improve one’s metaverse avatar’s statistics.

Earning FGHT tokens provides an additional incentive for customers to adopt a healthy lifestyle and exercise while reaping the benefits of blockchain technology. FightOut has thrived and attracted investors despite the general lack of liquidity in the bitcoin market.

It has already raised more than $2.5 million through its token sale, which began last week. The current selling price of 60.06 FGHT for $1 (FGHT may be purchased with ETH or USDT) will rise as the sale goes.

Dash 2 Trade will be an Ethereum-based platform that will provide real-time analytics and social trading data when it starts in early 2023. Trading signals, on-chain analytics, strategy-building tools, and newsfeeds will be among the first features, assisting both novice and experienced traders in keeping up with the volatile bitcoin market.

With barely 6 days left in the presale, Dash 2 Trade, one of the most crucial ICOs of 2022, has unveiled its dashboard beta. D2T has received around $11.9 million in venture capital so far. D2T is the system’s access coin, and it is now worth $0.0533 in the presale after selling to investors for $0.0476 earlier.

C+Charge (CCHG) is a peer-to-peer payment system for electric vehicle (EV) charging stations based on the Binance Chain. It plans to increase consumer access to carbon credits by rewarding those who charge their electric vehicles at its terminals, which will be operational in the second quarter of next year.

The platform has already agreed to add 20% of Turkey’s EV chargers to its network, demonstrating its scalability. 1 CCHG costs $0.013, and can be bought with BNB or USDT. The effort has so far raised more than $55,844 in pre-sale dollars.