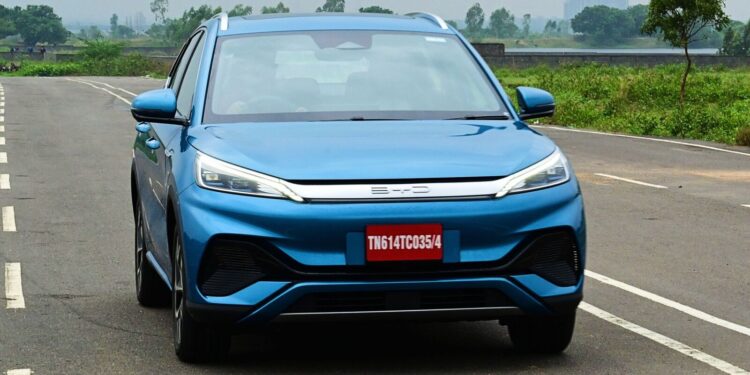 BYD Atto 3 is a C-segment crossover/SUV, which is also known as BYD Yuan Plus in China. It is available in various markets globally and was also launched in India earlier this year. It is one of the hottest battert electric vehicles on the market right now and has globally seen nearly 30,000 units of sales in November itself.

Nyland noted that the Atto 3 can beat the WLTP range rating in good weather conditions at a temperature of 25°C. He noted that at a speed of 90 km/h or 56 mph, the average energy consumption amounted to 134 Wh/km or 216 Wh/mile. When combined with the estimated usable battery capacity of 59.6 kWh, it turns out that the driving range is as high as 445 km or 277 miles.

Recently, the BYD Atto 3 also received a 5-star safety rating from the Euro NCAP. It secured 91 per cent for adult protection and 89 per cent in the child safety segment. On the safety assistance segment, the EV has scored 74 per cent. The five-door electric SUV comes equipped with safety features such as seven airbags in the top-spec trim. It also gets Level 2 ADAS features, making it one of the safest electric SUVs.

Euro NCAP crash tested the left-hand drive (LHD) version of the car, but the rating applies to the right-hand drive (RHD) model as well. The test has revealed that the BYD Atto 3 electric SUV remained stable during the frontal offset test.