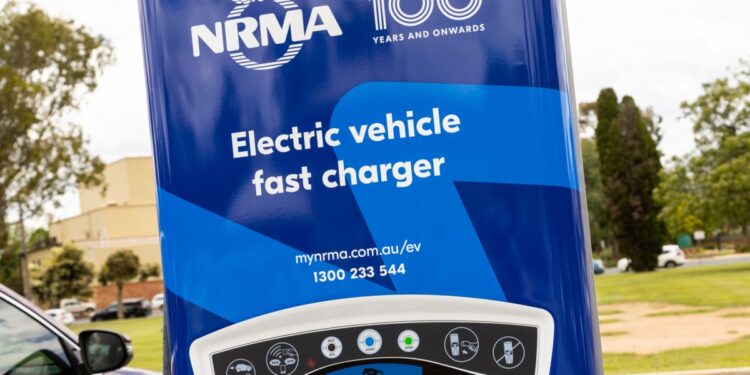 At its first council meeting of the year, it was recommended the council invite operators of public carparks on private land across the shire to express their interest in hosting the chargers and to help them make submissions to the NSW Office of Energy and Climate (OEC).

Council CEO Anthony McMahon said this step was about data collection to gauge interest in hosting charging stations, as the council already had been approached by EV charge point operators Evie, Tesla and RACV Solar.

“[It’s] about how we navigate the approaches we’re getting from other parties who actually want to establish [this infrastructure], either funding it themselves or through grants they may have received,” Mr McMahon said.

“It’s really about providing a way for charging stations to be put in place.”

Councillor Helen O’Neil also added to the motion that these operators could be asked whether they’d be interested in hosting other types of charging stations, such as destination chargers, to assist with planning.

“This is such a fast-moving area, there are new technologies and new players, and we need that data if we’re going to actually look after the infrastructure, so it’s good initiative from council staff,” she said.

She noted Bermagui Co-op, Cobargo Co-op and Tathra Hotel had all recently received $10,000 grants to install destination chargers at their businesses, but it was vital to explore more powerful options.

“It is crucial in the future that there are ultra-fast chargers on the highways, and I’m obviously thinking about places like Cobargo and Eden,” Cr O’Neil said.

“You’ve got to be part of the change to benefit from it.”

At the same time, the council would identify suitable locations in its own carparks.

“Electric vehicles made up 9.5 per cent of new-car sales in the ACT in January to September 2022, a key visitor market for the shire,” council papers noted.

“With the ACT leading the uptake of EVs, providing charging facilities will ensure the Sapphire Coast does not miss out on this key market.”

“There is a risk that the supply of charging infrastructure will be insufficient to meet growing demand,” the report noted.

“Charging facilities will become increasingly important to the visitor economy, driving visitation to nearby businesses and attractions.”

It was also noted the infrastructure would be needed for drivers passing through the shire, as well as locals who don’t have charging capacity at their homes, such as apartment dwellers.

As EVs need at least 30 minutes to charge, the report noted it would be ideal for the chargers to be erected close to amenities and services.

NSW Government funding for charge point operators is available through to the 2024-2025 financial year, with Bega and Merimbula identified as “optional zones” in the NSW Electric Vehicle Fast Charging Infrastructure Master Plan, which means the areas are more likely to be funded under the scheme.

Eden has not been included as an optimal zone.

The council has already identified several potential EV charging sites in its carparks across the shire.

These include near and on Lamont Street in Bermagui, near Bega Pool, near Bega Recreational Ground, the Tathra Surf Club carpark, Andy Poole Drive and Bega Street in Tathra, near Merimbula’s basketball courts, the yet-to-be-built Beach Street carpark in Merimbula, Bennett Lane carpark in Pambula and near Imlay Street in Eden.

Tesla has already secured NSW Government funding to install chargers at the University of Wollongong campus on Auckland Street in Bega; however, it has sought a more suitable site that could service more vehicles.