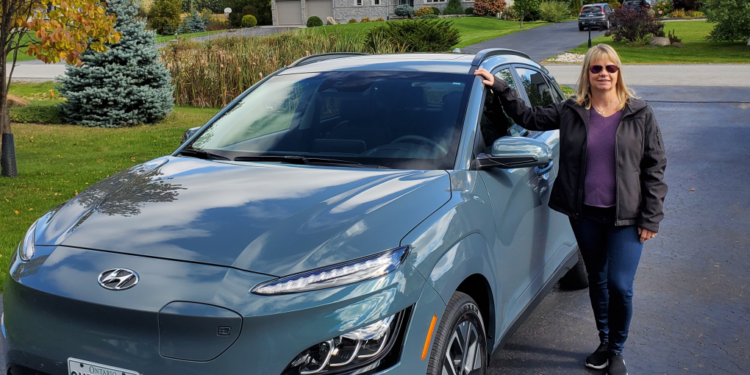 An Ottawa woman says she was left frustrated and upset after facing issues charging her electric vehicle at ONroutes along Hwy. 401 over the holiday season.


Maureen Huxter and her husband travelled from Ottawa to near Bowmanville, Ont. on Dec. 20. Huxter says it was the first time she had taken her new car on a long distance trip.


“What would typically be a 3-and-a-half hour, 4-hour trip, say with one stop, turned into five or six,” she says.


Huxter says her first stop at the Napanee ONroute had a slow EV charger, which she was warned about, so after 30 minutes she decided to drive to the next station in Trenton, almost an hour away.


There, she says all charge attempts failed. When she called customer service, Huxter says an agent explained that it had been that way for days.


“Immediately, I’m furious, because it’s not like there’s a fast-charging station everywhere,” she explains. “I mean, they’re few and far between…I was upset that this had been reported several days earlier and a technician hadn’t been out to look at it.”


The stations are run by Ivy Charging Network, which is a company owned by Hydro One and Ontario Power Generation.


Rolled out last year, these charging stations are part of a push by the province to get people to buy EVs and encourage people to feel comfortable driving the vehicles long distances by providing them at the rest stops throughout Ontario.


Similar complaints of defective charging stations have been made online by users.


Kitchen says there can be many external factors that can affect the charging speed, and that while they monitor service networks, sometimes updates, “aren’t posted quickly enough.”


“We are aware of the challenges that customers may be experiencing at select charging stations across our network with less-than-optimal charging speeds. We are working with our suppliers to resolve these issues as soon as possible and appreciate our customers’ continued patience,” the statement said.


Ivy Charging Network says that any affected locations will have charging fees reduced to compensate customers.


“I think as a new EV driver, people have what’s called ‘range anxiety.’ You need to feel confident you’re going to get to your destination or find a fast-charging station en route,” she explains. “It is vital that these fast-charging stations are available, fully operational and if they’re not, I mean, things break down, that’s understandable, (but) that a technician gets out there quickly.”

Lucid shifts to Panasonic batteries, some to be US-made