Electric Charging for eVTOL Aircraft Is Different From Cars 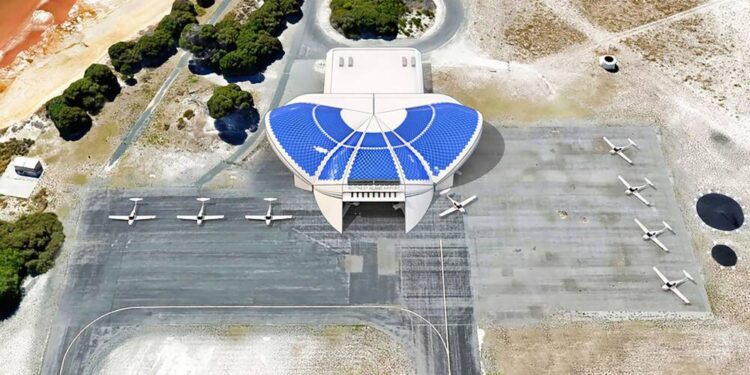 
If you think you can model eVTOL aircraft charging based on the same systems used for electric cars, think again.

That is the message from Josh Portlock, the CTO of Electro, an Australia-based company that manufactures electric aircraft charging products. Portlock delivered his pitch at the recent Vertical Aviation Safety Team (VAST) conference.

“The electric aviation revolution is coming and we are going to need high power standardized charging infrastructure to scale with global demand,” Portlock said. “Aviation charging is very different from automotive charging. Aircraft can’t drive right up to the charger like a car can, and they have wingspans to deal with. You need to move the charger and plug it into the aircraft because it’s likely out on the apron, with maybe half a dozen aircraft that might be in the way. You want to make sure that you can, as quickly as possible, start charging an aircraft.”

Aircraft are also going to need more power, which means thicker, longer, and heavier charging cables, perhaps integrated cooling systems for MW capability, high voltage to the site, and the ability to bank power on site from both the grid and on-site generation from sources such as solar.

And the industry needs to continue its work on the standardization of charging hardware, including power plugs. “There’s more than half a dozen different DC fast- charging standards in the world,” Portlock noted. “Now that’s fine if you are a Tesla [electric car] and you’re building millions of cars, have hundreds of engineers, and can cater for all those different standards when you ship your cars around the world; but not so much when you’re a low-volume aircraft manufacturer with an international market. You want that same aircraft to be able to charge with the same standard anywhere in the world. As [eVTOL] aircraft range gets longer, you want to be able to fly between regions, between countries, without having to use adapters and carry additional charging hardware with you.”

That philosophy includes eschewing AC/DC charging converters on the aircraft or AC couplers on power plugs in favor of wheeled, portable, DC fast chargers with dual ports that can be easily moved by one person up to the aircraft. Electro has developed several of these Rapid series DC chargers in the 30- 80-kW power range that are compatible with SAE AS6968 standards developed for the design and minimum performance requirements of the connection set of conductive charging systems used for charging electrically powered aircraft.

The 80-kW charger features Wi-Fi and Bluetooth connectivity to enable telemetry reporting and over-the-air software updates and is rated IP53 for resistance to water sprays and dust. (IP or “International Protection” is the standard developed by the Comité Européen de Normalization Electrotechnique to rate the durability of electronic devices against external influences.)

According to Portlock, focusing on DC charging eliminates the weight, cost, and complexity that come with the ability to plug directly into AC. “In the automotive industry there’s a lot of adapters out there and some were illegal and not recommended from a safety point of view. There’s something I want to avoid in aviation if you don’t have to carry around extra things,” he said.

Concurrent with the chargers, Electro developed an Electro Management System (EMS) that Portlock calls “the brains of our charging system. It’s on our latest smart chargers and we as well are selling it to aircraft manufacturers to install on the [aircraft instrument panel] or the [charging] inlet, allowing [customers] to rapidly adopt AS6968 and work with their preferred battery management system to communicate with the redundant battery pairs.

“The EMS can serve as an inlet management system on the outside of aircraft and allow the [ground] charging crew to quickly see the state of the batteries and decide whether it’s at the capacity required for the next mission,” Portlock explained. Having the EMS on the outside of the aircraft precludes the need for human presence in the cockpit during charging and allows ground crews “to monitor the charge and decide when to finish charging. The pilots can focus on piloting, the ground crew can focus on charging, and the operation can be a lot more time efficient.” The EMS combined with the charger allows remote monitoring, billing, and maintenance including over-the-air updates. It also facilitates remotely started charging.

“The aircraft can be set to idle, sleep, or fully off and we can wake it up over the charger and start charging remotely if needed,” Portlock said.

The company is also working on 200- and 400-kW superchargers for larger electric aircraft, but the ability to use such devices is dependent on having sufficient electric power at the vertiport or airport. “The real bottleneck in the charging infrastructure is the energy systems. Where is the energy going to come from?” Portlock asked.

He thinks the answer requires a multi-prong solution. “There’s often a limited amount of grid connectivity at airports, so adding energy storage systems to supplement the peak power is important. Obviously adding solar to recharge those energy storage systems is a sensible, cost-effective, renewable way of providing that energy. It’s a balancing act. You don’t want to have too much solar and not use it and you don’t want to have too many [storage] batteries and not utilize them. You have to size these systems right for the energy demand of your fleet,” he said.

Rather than focus on whole-airport solutions, Electro is developing “smart hangars” designed to help airports, aircraft manufacturers, and operators size their solar and storage systems, Portlock said. The smart hangar is a scalable solution comprised of several components connected by smart communications systems and chargers. Not only can each hangar’s systems grow to meet changing fleet size, but systems in multiple hangars can be linked to create a “virtual power plant” on the airport.

“Smart hangars are made up of more than half a dozen subsystems,” Portlock explained. “Our chargers and the smarts in them communicate to the energy storage systems and the renewable energy generation sources. But you also need solar inverters and smart meters connected to the grid to make sure you’re not going to brown-out the grid connection. The batteries can be very scalable to the point where you can start with, say, lithium-phosphate batteries for affordable fixed-energy storage systems and then utilize repurposed aircraft batteries as supplements in the future. This scalable battery architecture is really important for the future of airports. The virtual power plant is the overlaying cloud software that communicates to all of the systems, including multiple different airport hangars so that they can actually aggregate the power and share it.”

Portlock stressed the need for “dynamic load management” to make the system work. “It is important to maximize your sustainable energy consumption, minimize your capital expense, and monetize smart hangars. By being able to distribute the energy locally, you can actually peer-to-peer trade the energy with your neighbors, so that you’re sharing that excess energy if you have oversized your solution,” even if that is done intentionally to future-proof for more self-consumption eventually.

He said the typical smart hangar customer will develop capability in stages. “First, you want to size a smart hangar for self-consumption for your existing loads, enough energy to power the first couple of aircraft and all of your existing terminal loads, like your air conditioning and lighting, with sustainable energy. By doing this, you’re aggregating the existing grid connection with your sustainable energy and storage systems. Stage two is, once you have enough of those distributed energy solutions within the airport, you can trade peer-to-peer on the embedded network. This fully utilizes your excess solar with your neighbors, rather than necessarily fitting it back into the main grid with a minimal return on investment.

“Once you’ve aggregated enough of these energy storage and solar systems at the airport, you are now multi-MW-capable of grid augmentation so virtual powerplant software can aggregate the distributed energy and allow peak demand and frequency control. You can also effectively be giving back to the community by providing battery backup systems for emergency services within the airport district,” Portlock said.

But not even all this renewable peer-to-peer capability will completely ameliorate the need to upgrade from-the-grid electrical service at smaller airports and heliports, said Portlock. “It’s a mix of the two. You want that grid connection for overcast days and you want renewable energy for affordable power.”